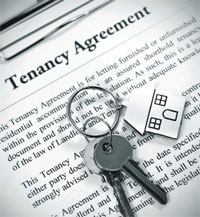 The National Landlords Association (NLA) has called on the government to think again about its proposed longer tenancies legislation following a meeting with new junior housing minister Heather Wheeler.

The NLA’s CEO Richard Lambert met with her yesterday along with representatives of ARLA, RICS, NALS and the RLA to discuss government priorities for the private residential market ahead of a busy year for the government.

This will include widening regulation within the HMO sector, the tenant fees ban, stricter energy efficiency regulations and a consumer and industry consultation on longer ASTs to increase tenant security.

It is this last measure that is exercising minds at the NLA. During the meeting, the organisation says it pressed Heather Wheeler (pictured, below) to “think beyond simplistic calls for longer tenancies and look at how best to incentivise landlords to offer a wider range of tenancies to cater for the increasingly diverse range of what tenants may need”.

ARLA also made an interesting point on longer tenants recently, which is likely to have also been put the minister, based on research by Capital Economics.

It suggests that by abolishing tenant fees, which is scheduled to become law next year, the market will favour those who move more often and punish those who stay put in longer tenancies.

“With its self-professed focus on tackling the housing crisis, it is vital that the government recognises and supports the prominent role that the private rented sector plays in housing over twenty percent of UK households.

“Through the forthcoming ban on letting fees and other proposals the government has shown it is more than willing to intervene in markets when it perceives them to be failing consumers.

“We urge the minister and her colleagues to work with the NLA and others to ensure that any intervention made is necessary, proportionate and maintains a fair regulatory regime within which landlords can continue to run their business.”