Sign in or Sign up
The essential site for residential agents
Home » News » Marketing » This is ‘best property video ever made’, claims estate agency
previous next
Marketing

This is ‘best property video ever made’, claims estate agency

Fine & Country Windsor has spent a small fortune on the 18-minute movie, which features actors, horses, supercars and a helicopter.

A Fine & Country branch in Berkshire has filmed what it claims is be the ‘best property marketing video ever made in the UK’.

The lavish 18-minute film has been shot by the company’s Windsor office featuring supercars, a helicopter, models, actors, polo horses, a clay pigeon shoot and a firework finale, shot over 14 hours with a crew of eleven people.

Costing approximately £10,000 and fronted by partner agent Damion Merry, the agency is laying claim to the accolade – although there may be some other agents who would disagree with that.

The mini blockbuster is for Hartford Manor near Windsor, some 28 miles from central London and featuring six bedrooms, 23,000 sq ft of space, 40 acres of grounds, equestrian facilities and a pool – and a price tag of £20 million.

Other highlights include a jacuzzi, three bedrooms for staff and the property comes with the existing art and sculptures installed by the current owner. The mansion was built three years ago. 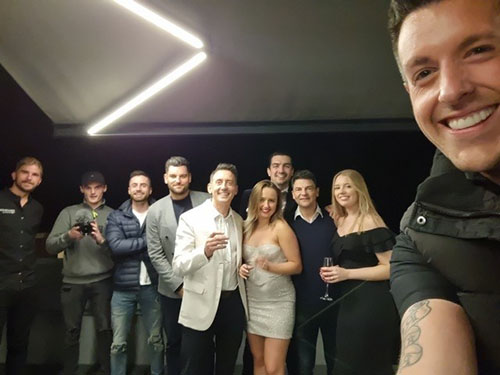 He says: “We are not just selling a home, we are selling a lifestyle, so it was important to demonstrate what country living is like.

“My colleague Damion did a brilliant job presenting the video and I would like to say a big thank you to the whole team involved in the production. We will be holding an Open House event for this property on Sunday 28th November.”

The video is not the only unusual thing about the property’s marketing – it is not being uploaded to Rightmove or any other portals.