Sign in or Sign up
The essential site for residential agents
Home » Features » Does outsourcing offer lower costs when times are hard?
previous next
Products & Services

Does outsourcing offer lower costs when times are hard?

Joanne Christie discovers how some agents manage the ups and downs of business in uncertain times. 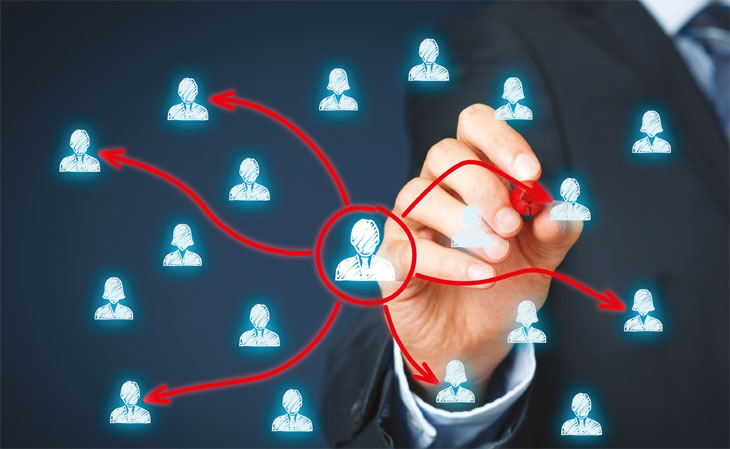 When it comes to predicting what’s in store for the housing market, it’s anyone’s guess. From the wild variations between house price indices, market monitors and expert opinions, the only thing we can truly be certain about is that we’re living in uncertain times.

The difficulty for many agents is that when nobody has a crystal ball, it’s hard to plan ahead – and it’s particularly difficult to make staffing commitments. James Wyatt, partner at Surrey estate agency Barton Wyatt, outlines the dilemma. “Last year was a terrible year at the top end of the market, sale prices are in the multimillions and that part of the market got shot to pieces. Quite bizarrely this year started incredibly well. We’ve done 70 per cent of last year’s sales already but whether it is going to be sustained or not is another matter.”

Fortunately, there are plenty of ways to get extra help when, and only when, it’s needed, by outsourcing. James outsources a number of services, including IT, graphic design and PR, and varies his spending depending on market conditions. “The whole point about outsourcing for small businesses is of course that when times are tough you can just turn the tap off.”

Benjamin Hodds, Managing Director at Leeds letting agency YourNest, points out that as an agent with 50 per cent of its business coming from student lets, it’s not market conditions but cyclicality that drives the business to outsource. “Student letting agencies have unique demands. For about three months a year from the end of November to the end of February we expect about five times the footfall to come through our door and about five times the amount of enquiries to come to us as the rest of the year. So obviously we need to outsource or at least get in some temporary staff to help us with our workload. We will always have no choice but to outsource – we couldn’t afford to hire someone 12 months a year just to cover our busy period.”

When it comes to the customer service side of their business in particular, however, many estate agents are reluctant to hand over representation of their brand to outside parties.

Samantha Jones, commercial manager for property at telephone answering business Moneypenny, admits this is a concern estate agents have expressed, but says it is one it has been able to allay. “Initially, a lot of estate agents were worried that they would lose business if they didn’t have the right people answering the phone but they have been really delighted with it because what is has done is it has freed up the people in the office to meet with the clients who walk in. Then those people who are making telephone enquiries are able to be taken through to Moneypenny, have their call seamlessly answered and it seems like it is in the agent’s own offices.

“PAs are trained on the brand so they know the areas, what the business is trying to achieve, and they know the staff.” Moneypenny has 54 PAs dedicated to the property sector and between them they answer about 1.5 million calls per year, some of which are out of hours calls even agents with an excess of staff could not possibly hope to answer.

“We can provide a 24 hour service seven days a week so agents don’t miss any calls, because a single lead can represent quite a lot of money when people are buying a house. We have statistics to show that 69 per cent of people don’t like to leave voicemail messages and they simply won’t – so if your phone goes through to voicemail you’ve potentially lost a great lead.

Filling the gaps in estate agents’ existing provision is also the goal of Viewber, the outsourced viewing service started up last April by former Douglas & Gordon director Ed Mead. “It is for anybody who has a hole in their service in any shape or form. The service is 24/7 and we have full UK coverage. We’ve done over 1,000 viewings to date and they’ve been in the most extraordinary geographically locations.

“Our take-up at the moment is about 70 per cent High Street agencies because what we’ve discovered is that there are an awful lot of high street agents who’ve invested a lot of money in their brand but still can’t service all their viewing requests as they are too far away.

We can’t be in two places at once. Many buyers are coming from London for a weekend and booking back to back vieiwings over a weekend. Miles Kevin, Chartsedge.

Miles Kevin, Director at Devon and Cornwall agent Chartsedge, is an agent who fits into this category. In an ideal world, he says the agency would do all its own viewings, but due to the huge geographical area covered it sometimes isn’t possible and he’d prefer to outsource than miss out on a potential sale. “We can’t be in two places at one time. A lot of buyers are completely out of county, they’re coming from London or Bristol and they are down for a weekend booking up viewings back to back over a weekend and we need to be able to do it at a specific time.”

“We have only started using Viewber over the last year and so far we’ve done about a dozen viewings through them and sold one property.

“It was a small one actually, probably about a £2,500 commission. We buy viewings individually and it costs about £30. But if I could do one appointment for every commission like that I would be very happy.”

For many agents it isn’t simply a matter of not having time, but thinking their time could be better spent elsewhere. John Ascroft, director of Lancashire agent Home Truths, says this was the primary motivation for his decision to outsource floorplans. “We did have floorplan software but to be quite honest I spent hours drawing floorplans whereas we can send our rough sketches off and for £3 they are turned around by Houseviz within no more than 24 hours.”

Before and after: Blue sky to brighten this photo.

Ascroft says the agency also recently decided to outsource photography, although for different reasons. “It was quite a big decision but a lot of our competitors either did or were starting to advertise that a professional photographer was provided as standard.

“As well as the perceived added value, as much as it pains me to admit it because we were generally complimented for the quality of our photographs before, the pictures our photographer produces for us now are better.”

John Durrant, founder at photo editing provider Doctor Photo, says Ascroft’s move is in line with a general shift in thinking among agents. “Agents are realising that property photography is important to them because photography creates the first impression, which is great except for the fact that it is quite costly. I had one agent contact me who would take on four houses a week and photography was £300 a time so that is £1,200 a week spending on property photography.”

Before and after: A fresh tidy kitchen!

Although Durrant does also take photos, Doctor Photo’s main business is picture editing; for £2.20 a picture, though the price drops when volumes become higher, it will give property pictures a ‘facelift’, correcting images to make them more appealing for buyers.

As with the other facelift, however, there’s only so much that can be achieved after the damage is done so editing is best combined with some form of photography training for agents. “Ideally we would have a situation where they took average photographs and we’d make them look awesome but at the moment a lot of what we get are photographs that are actually look quite poor so we’re only actually able to get them to average,” says Durrant. “But at least that’s better than them looking awful.”

The idea of partially learning a skill but having it perfected by someone else extends further than photography and this leads us to another big reason estate are outsourcing: a lack of expertise.

YourNest’s Hodds says this is one reason he outsources his social media to local agency iProspect. “It is definitely something we are not specialists in. Everybody plays around with it, including me, everyone has a certain understanding of it and the importance of it but when you see a professional do it it makes a difference.”

James Wyatt has a similar view on PR, outsourcing to AB Property Marketing. “We have some interesting properties and we have some celebrity-type stories which I knew were of interest but whenever I tried to get some PR out of it I always failed – the way PR works best is through a PR agency. They know all the journalists well so they are always going to have a better chance of getting PR than us doing it on our own.”

AB Property’s founder Charlotte Ashton says PR can also be a way for agents to weather any downturns in the market, such as the one we are debatably either in, or are about to be in, now. “Throughout the recessions of 2008 and 2011-12 there just was no money at all but a lot of our clients kept on doing PR because they thought ‘Right, I could spent a couple of thousand pounds a month and get mentioned in eight or ten articles whereas I couldn’t even get a quarter page ad in a national newspaper for that.’ Return on investment was quite high.”

None of us knows what’s in store for the property market this year, but given that’s the case, it’s a good idea to be flexible about making financial commitments and that’s exactly what many agents are doing by outsourcing.