Time to focus on success

Designs On Property tracks and summarises the property indices. Kate Faulkner says, “With a slowing sales market and tenant fees to be banned next year, agents must look to see where they can maximise listings that they can actually sell or let.” 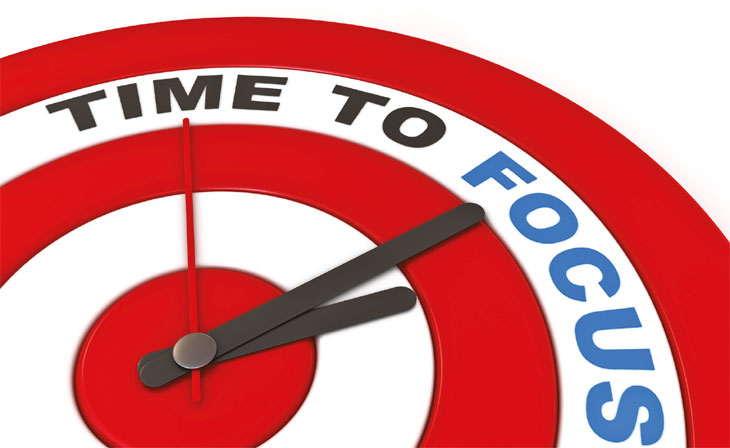 Average prices across the indices vary from mortgaged-only prices from the Nationwide HPI of £213,618, through to marketing prices (ie not necessarily sold) from Rightmove of £308,075, and actual prices from LSL Acadata HPI of £302,252 – a 44 per cent difference. Average sold prices from the UK HPI stand at £224,144.

Kate says: As we go through the year, the annual change versus 2017 for all the indices is falling, although Land Registry figures lag behind. This time last year we were reporting growth from 2017 vs 2016 of between two per cent and 4.4 per cent, while today average rises in prices are only just keeping ahead with growth around one to two per cent.

However, according to LSL Acadata, this is mostly driven by poor performance in the capital: “Compared to London, the housing market in the rest of England and Wales looks robust. About three quarters of all unitary authorities have recorded a price rise over the last year.”

And, as many an agent in London has previously benefited from good price growth since as far back as 2009, overall we have a market where people are still buying and selling property, albeit at a slower rate. The Sunday Times reported figures from sales progression experts View My Chain, suggesting the average chain remains three properties long, but sales are taking longer, an average of 105 to 115 days. This means agents who pride themselves on sales progression are more likely to survive and succeed as the market slows, hopefully seeing fewer fall-throughs than those who leave the hard work of holding purchases and sales together to everyone else.

Sales are taking longer, so agents who pride themselves on sales progression are more likely to survive and succeed.

Kate says: Country-wise, Scotland appears to be booming – aside Aberdeen. Wales is hitting the headlines, according to LSL, prices have increased by 4.8 per cent annually. However, this is not natural growth, but government forced to avoid the rise in the new Land Transaction Tax seen in April. As a result though, six of the eight most expensive local authority areas in Wales set a new peak price in March.

From a city perspective, Hometrack points to Bristol as one of the top performing cities over the last five years, growing nearly nine per cent, while the new ‘northern property price powerhouse’ of Manchester tops this year’s price rises, growing at 7.7 per cent.

Hometrack’s view is that the likes of Manchester will continue to perform well, coupled with Birmingham, Leicester, Nottingham, Cardiff, Sheffield and Edinburgh. However, with news reports creeping into the media about slower price growth and increasing ‘uncertainty’ in the economy, and more reports of job cuts and problems on the high street, I think there is a chance capital growth will pull back in many places by the autumn.

LSL Acadata HPI:
“Struggles with affordability are most pronounced in London, the only region in England and Wales to see prices fall on an annual basis and prices are down 2.5 per cent on last year. Price falls continue to be concentrated at the top of the market. Overall, two thirds of London’s 33 boroughs have seen prices fall in the last year.

“Compared to London, the housing market in the rest of England and Wales looks robust. 80 out of 108 unitary authorities recorded a price rise over the last year. A number continue to record fairly strong growth, including the East Midlands and North East, both up 3.9 per cent annually and the North West, up 3.6 per cent.”

Hometrack: “Manchester has the fastest year on year growth rate (7.7 per cent) with the pace of price reductions in London moderating over the last quarter. House prices are 0.8 per cent higher than a year ago, although sixteen of the 46 local authorities that make up the London city index are registering negative growth of up to -2.8 per cent. Bristol has registered the highest annual growth over the last five years (8.9 per cent CAGR).

“Cities across the south coast – Portsmouth, Southampton and, to a lesser degree, Bournemouth, also register growth below the five-year average as affordability pressures start to build.”

Kate says: With inflation rising at approximately 27 per cent over the last 10 years, out of the 26 towns and cities we track via the Land Registry, only 30 per cent (eight) have seen average property price growth in excess. According to the Nationwide’s price index property typically rises 2.8 per cent above inflation each year, so for the last decade it has not kept pace at all. Aberdeen has the largest discount to asking prices and is possibly one of the toughest areas to sell in, proving how localised markets are. Hometrack says buyers are taking advantage, offering “the largest discounts (9.6 per cent) due to the shock of a lower oil price. “Prices have fallen a further 7.2 per cent on last year, moving in the opposite direction to everywhere else, registering a “19 per cent fall since the end of 2014”.

LSL Acadata HPI: “In April 2018, we estimate that there were 50,000 transactions – based on Land Registry figures – which is 25 per cent down on March’s total. This fall in numbers needs to be set against the seasonal trend of the last 20 years, where a five per cent decrease in sales volumes is the ‘norm’ for this time of year, so on a seasonally-adjusted basis, turnover has declined by some 20 per cent.”

The most significant figure this month is a 21.5% drop in quarterly sales in England and Wales as a whole – the fifth consecutive fall – suggesting a lack of confidence and a disconnect between buyer and seller expectations.

NAEA Propertymark: “Despite sales to FTBs rising, sales to the group fell from 26 per cent in March, to 24 per cent in April. This follows a downward trend from February, when 29 per cent of sales were made to the group. The average number of sales agreed stayed the same – with eight recorded per branch.”

Search Acumen: “Our Q1 2018 Conveyancing Market Tracker reveals that quarterly activity levels rebounded during the beginning of 2018 for conveyancers, as transaction volumes rose to 271,576 up from 241,666 in Q4 2017. Year-on-year (YoY) comparisons reveal a considerable 11 per cent increase in activity.

“Quarterly and yearly increase in the total number of transactions processed comes after a subdued end of 2017 for the conveyancing market where the Q4 2017 Tracker saw the first annual drop in workload in six years.

Bank of England: “The number of house purchase approvals were broadly unchanged at 62,455 in April, as were the number of remortgaging approvals at 46,189.”

“There was £6.1bn of new lending to home movers in the month, 4.7 per cent down year-on-year. There were 28,400 new home mover mortgages completed in the month, some 7.8 per cent fewer than in the same month a year earlier. The average home mover is 39 and has a gross household income of £56,000.

Kate says: According to the NAEA, stock has fallen for branches while the Rightmove data is showing a small increase. With regards to what’s happening regionally, LSL Acadata conclude that Q1 18 vs 17 shows that the areas experiencing falling sales are those that have seen high price growth and are now struggling with demand due to affordability issues. The five areas which continue to see volumes hold steady include the North West, Yorkshire and Humber, West Midlands and Wales, all of which have good levels of affordability.

The only area which doesn’t fit this scenario is the North East, suggesting there are different issues influencing the lack of growth in this market. With a slowing sales market and tenant fees to be banned next year, it’s vital agents look to see where they can maximise listings that they can sell and look at where else turnover and profit can be maximised.