Sign in or Sign up
The essential site for residential agents
Home » News » Agencies & People » Estate agency? A child could do it, claims Channel 4 programme
previous next
Agencies & People

Estate agency? A child could do it, claims Channel 4 programme

When I Grow Up follows six young children as they battle to sell homes at a branch of Hunters.

Some people claim being an estate agent is child’s play, but a Channel 4 series set to start this week is to discover whether that’s true.

Called When I Grow Up and starting this Thursday, it follows a group of  primary school children aged between seven and nine years old who are put to work running parts of three different businesses including a branch of estate agency chain Hunters.

This week the children are let loose on Hello! Magazine; the week after that they help run the Montezuma chocolate factory; and the final programme features six kids working at Hunters as sales agents. 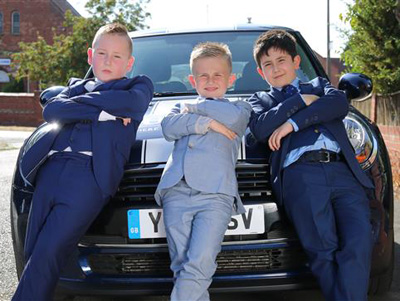 The programme, which was shot over six days and required the children to work for four hours a day, includes training sessions with Hunters’ CEO Glynis Frew on how to sell property.

The hour-long episode of the show featuring Frew makes for hilarious viewing, particularly because she and her staff take the children and their ideas deadly seriously despite their sometimes off-the-wall suggestions.

The show’s producers claim When I Grow Up is more than just light entertainment and is designed to show how children from all kinds of backgrounds can have their attitudes changed through exposure to new environments and challenges.

“In a dramatic experiment designed with experts in social mobility, child psychology and educationalists, the kids will be running the business together, under the watchful eye of the bosses,” says Channel 4.