Why Capital Gains Tax rates are likely to increase

Business transfer specialist Adam Walker has a message for all those who thought they'd dodged a CGT bullet in the Spring Budget. 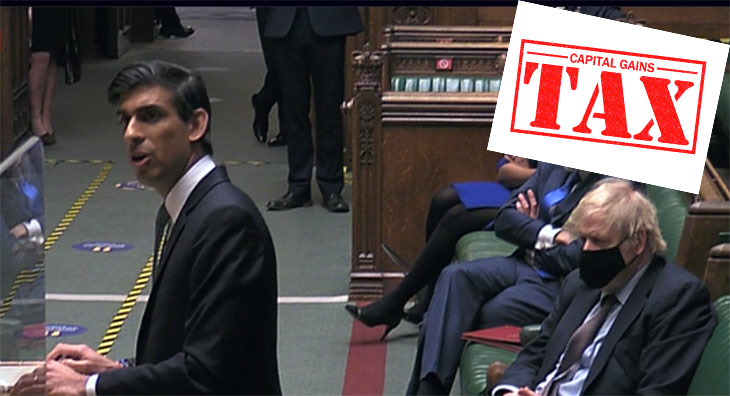 In the last week before the Budget we completed on the sale of more businesses than we usually complete in six months. The sales that have been reported are just the tip of the ice berg  as many buyers prefer not make announcements  and other sales were between business partners. Why the rush? Well business owners were absolutely panic stricken at the thought of paying up to 45% tax on the sale price of their businesses rather than the 10% that they pay now. And who can blame them ?

Having worked until 2am on the night before the Budget I watched Rishi Sunak’s speech with some trepidation and with a carving knife poised over my wrists. Fortunately nothing happened. However this does not mean that the danger has passed. The estimated cost of Covid to the UK Government has already exceeded £400 billion. The estimated additional tax that will be raised by the last budget is around £60 billion so there is a very big hole in public finances yet to fill and the Chancellor will be looking for ways to fill it.

Capital Gains Tax looks like a very tempting target because more than 99 per cent of UK tax payers did not pay any CGT last year.”

Capital Gains Tax looks like a very tempting target because more than 99 per cent of UK tax payers did not pay any CGT last year. This means that an increase will cost the Government very few votes. Unfortunately there is considerable evidence to suggest that a hike in CGT rates will not raise much revenue and could do terrible harm to the economy but this is not the right forum to explain the complex arguments behind this.

However if you are thinking of selling an investment property or selling shares or selling a business then you probably have just six months to complete your sale before the higher tax rates are introduced in the Autumn budget. In view of the time that it takes to complete the sale of a business or an investment property, you really don’t have much time to spare and the time to take action is now.

Adam Walker is a consultant and business transfer expert, specialising in lettings businesses.