Network Auctions says it now has 100 agents supplying properties its events, up from 80 last year. 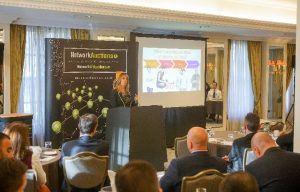 Auction house Network Auctions says it has grown its list of partner agents by over 25% so far this year, taking its total count to 100.

The company, which was set up by Toby Limbrick, Stuart Elliott and Guy Charrison in 2009 says it has several more agent branches in the pipeline due to join its ranks.

The latest to sign up is the Sherborne office of six-branch agent Rolfe East, which joins its founding office in Ealing, West London supplying properties to network’s regular auctions.

Network Auctions’ next event is at the Grovesnor Hotel in London on 7th September and Rolfe East Sherborne is putting up a Grade II listed former hotel in the village of Ash with permission to be converted back into residential use with a reserve price of £875,000 (see below).

Rolfe East’s Managing Director and Sherborne office founder Lawrence Truett the reason so many agents are joining up with Network Auctions, and the reason he joined, is the company Network E auction product.

This enables people to buy properties online which secures them an exclusivity period during which they have four weeks to arrange finance and surveys and preventing gazumping.

“Network E is a fantastic product as it combines the best of private treaty selling with the greater certainty and speed of an auction. We expect this to prove very popular with clients,” says Lawrence.

Toby Limbrick, Managing Director of Network Auctions said: “We are delighted that the Sherborne office of Rolfe East has joined their fellow branches in becoming partner agents with us and we are excited at the opportunities to develop greater numbers of auction sales from that part of Dorset and surrounds.”

Data shows which portal’s leads are best at creating viewings