Divorce is a terrible thing. All marriages start with high hopes of eternal happiness and yet, says Adam Walker, decades later, half of all marriages end in divorce. Business ‘divorce’ is even worse. 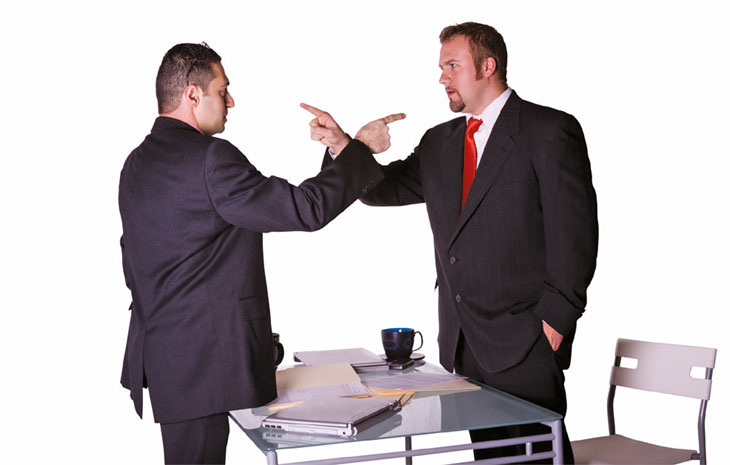 Partnership splits are a very common reason for businesses being sold and I have been dealing with them for 25 years. I could write a book on the things I have seen. I dealt with a case in the West Country where two partners in their fifties who had worked happily together for many years disagreed about something so vehemently that they had a fistfight in the office in front of their staff!

Two partners in their fifties disagreed so vehemently they had a fistfight in the office in front of their staff.

In the Midlands, three partners could no longer bear to be in the same room as each other so I had to negotiate their settlement by walking up and down the stairs of a three-storey building. I must have lost half a stone that day.

In the Home Counties, I dealt with a case where five partners spent half a million pounds in legal fees suing a sixth partner who left the business to set up in competition with them in defiance of his restrictive covenant and, in another part of the Home Counties, a sale fell through in 2007 because a minority shareholder refused to sign the Contract of Sale. The business was then badly hit by the recession and later sold for less than half the price originally agreed. I could go on.

So, what can you do to ensure that your relationship with your business partners does not end in an expensive and acrimonious divorce? My first advice is to choose your partners with care. You may well spend more time with them over the years than you do with your spouse, if you don’t like and respect them at the outset, things will only get worse. It is always best to have a probationary period before someone is made a partner or shareholder so that you have time to assess their character, skills, strengths and weaknesses.

Secondly, consider if you could achieve your objectives without offering a partnership or a shareholding. Many partnerships are offered to stop talented managers leaving but you may be able to achieve this by giving them an associate partnership rather than an equity partnership, or share options rather than real shares. Sometimes just a pay rise is enough.

Thirdly, you need to consider what will happen if your business is sold. Traditional partnerships used to operate on the basis that an incoming partner would pay a sum of money, say, £100,000, for their partnership. In return, they would get the right to a share of the profits of the partnership for the time that they remained a partner. When they left or retired, they would get their original investment of £100,000 back but no more. This is how many traditional partnerships have survived intact, some from Victorian times, but is becoming much less common.

The second type of partnership requires the business to be professionally valued whenever a partner leaves or joins the partnership and shares will change hands at a free market value. Due to the huge rise in the value of letting businesses and the lack of business finance, many would-be partners cannot afford to buy an outgoing partner’s shares and, as a result, the business has to be sold.

If the business is trading as a Limited Company, you need to decide what share of the votes will be required to sanction a sale of the business and make sure that there is a drag and tag clause so that minority shareholders cannot veto a sale.

Fourthly, you must have a proper partnership agreement or shareholders agreement drawn up by a solicitor who specialises in commercial law. I have dealt with issues where no partnership agreement was ever drawn up, which means disputes will be determined by common law which often produces grossly unfair results.

Even if you currently get on well with your partners, drawing up a partnership agreement now will protect everyone’s interests in the future.

Lastly, if you do find yourself embroiled in a partnership dispute, do everything in your power to resolve it amicably and through mediation, not litigation. A wise old solicitor who I worked with used to say that as soon as the client said to him, “It’s the principle”, he would hear a sound in his head that went “Kerching!”

So, expect the best from your business partnership but prepare for the worst – prevention is always better than cure.

Adam Walker is a business transfer agent and management consultant who has specialised in the property sector for more than twenty-five years.