Sign in or Sign up
The essential site for residential agents
Home » News » It’s over! Belvoir pulls out of merger attempt with Martin & Co parent company
previous next

It’s over! Belvoir pulls out of merger attempt with Martin & Co parent company

Belvoir says it recognises that without the support of the TPFG board and its directors a takeover/merger doesn't have much chance of success. 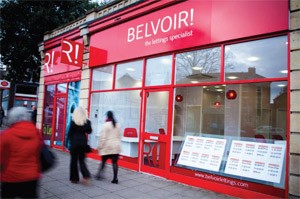 Belvoir today announced that it was ending its attempts to persuade TPFG shareholders to back Belvoir’s attempts to buy TFPF and merge the two businesses.

Despite having considerable goodwill, Belvoir has admitted that without the support of the key TPFG directors and their share-owning backers a deal would be difficult, if not impossible.

Belvoir’s statement confirming the withdrawal of the merger offer says: “The Belvoir board is disappointed that the TPFG board has declined to enter into a dialogue, not least given that the board itself has recognised the scale that would be achieved in combining the two businesses, and moreover, given a number of common institutional shareholders have publicly stated their support, in principle, for a dialogue between the boards of Belvoir and TPFG  with regard to the Possible Merger Offer”.

End of the bid

The end of the bid to merge the two businesses has been prompted by the timetable that companies entering into a takeover must stick to, as set out in the City Code on Takeovers and Mergers.

This is the end-game of a rapidly-moving skirmish that started in early October when Belvoir approached the TPFG board and, after initially believing its overtures were being well received, made an offer that that was then rejected.

On 19th October Belvoir went public with its intention to effect a hostile takeover of TPFG in a deal worth £33.7 million based on a share offer of 52.2p by Belvoir for TPFG shares.

But on 1st November the TPFG board and its directors, who control 49.3% of its issued share capital, comprehensively rejected Belvoir’s offer – effectively making it dead in the water.