The benefits of belonging

Every industry has its professional bodies, but, says Andrea Kirkby, how much do they do for their members and do their buyers, sellers, landlords and tenants see the value of that membership? 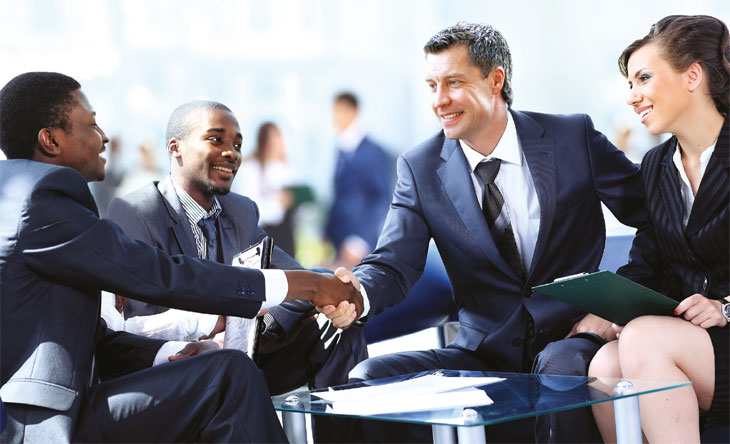 Trade associations are often perceived as lobbying outfits, there to fight their members’ corner when it comes to politics and legislation. Or they’re compliance organisations, which ensure their members are properly briefed on how to keep to the rules. But in difficult times, members might also ask whether a trade association can help them to increase their business – will being an NAEA member help them get more instructions? Can ARLA improve the public’s view of lettings agents? Will joining the Guild of Property Professionals propel your business to another level?

I don’t think anyone is really trying to compete with trade associations in technical and legal training – that is very good, but their sales training isn’t strong. Adam Walker, Adam J Walker Associates.

Adam Walker, a well known property trainer/consultant, says he has his doubts. “NAEA doesn’t really do PR,” he says. “They should play a much more active role in improving the reputation of the industry.” While NAEA and ARLA have generally been good at defending estate agents against criticism, he believes the associations should do much more to

David Cox, CEO, ARLA, says that might have been fair a few years ago – but he’s on to the case. The 2017 relaunch of the trade associations serving the industry as Propertymark intended to raise public awareness and deliver members a brand that could bring in business. “It was never going to work having eight separate logos and eight separate brands, now we have one brand and the associations sit behind that, so we present a single face to the consumer.” ARLA has also been improving its marketing. Previous marketing was often quite well planned but didn’t reach the right people; the Grand Designs ad break is a place to reach people who watch property promote the value of using an agent. porn, not people who’re about to sell their homes. Now, ARLA is employing specialist agencies using generation programmatics to focus their ads on the 250,000 people most likely to commission an agent in the next few months – and it’s getting much better results. “More people are seeing the brand and more people are understanding the brand,” Cox says; Propertymark now has much better brand awareness scores with 16 per cent unprompted recognition, better than any of the previous names achieved; besides, research shows that consumers who know the brand now understand that Propertymark “means these people are operating at a higher level and their money is protected.

When it comes to training, there’s definitely a perception that ARLA training is focused on members’ compliance, not on business generation – and their events also reflect that.

However, perhaps surprisingly, David Cox is quite happy with the perception that compliance is the holy grail – up to a point. “I agree with that characterisation completely,” he says; “we’ve always been very much focused on regulatory compliance. And because we’ve never had a problem filling our compliance courses, we weren’t good at delivering what members wanted outside that box. But we’ve been looking at the more commercial side recently; it’s something we need to do.”

Certainly ARLA has made strides in delivering business training; the last 18 months have seen the introduction of courses on setting up an agency, and on preparing a business for sale; the latter an increasingly popular option (that could reflect the introduction of the tenant fee ban). There’s still a bit less than there might be on sales skills, though. At the same time, more short courses have been set up, some on a more technical note (on HMO regulations, lone worker safety, legionella and legionnaires’ disease, for instance) but also a number on business topics. Shorter, tactical courses of 30 minutes to an hour allow agents to focus on specific topics to address immediate needs.

Meanwhile, the NAEA’s conference plans for next year indicate a greater focus on pipelines, sales conversion and completion – plus speakers on customer service, which should go down well.

IS SMALLER BETTER? While Propertymark is the largest of the industry’s trade associations, there is room for other organisations. UKALA has grown through its association with the National Landlords Association (NLA), which offers a significant marketing opportunity for letting agent members with joint meetings right across the country.

UKALA’s research has shown that more landlords are using letting agents and with the RLA having nearly 80,000 members the benefit is clear. There are also other attractions, including free advice on landlord-tenant issues, Client Money Protection and discounted tenant referencing.

The Guild of Property Professionals stands in stark contrast; it doesn’t aim to represent the industry, and in fact its commitment to exclusivity (only one member in each geographical market) would prevent it doing so, but it’s very much focused on winning business and gaining competitive advantage; its website promises that its 800 agents can “win instructions now” if they join up.

The Guild is a mix, very loosely speaking, of franchise, outsourcing, and professional association business models. It creates print and digital content for its members, gives them online valuation and business intelligence tools, and allows them to access streams of referral income. And it also delivers training, but focused on increasing sales, not on technical content.

The Guild also holds events, with a major conference in London every year. Their members say it is like having a ‘professional mentor’ there for you and that it is a ‘great differentiator when going to valuations.’

Adam Walker says, “I don’t think anyone is really trying to compete with trade associations in technical and legal training – their technical training is very good,” he says, but their sales training isn’t strong. He also believes their policy of not promoting individual presenters harms their credibility. “When you go on one of their courses,” he says, “ they do less sales training – and when they do, you never know which presenter you’ll get. On the other hand, if you pay for me, you get me!”

With technical training, the trainer isn’t so important; delegates will learn what they need to know, whoever’s delivering the course. With sales training, it’s different – the content is less important, and personalities come much more to the fore. Walker says he’s built a personal following over his career. He started the firm in 1992 and he now gets second-generation trainees. “I’ve just won big business from someone who was a junior at Barnard Marcus when I trained him,” he says proudly. “My courses are also unabashedly commercial – nitty gritty real world sharp end stuff.”

But he says agents need to make sure they monitor the return. “I have documentary evidence that it works, because clients have monitored it over the years. You can measure it; your average fee percentage and conversion rate before and after a course. It’s that simple. You can monitor the results of a training course to the penny, in real time, minute by minute, and the cash value to the business. Plenty of call centres do exactly that.”

Where he thinks trade associations could change for the better is in their relationship with the broader training environment. He points to the CIPD (Chartered Institute of Personnel and Development) training model as an example. “They see their role as being to facilitate as much training as possible for their members, whether it’s provided by them or by independent trainers,” he explains. “Look on the CIPD website, and they actively promote the freelancers who work with CIPD and are experts in their areas.”

David Cox says ARLA isn’t planning to start accrediting other courses. But, he points out, the association doesn’t want a training monopoly. Qualifications from the Chartered Institute of Housing, City & Guilds, or a law degree (David Cox’s own route into the profession) are all acceptable for entry to membership. Nor does ARLA require members to train with them to get CPD; the only advantage of using ARLA courses is that they auto-credit CPD, whereas other types of training need to be logged by the member.

We do everything we can to drive business to members, but we need them do our marketing with us, put up the logos, promote the brand. David Cox CEO, arla | propertymark.

David points out that CPD isn’t just given for formal training courses, either. “For the legal profession, training others is acceptable as CPD. If you spend time looking at a new product or service, or learning a new CRM system, ARLA lets you log that as CPD, too. It’s about the learning, not where you do the learning.”

But ultimately, ARLA is driven by its members – and it needs its members to use it. “We’re doing everything we can to drive business to our members’ doors,” he says, “but we need them to go out and do our marketing with us, put up the logos, to promote the brand. It’s a bit give and take.” He’s quite heartened by the fact that Propertymark stickers are indeed sprouting in agents’ windows, and clearly, members are reading the ‘how to sell it’ leaflet in which Propertymark explains how to promote the brand.