How Brexit is affecting – and going to affect – your business

How far should Brexit influence our business decisions? Many people said “batten down the hatches”, but, says SDL’s Rob Clifford, we’re now one year on and the storm is still brewing. 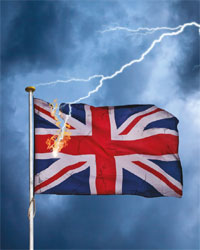 Since the UK voted – with pounding feet – to leave the European Union, there have been endless reports on the likely impact on the property market.

Although the results of the actual referendum came as a shock to many, some of the news about property prices that began to filter out afterwards came as little surprise. Headlines regarding an epic slowdown and endless analogies about bursting bubbles were bandied around in the weeks that followed. As a nation, this seems to be our stock response following any significant change.

Of course, we also had official reports, such as the findings from PWC, which predicted that the housing market is set to slow, with London expected to be amongst the weakest performing regions. This inevitably added to the impending sense of ‘batten down the hatches, a storm is coming’.

However, over a year down the line, that storm is yet to arrive.

A recent survey by Rightmove pointed to a 4.6 per cent rise in house sales, compared with the month of the EU referendum. The research claimed that the sum of sales in 2017 was on par with the previous year.

We need to speak to our customers, understand how wider events are changing their needs so that we can cater for them accordingly.

Interestingly, the Rightmove study found that the West Midlands is experiencing the greatest price rises, at around 6.1 per cent higher than 2016, followed by the East Midlands on 4.9 per cent.

Greater London experienced the slowest growth but still experienced a boost, albeit just 0.9 per cent.

It would seem that the impact of Brexit certainly isn’t front-of-mind for buyers either. Research from the Mortgage Advice Bureau has found that 71 per cent of those looking to move house said that Brexit was not an influencing factor in their decision making process.

Anyone who absorbed the initial pessimistic reports may well be scratching their head by now, feeling that they were braced for something that has never materialised. Speak to many in the industry, like ourselves, and they will probably tell you that it’s never been busier. However, that is not to say that things won’t change in the months and years ahead but it does raise an interesting question – to what extent should significant events such as Brexit be impacting on our business decisions?

I’m of the belief that predictions should be treated as just that. A prediction is not certainty, it is simply an indication of what may be. Of course, it would be foolish to completely ignore global events but they shouldn’t become the crux that your business planning revolves around. Instead, the businesses that are trading as usual in the current climate, and even achieving growth, are those that are listening to their customers and adapting accordingly.

Take our own business as an example, like many in the property market we started to notice that the appetite for auctions has significantly increased. As well as being the Commercial Director for the SDL Group, I am also CEO for the estate agency Century 21 UK, so I’ve seen first-hand the changes to the way in which vendors wish to sell their property. This year we have launched Smart Seller, to meet the demands of some of our Century 21 UK customers who are looking to sell their properties swiftly. The service combines traditional estate agency with auctions, as well a number of partnerships with fast sale property firms, to offer sellers all three routes to market under one roof.

On a wider scale, SDL Group has also launched a new division, SDL Auction Partners, which offers estate agents a partnership with SDL Auctions to aid the sale of properties. We already have more than 100 estate agent partners across the country.

Ultimately, the learning that we all need to take from the past 16 months is that the world will continue to change. However, rather than knee-jerk reactions, we need to be taking the time to speak to our customers and understand how wider events are changing their needs so that we can cater for them accordingly and offer a service that stands out from the crowd. Placing the customer at the core of your business is the ultimate key to success. 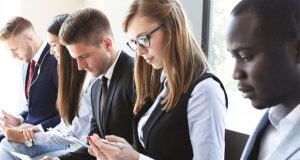 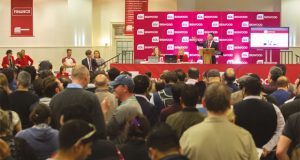 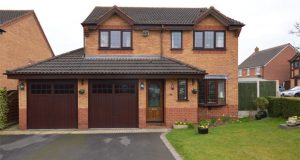