Brexit versus the property market

All disasters bring forth a mountain of comment – Brexit has followed the pattern, with pithy and not-so-pithy comment from property industry commentators. 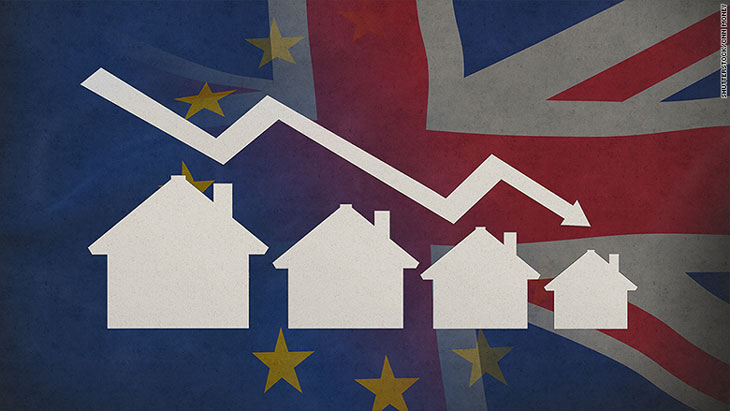 All disasters bring forth a mountain of comment, Brexit has followed the pattern, with pithy and not-so-pithy comment from property industry commentators.

So, herewith, the latest intel on the Brexit effect on property market. Kevin McCloud, architectural guru and TV personality, who, when asked by The Daily Express, “What do you think will happen to the UK housing market, said, “I’ve no idea but I speak as somebody in a building company who spends their life dealing with houses.”

He did say that major builders in the UK weren’t too worried about Brexit and “It would appear that they consider changes in stamp duty to have a greater effect on the activity in the housing market than Brexit”.

“The other thing to say however is that Brexit has had a phenomenally fundamental effect on the supply base and construction… the highly skilled people brought in from Poland, Lithuania, Latvia, over the past 20 – 30 years into construction, their skills have disguised the fact that domestic skills have been withering… it means it will be harder to build a wall.”

Miles Shipside, at Rightmove, said to The Guardian, “As the clock ticks down towards the Brexit deadline it is natural human behaviour for more buyers to hesitate. The number of sales agreed by estate agents in February was 7% below the same period in 2018.”

Kai Logan at Bradleys in Devon, said that its actually a good time, signs are very positive, buyers have more choice, demand is high, people are buying, interest rates are low, mortgages are cheaper than renting – I’d buy now!

“Brexit isn’t having an impact with the banks in terms of what they will lend or on what terms,” said Richard Donnell, Research and Insight Director at Zoopla.

Paul Smith, CEO at Haart thinks a no deal Brexit would lead to a ‘short term blow’ for the country’s property market. ‘The most likely impact would be a slower market, with fewer transactions taking place as both buyers and sellers hit the brakes on their plans.”

And finally, the last word goes to Nick Leeming, Chairman, Jackson Stops: “It is frustrating that we are still unable to see the light at the end of this Brexit tunnel, however, we are still expecting a modest spring bounce. This will be aided by pent up demand from those looking to carry on with business as usual and we fully expect to see a flurry in the market once a deal has been done.

The Negotiator would like to hear your views  – contribute your comments below, or email [email protected]