Sign in or Sign up
The essential site for residential agents
Home » Features » Tenancy deposits – no cash required?
previous next
Products & Services 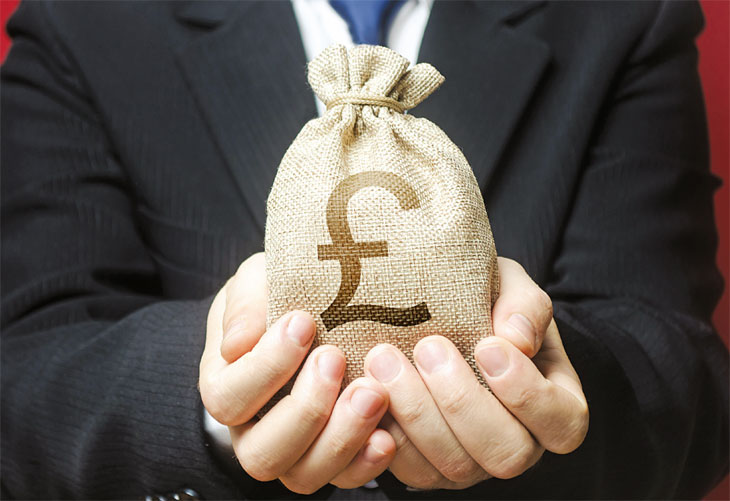 Covid has accelerated an issue that’s been bubbling away for a couple of years – the possibility of a cashless society. Whether you’re a conspiracy theorist who feels the pandemic has facilitated a stealthy shift towards card-only payments, or whether you prefer coins of a crypto incarnation, cold, hard cash is rapidly falling out of fashion.

This is no more pronounced than in the 25 to 40-year-old age group – those who are most likely to be your tenant database. In fact, a recent survey among Millennials by Love Energy Savings found that using cash was the number one sign that someone was living in the Dark Ages.

So where do traditional cash deposits sit with today’s tenants? It’s true that tenants are not asked to turn up with £1,250 in crisp banknotes – a figure that represents the UK’s approximate deposit average – nor can they tap an iPhone to pay a deposit but the arguments about ‘dead money’, dubious dedications and deposit retrieval are growing louder.

Ben Grech at Reposit can clearly see the issue with having to save up then hand over a substantial sum of money that’s not accessible for months or even years – and he says tenants feel the same. “We have evidence to show that more than 60 per cent of tenants opt for deposit alternatives when offered, and we’re getting closer to a 50-50 split every day – one where only half of renters opt for traditional cash deposits.”

We have evidence to show that more than 60 per cent of tenants opt for deposit alternatives when offered, and we’re getting closer to a 50-50 split every day. Ben Grech, CEO, Reposit.

Zero Deposit claims similar take-up, with notable spikes. “When tenants see and understand our alternative option, we see a conversion rate of over 80 per cent,” says James Armitage. “Our partners are increasingly moving towards a 50-50 split, with some branches already reaching it.”

Ben and James’s findings dovetail with the results of research undertaken by MyDeposits and Ome earlier this year, which suggested tenants do want deposit alternatives but that landlords and agents, in the current climate, were less keen.

Deposit alternatives can’t be ignored in terms of reducing the initial outlay for tenants but they also offer agents a way to earn extra income through referrals, lend speed to the moving process by reducing administration and often give more protection to landlords – the holy grail for letting agents when it comes to keeping everyone happy. For example, if an unpaid rent dispute resolution rules in the landlord’s favour, deposit alternatives will pay out the equivalent of five, six or even, in Reposit’s case, eight weeks’ rent.

Ben highlights how CRM software suppliers and referencing firms are already integrating Reposit into their core processes for faster lets.

They don’t splash the cash in BTR

While compensating financial losses experienced by landlords is a major influencing factor when opting for traditional cash deposits, Ben says Reposit has seen cash-free deposits find favour in the Build to Rent (BTR) sector. It’s a trend that Steve Harriott at the Tenancy Deposit Scheme has also noted, commenting that their approach to financial loss alters the attitude to risk.

Build To Rent providers, for example, usually incorporate an element of expected loss into the rents across the board and don’t require any security at all. Steve Harriott, CEO, Tenant Deposit Scheme.

“It’s clear operators in some sectors like the no deposit option. Build to Rent providers, for example, usually incorporate an element of expected loss into the rents across the board and don’t require any security at all.”

What happens when there’s no cash at all?

So is the cash deposit dead? Far from it. Mike Dawson from Let Alliance highlights how the pandemic has made a very strong argument for cash deposits, with landlords having financial recompense should tenants experience financial hardship and not be able to pay the rent – an issue potentially compounded by furlough coming to an end and no sign of a Covid-related arrears fund from the Government. “It’s worth remembering that replacement deposits may only compensate a landlord when the tenancy ends with vacant possession,” adds Mike – something to factor in against an unstable evictions backdrop.

It’s worth remembering that replacement deposits may only compensate a landlord when the tenancy ends with vacant possession. Mike Dawson, Group Head of Sales, Let Alliance.

Financial instability among renters may be why all three of the government-approved tenancy deposit schemes – the Tenancy Deposit Scheme, MyDeposits and the Deposit Protection Service – are reporting increasing numbers of cash deposits being lodged.

“Deposit alternative schemes have been around for a few years now and in that time, we have not seen a reduction in the volume of deposits lodged with our schemes,” comments Matt Trevett at the Deposit Protection Service. “In contrast, we have seen the size of our schemes grow. This certainly backs up our opinion that the overwhelming majority of landlords and tenants across the UK continue to use one of the three Ministry of Housing, Communities and Local Government approved schemes.”

Deposit alternative schemes have been around for a few years now and in that time, we have not seen a reduction in the volume of deposits lodged with our schemes. Matt Trevett, Managing Director, Deposit Protection Service.

Lifetime deposits may lead to innovation

The frequent need for tenants to pay ‘double deposits’ is not helping the pro-cash argument, however – a situation that cripples many renters on the move. Is the Government’s pursuit of the lifestyle deposit a chance for alternatives to gain ground?

Steve, however, thinks innovation to accommodate lifetime deposits will be some form of low cost deposit bridging loan solution, a lower cost deposit bridging insurance policy or payment of the deposit by instalments. “In some jurisdictions around the world, governments are already providing deposit loans and guarantees. Is this something for the UK Government to consider?”

With such strong ‘for and against’ arguments when it comes to the traditional cash versus alternative deposit debate, it may surprise agents to know that almost everyone is working on a third option, suggesting we haven’t found the deposit nirvana just yet.

Eventually there will be some form of hybrid scheme combining cash and some other form of protection, whether insurance or otherwise. Eddie Hooker, CEO, OME.

“Eventually there will be some form of hybrid scheme combining cash and some other form of protection, whether insurance or otherwise.”

While Eddie adds that a credible hybrid is “some way off’ – citing required improvements when it comes to the tracking of landlords, agents and tenants via mechanisms such as open banking or registers, Steve says that agents shouldn’t be surprised if some interesting solutions emerge in the deposit space over the next year. The TDS itself is teasing a new product announcement in 2022, and it’s a similar story over at Let Alliance, where Mike says it is working on a secret product that’s neither 100 per cent cash or 100 per cent insurance based.

Is the hybrid here already?

Early arguments against deposit alternatives revolved around the lack of a resolution service, poor transparency, operator credibility and questions around financial accountability but there is a greater cross over from cash-free into traditional deposit territory than ever before. Tellingly, there are hybrid products from those who are also on the Government-approved list of traditional tenancy deposit schemes.

Take, for instance, Zero Deposit and Reposit. They both have partnerships with tenant deposit schemes, which ensures the same fair outcome as with a traditional cash deposit. And both are also fully regulated by the FCA.

Likewise Ome comes from the Hamilton Fraser stable – the parent company of MyDeposits. This deposit-free alternative offers the same level of cover to landlords as its Government-aligned service and its insurance-backed deposit scheme – five weeks protection, a resolution team on hand and access to legally trained adjudicators.