Rural people must be given a choice on how to heat their homes. This must include a range of low-carbon technologies and cost options. 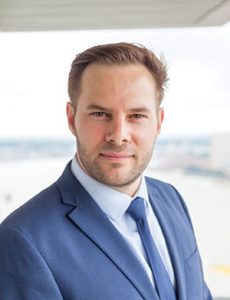 Johns&Co is one of the new breed of estate agencies that have been forged within the white-hot crucible of the UK’s apartment development building boom during the past decade or so.

While many traditional estate agencies such as Savills, KFH or Knight Frank have sought to make hay from letting and managing the thousands of apartments built within London (but also Manchester, Leeds and Birmingham) by institutional cash, Johns&Co was originally set up exclusively to service this largely landlord-orientated market.

The company has been able to grow quickly because, in its early years, it worked with developers to help nurture their relationships with off-plan customers even though the sites were two or three years away from completing.

Career to date: Started out in telecoms in South Africa until 2002 before coming to London where he began his property career at Hamptons, rising to be Head of Client Services, leaving in 2016 to join Johns&Co.

Founded in 2013 by John Morley, a former sales director at UK property developer Ballymore, it is one of the leading firms within this relatively new market sector with nine branches located in most of London’s newbuild hotspots such as Wapping, Nine Elms and Canary Wharf – although it does have operations outside London including in Manchester and some other cities.

We’re a young company. We’ve scaled up very quickly, but not in terms of branches, but rather geographical reach.

The company hasn’t aggressively gone into these markets because the margins are proportionally thinner due to the lower rents outside London, but it may in the future, it tells The Neg.

In 2016 the first completions began happening and that’s when Johns&Co had to scale up quickly as hundreds of properties, landlords and tenants needed managing.

Consequently, it went from 19 staff in 2016 to around 230 today, growing every year in terms of revenue by 25%. Its branches are within the developments it helps sell, let or manage, which is a model used by several key competitors including Galliard’s Life Residential. 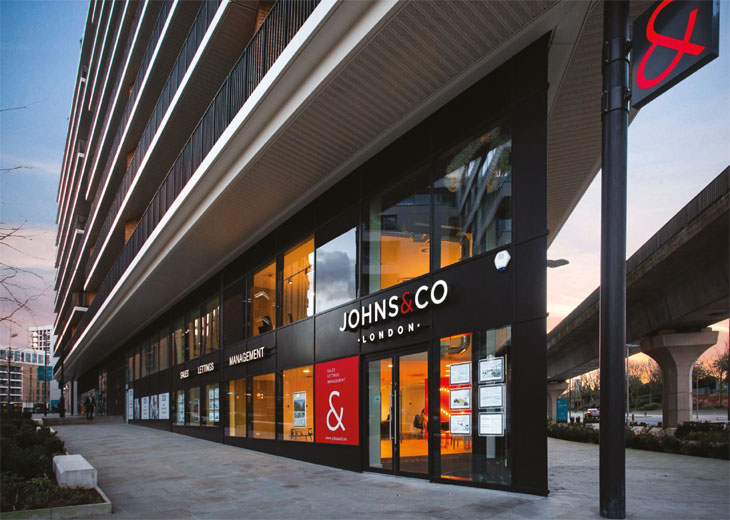 The company also helps both investors flip off-plan properties prior to completion, and developers support off-plan buyers who for whatever reason can’t complete.

But some say the newbuild boom has slackened for the time being as the government has begins to wind down Help to Buy, higher BTL taxation and PRS regulation makes London less attractive to overseas investors and both Brexit, Covid and the cladding scandal have applied the brakes to supply.

Consequently, Johns&Co is looking to put its eggs into other baskets, says Clynton Nel, its youthful Residential Director, who also doubles up as its media spokesperson.

Nel is unusual because, although his title suggests he’s a sales director, his role is more like a COO with sales, lettings, marketing, support functions and property management chiefs across the business reporting into him.

He is therefore a useful person to talk about where the company is going.

“We’re a relatively young company but we’ve scaled up very quickly, but not in terms of branches but rather geographical reach,” he says.

“I used to work at Hamptons and Countrywide used to count its success by the number of branches, but we wanted to be cleverer than that.”

Despite this less branch-dependent approach, the firm is now moving into the multi-sector re-sales market – which means a more traditional approach.

“For example, we recently opened an operation in Brentford but, rather than follow our previous model, we opened a local high street office in the town way before any of the newbuild stock was in the pipeline in order to establish our name and take some market share.

“That’s worked well and in Brentford we’re No.2 for number of instructions and number of transactions – it’s is a little goldmine really – which isn’t bad for our first ‘cold start’.

“The online agencies like Purplebricks struggle within those big developments because they just don’t have the physical presence there so they don’t get market share,” he says.

“On the other hand our challenge is that people see us as the ‘development agents’ so we need to break out and have a reputation away from them – that’s our challenge.”

Nel says the company may have grown fast, but it still has jaw-dropping growth goals. For instance it wants to increase the firm’s lettings portfolio by 2,000-3,000 properties within four to five years.

One area you’d assume that a company like Johns&Co would be hoping will deliver such a huge portfolio increase is build to rent or BTR for short. But Nel says it’s a hard market to enter – largely because the big operators like Grainger or Greystar have their own in-house operations for property and tenancy management, and only use letting agents from time to time to source tenants.

“In the past it’s not been the kind of managed stock that we’re after which will drive revenue long into the future,” he says.

“Saying that, we have worked with Greystar in Canary Wharf and Mount Anvil in Nine Elms.”

Nel makes the point that build to rent in some way is easier because each block has a single landlord with set expectations on rent and performance, whereas Johns&Co has blocks where there are 100-150 landlords each with different service expectations and needs.

“We are exploring a few options with new entrants and funds into the BTR market who are more likely to need our capabilities,” he adds.

Property companies like Johns&Co, which have reached for the skies in the same way their developer clients have done literally, will be an increasingly important part of the estate agency sector in the future and if you look outside London, there are plenty of young firms trying to copy what it’s doing in the Capital.

What: Nine branches in the UK, 230 staff approx.

Properties under management: 2,000 apartments worth £1.3 billion.