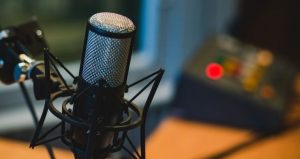 Controversial loud-mouth and estate agent and telly favourite Russell Quirk has taken to the airwaves again to blast one of his pet hates – conveyancers.

Talking on the The Guild of Property Professionals podcast he tells chief executive Iain McKenzie that in his mind the basic process of conveyancing hadn’t changed since the reign of Henry VIII.

He says: “Since its inception, conveyancing, which is the conveying of a property from one person to another, has stayed largely the same.

“What conveyancers have done is just stick to the same archaic process, adding things on so that is becoming more cumbersome and more protracted.”

Bemoaning the complexity of property sales and the constant toing and froing between lawyers he adds: “What we end up with is a consecutive archaic draconian process, that takes a long time.”

Quirk (pictured, below) says: “As a result of Covid, we had the issue of conveyancers that didn’t staff up, even though they could see the market getting busier and busier!

“The process as it currently stands is ripe for change and disruption.”

McKenzie says that while he believes the process is dated and needs to change, agents are not entirely blameless and have their part to play.

He says: “Agents should manage their clients’ expectations and disappointment by clearing the runway and ensuring all the information they provide to the conveyancer is correct.”

Quirk also reckons agents should employ their own licensed conveyancer.

He adds: “It seems crazy that you have an estate agent and a conveyancer that have the same goal but have to have two separate entities at logger heads to do the same thing. It is like two footballers running towards the same goal arguing with each other, rather than working together.”

You can listen to The Guild’s podcast here: The Home Stretch