Senior management and Oakley Capital are to co-invest the cash to grow company into London's largest estate agency.

City investment firm Oakley Capital is to make a series of phased investments totalling an estimated £130 million in London agency Dexters, which will be used to add 30 branches to its existing 70-branch network and create 400 jobs.

An initial £13 million investment which is to be followed by further funds is clearly the source of rumours yesterday that the company has been sold to Oakley which, as we report separately, Dexters CEO has said are not true.

The deal is a co-investment between the firm’s senior management team and the Oakley Capital IV fund. Co-investments like this are typically passive, non-controlling investments.

The agency is to open 10 new branches a year for the next three years which will make it the largest London operator and larger than key rivals such as KFH, Savills and Knight Frank.

The Oakley Capital deal will see Dexters managers and the company’s Employee Benefit Trust increase their combined shareholding in the business to over 30%.

Dexters is Oakley Capital’s first major foray into UK estate agency, having invested primarily in technology, education and consumer in the past, as well as an Italian property portal.

Jeff Doble, Chairman of Dexters, says: “Our vision has always been to be the No.1 estate agency in London and as we look to move to a new level we have decided to partner with Oakley Capital to help us work towards our ambitious long term plans.”

“Dexters is a highly successful and profitable business and we are focused on expanding our network of offices and services even further in the London market.

Oakley Capital’s Managing Partner Peter Dubens says: ““We look forward to being a part of its next phase of growth, contributing our proven expertise in digitisation, and drawing on our experience in the property sector.” 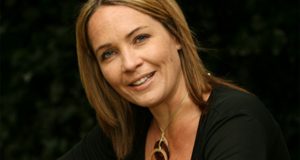