Conveyancers will soon have to up their game after the Land Registry starts publishing comparative data on how fast and efficient they are.

A major shake-up of conveyancing is about to kick off when the Land Registry starts publishing comparative data on how fast and efficiently conveyancers perform, it has been revealed.

The Land Registry says it wants home movers to be given a ‘real picture’ of how well their conveyancer performs overall in the market before engaging them, as well as enabling firms to track their own performance.

The news is revealed within the Land Registry’s Business Strategy for the next five years, which also says it wants to prevent so many chains falling apart.

Research by Which? last year highlighted how at least a fifth of all sales that fall apart prior to exchange of contracts do so because of a failed chain.

The Land Registry says it will begin publishing its data in a way – presumably in ‘real time’ – that will enable conveyancers to develop automated sales progression and chain management tools. 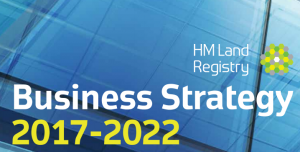 The Land Registry says its ‘digital first’ approach is in response to the increasing digitisation of the property buying and selling process including, it says, the rise of online estate agents, conveyancers and property information providers.

And the organisation says it has other ambitious plans, including adopting block chain technology – which was pioneered by Bitcoin – to “revolutionise future property transactions” and fully digitise the Land Registry which is still largely paper-based.

Other ideas to be implemented include a digital register to prevent conveyancing fraud, using Artificial Intelligence to complete transactions faster.

The Land Registry also says it is work closely with proptech, lawtech and fintech firms to make conveyancing “simpler, faster and cheaper” for home mover.