Sign in or Sign up
The essential site for residential agents
Home » News » COVID-19 news » How safe are estate agency branches as Coronavirus empties high streets at night?
previous next
COVID-19 news

Pictures of a heavily vandalised estate agency in Bedford are an example of how vulnerable the industry's 20,000 branches are during the crisis.

Footfall on the UK’s high streets fell by over a third even before Boris Johnson announced the nationwide lockdown on March 24th, and since then they have emptied leaving just supermarkets and other food outlets open during the day.

But at night many high streets are utterly deserted after restaurants, pubs, cafes and cinemas were forced to close under the lockdown rules.

And pictures passed to The Negotiator of a heavily vandalised estate agency branch in Bedford reveal just how vulnerable the industry’s permanently closed branches have become.

The pictures are of the Bedford office of 12-branch agency Michael Graham, which specialises in prime properties.

Two men were arrested on 18th March after damaging property in central Bedford, during which they concentrated their criminal efforts on the agency branch including smashing almost all its windows, although they damaged one other shop and several cars.

Bedfordshire Police said, “We were called shortly after midnight to reports of car windows being smashed along St Michaels Road and Kimbolton Road, Bedford.

“Reports were also made of damage to two business premises in St Peters Street.

“Officers attended and two males were arrested on suspicion of criminal damage. Both remain in police custody.” 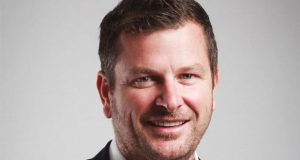