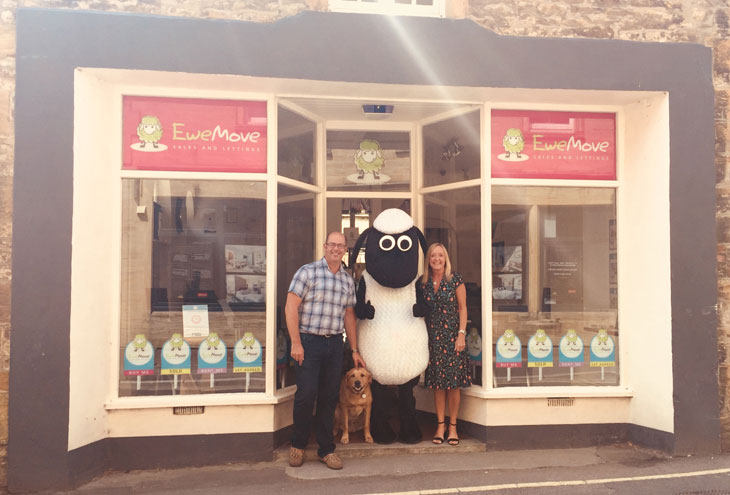 The Yeovil branch of Hybrid Agency of the Year EweMove has surpassed 200 managed properties in its portfolio thanks to its latest acquisition.

EweMove Yeovil, on Church Street and run since 2015 by Paul Gammage and Anita Light, has acquired 95 managed properties from Orchards Estates in Stoke-sub-Hamdon, Somerset.

The acquisition is the pair’s second in four years, having purchased MPP Lettings and Management in December 2017. Paul said: “We’re delighted to have completed this second acquisition, as our business continues to go from strength to strength.

“The support from EweMove’s headquarters (“The Sheep Pen”) has been great. The team imported the Orchards portfolio into the EweReka management system and it was all turned around really quickly, meaning we could manage the properties and make rental payments within a week of completion.

“It was a fantastic effort from everyone, which also enabled us to keep our landlords and tenants up-to-date with the situation.”

EweMove Managing Director (“Head Shepherd”) Nick Neill said, “The EweMove model is built around providing great support to franchisees like Paul and Anita and I’m delighted they have been able to get this second acquisition over the line.

“They are incredibly hard-working and two acquisitions in such a short space of time is testament to their hard work and the ambition they both have to grow their business.

EweMove has more than 120 franchised locations across the UK and was named Hybrid Agency of the Year at the recent Negotiator Awards.