As Govt launches new online service to track building owners' action, there's still no confirmation that landlords can benefit from the measures. 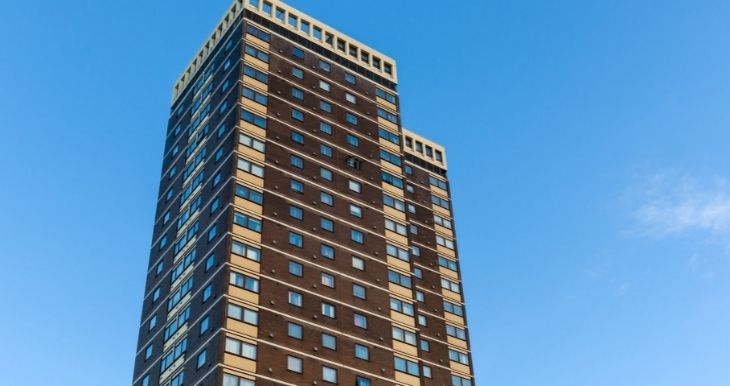 Building safety is again under scrutiny as the Government launches a new online service that will expose building owners who are failing to take action to fix their properties.

The measures are part of government action to protect leaseholders, who will also be able to use the service to track Building Safety Fund applications and help apply pressure on their building owners if action is needed.

The tailored service is designed to speed up the process of removing unsafe non-ACM cladding from the highest risk buildings, forcing building owners to be more transparent, and exposing those who have failed to take action to make their buildings safe.

This is just one of a number of steps announced by the Secretary of State for Levelling Up, Housing and Communities this month to apply pressure on industry and protect leaseholders from unnecessary costs and delays.

Minister of State for Building Safety and Fire, Lord Greenhalgh (pictured) said, “It is unacceptable that four years after the Grenfell tragedy innocent leaseholders are still living in buildings with unsafe cladding.

“Building owners are responsible for making their building’s safe, and we will no longer allow them to shirk from their duties and hide behind processes and corporate loopholes.

“Everyone – including leaseholders – has a right to know what is happening with their building and to live safely. Today’s launch is a key step in providing them with both the service and the peace of mind that they deserve.”

While the majority of building owners are already engaged with the Building Safety Fund, a minority have yet to come forward and provide building information, leading to unnecessary delays and costs for innocent leaseholders.

To maintain the pace of building remediation and ensure the Building Safety Fund is further targeted at the highest risk buildings, the Secretary of State is currently reviewing the wider programme ahead of the next phase of funding, expected early this year.

In his landmark Building Safety reset on 10 January, the Secretary of State announced that leaseholders would no longer pay for the fixing of unsafe cladding, with building owners and industry footing the bill instead.

However, it is not yet known whether buy-to-let landlords will benefit from the financial exemption. In a recent speech, Michael Gove only referred to leaseholders “living in their properties” which would not include investors.

Further comment by Lord Greenhalgh provided some clarity, saying that leaseholders who have moved out to sub-let a property would not be excluded, and neither would shared owner. But this does not categorically confirm that landlords who have invested, but never lived in the property will be exempt.

Following up on the point, Timothy Douglas, Policy and Campaigns Manager for Propertymark, commented, “The principle that leaseholders must not be expected to pay to fix a cladding crisis that they did not cause lies at the heart of the UK Government’s plans to address the issue, but there is no logical basis on which buy-to-let landlords should be excluded from this.

“Buy-to-let landlords are no more to blame and deserve justice just as much as any other leaseholder to ensure they are not penalised for simply being landlords.

“The ball has been put firmly and very publicly in the court of those responsible, but there are still more details that need to be clarified to restore full confidence in this area of the market.

“Propertymark welcomes efforts by the UK Government to bring an end to this issue that has left many people unable to re-mortgage, sell or rent out these homes, so it’s vital that private rented sector landlords are included in the support.”

Geeta Nanda OBE, G15 Chair and Chief Executive of MTVH, commented, “Ensuring residents affected by building safety issues are kept up to date with information, including with regards to Building Safety Fund applications, is essential. G15 members have set up dedicated teams to support residents affected by building safety issues and provide regular updates on progress being made. We welcome the new Building Safety Fund online portal, which will help ensure that the information being provided to residents on this critical funding support is as accurate and up to date as possible.”

Kate Henderson, Chief Executive of the National Housing Federation, added, “Greater transparency over the progress of Building Safety Fund applications is a positive move, providing welcome information to residents in buildings across the country who have been living with uncertainty about their safety and their future.

“Housing associations are committed to working with the Government to tackle the building safety crisis and support all efforts to protect leaseholders from costs.”

Guidance on the service can be found here.