Foxtons has quietly closed one of its branches taking its total office network count to 57.

The agency tell The Negotiator that it closed the company’s Fulham Palace Road branch in West London in June 2020, but has made no mention of the closure within its official communications to the City or the industry.

“The Fulham Bishops Park was closed in June 2020 as we believe we can serve our customers more effectively from our hub in Fulham Broadway,” a spokesperson says.

The once smart Fulham Palace Road office which was listed as its Bishop’s Park branch, was opened in the Spring of 2016, but is now empty with some sorry-looking Foxtons branding still clinging on to its window.

Outside the formerly upmarket ironmongery that led up to the front door has been removed. 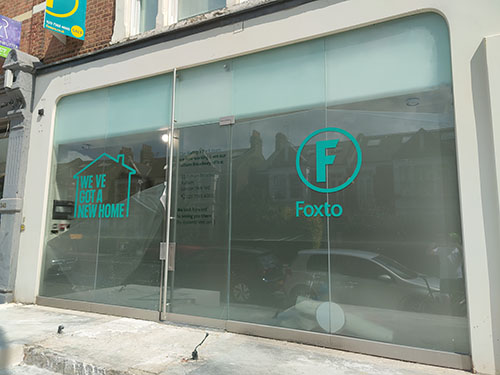 The half-hearted progress of the site shut-down is unusual – most estate agencies are keen to remove their company logo and branding from a recently-closed branch.

Its former office window now directs passers-by to its Fulham Broadway outpost, which is 1.2 miles away just opposite the Chelsea FC stadium at Stamford Bridge.

The Bishop’s Park branch was opened at the height of the company’s expansion programme in London and at the time was its 64th location.

The company now has a 57-office network in London, but recently announced plans to roll out a hybrid model outside the capital and is currently conducting a pilot of this model in Berkshire, with plans to roll it out across the Home Counties next year.