Foxtons keeps its No.1 position in London in both sales and lettings, its half year results show. 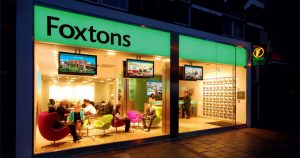 Profits and turnover at Foxtons have dropped dramatically, the company’s half year results reveal.

The continuing pain comes from its sales division, which saw revenues down nearly a third to £22.2m compared to last year, and which the company says is a “subdued market” that is “negatively weighed upon by continuing political and macro-economic uncertainty”.

London’s sales market continued to cool during the first half of the year, not helped by the General Election, the company says. The number of homes sold by Foxtons from January to June this year dropped to 1,544 from 2,314 last year.

But the Foxtons lettings machine continues to deliver. Revenue from tenants reduced by only 2% which the company blames on dropping rents, which it says dipped by 4% in June, although volumes increased by 1%.

The company says it’s becoming increasingly a renters market in London and that fewer overseas tenants and “inflationary pressures on wages” are forcing rents down.

Foxtons says overall the overall average rent in London was down 5% during the first half of the year when compared with 2016 from £461 a week to £440.

CEO Nic Budden (pictured, left) says Foxtons grew its rental portfolio by 400 properties during the first half of the year, taking its total to 19,800.

Budden has also been reigning in operating costs, which are down by £3.7m, plus the company has a balance sheet that remains debt free and that, since IPO in 2013, Foxtons has returned £93m to shareholders.

Foxtons also says it remains the No.1 agent in London for both sales and lettings and in 2016 conducted 40,000 viewings a month, achieved 96% of asking price, had six million page views on its website and processed 260,000 tenants applications and collected rent worth £500 million.