Why Foxtons’ results are even worse than its competitors

Digital expert and former Foxtons employee James Dearsley says the company's legacy IT system developed 17 years ago is starting to be a millstone. 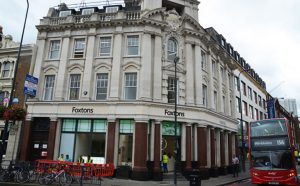 Proptech consultant James Dearsley (pictured, below) says Foxtons’ results revealed recently in its half-year results has been created by the legacy of its once might CRM system called BOS.

The results, which were worse than many of its competitors within the struggling London property market, saw sales drop by a third.

James says its IT system, created during the early noughties at a cost of £2 million, initially helped create Foxtons’ success by freeing up its talented but famously ruthless staff to concentrate on the sell, automating almost everything else years before most other competitor agents had developed anything similar.

James, who used to work at Foxtons, says the company has “developed itself into a corner” by creating a system that no else uses or can plug into, and that while most other agents now use CRM systems that they can ‘plug and play’ the latest innovative products, Foxtons is left with an inward-looking bespoke system and left to play catch-up.

A case in point is the lettings maintenance management software Fixflo which James’s company Proptech consult helped integrate into Connells’ and Countrywide’s systems, but which would struggle to be added to Foxtons’.

“[This] leaves them at a competitive disadvantage in a sector where similar outfits, with newer business models and technologies are offering new value to the consumer,” he says.

“Foxtons must recapture their spirit of technological innovation, throw BOS in the bin and start again with another 20-year roadmap in mind.”

Nic Budden (pictured, right), who is a company man with 12 years’ at Foxtons, must lead the digital transformation of Foxtons from the front in much the same way Alison Platt has at Countrywide, says James.

“With so much [tech] innovation available to landlords and occupiers, Foxtons must establish a new value proposition to ensure they create a meaningful place in this market,” he says.

“In an environment where processes are under such pressure from external operators, and consumers are seeking new value propositions, this will not be easy.”