Peter Kavanagh heads up the 160-branch Leaders Romans Group, the pinnacle of a 33-year career. Nigel Lewis asked him how it’s navigating a fast-changing property industry.

Since its formation four years ago 160-branch Leaders Romans Group (LRG) has kept a relatively low profile. But in recent months the largely national chain has been pushing its senior team into the limelight as it concentrates on expanding mainly through buying up estate agency businesses and lettings portfolios. This included, most recently, its purchase of Callwell founder Rob Wellstead’s seven-branch agency Lenwell.

Nigel Lewis sat down virtually with its CEO Peter Kavanagh to find out what the future holds for LRG, and how it’s navigating a property industry that has been undergoing structural changes both before and during Covid.

“I think like everyone in the industry all our budgets went out the window in March but nevertheless it’s been better than any of us could have expected.

Competition from hybrids keeps us sharp and focussed – ignore them at your peril.

“From when we opened in May things have been so strong that 2020 is going to be as good if not better in both sales and lettings as we’d hoped well before Covid struck, which is an incredible achievement for everyone who’s been working the business.”

Are you working towards being a full corporate, full-service estate agency group?

“Romans was grown organically as a full-service business before it was bought by Bowmark Capital including land, new homes and shared ownership and what we’ve been doing since Romans and Leaders came together is expanding those services across the whole group.

“Yes, we have grown initially through acquisition but it’s important to have organic growth as well and then add value through a ‘full tenure’ property services business.”

Are you still on the acquisition trail?

“We’ve continued completing acquisitions during Covid such as Lenwell and that’s going to carry on next year if we can find businesses that we feel are geographically good fits.

“It’s always opportunity led – but we don’t want to buy businesses that are in areas where we already have branches. There are still gaps including for example within Yorkshire, the North East, the South West and West Midlands.

“If we’re buying up rental portfolios, then we’re really after ones which have lots of smaller landlords, rather than a handful of large multi-property ones.”

What’s your view on Countrywide’s problems?

“I think what everyone forgets when they read the headlines are the thousands of people who work for Countrywide for whom the uncertainty isn’t very nice. But we have benefited from people joining us from Countrywide brands and businesses and the thing that always stands out for me is that they’re always well trained.

“But we’ve never thought that any of its agencies would be something we’d want to buy; it’s not crossed our minds, to be honest.”

Kavanagh is a Chartered Surveyor by trade and joined Romans just four years after it was founded in 1987 and has remained within the company ever since.

Before that he worked for four diff erent property fi rms including Mann & Co in Farnham and Simmonds & Sons in Basingstoke.

At LRG he helped found or has managed many parts of the business including its professional and planning services arms, before being made MD and later CEO of the group.

Peter lives in Finchampstead near the LRG HQ and is married with four children all over 20 years of age. 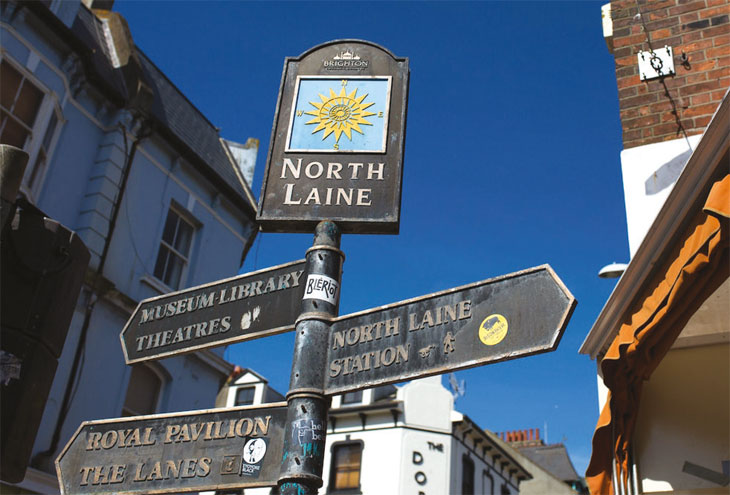 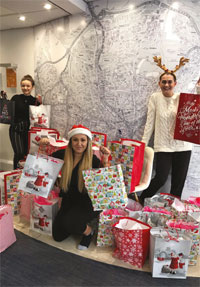 In 1983, the late Neville Lee OBE establishes Leaders as a single-branch business in the North Laine area of Brighton.

More branches were established in the then seaside town (there are three branches now) followed by expansion to over 50 branches throughout the South of England, London, the South West, East Midlands, East Anglia and North West.

This was achieved primarily through acquisition and with, from 2010 onwards, the backing of Bowmark Capital.

In 2013 Bowmark bought the Berkshire-based Romans chain for £50m off founder Dale Norton.

Norton had established the company in 1987 and grown it into a 20-branch business employing 350 people.

In 2016 Leaders and Romans were officially brought together under one roof, creating a 130+ branch national chain and a new entity, LRG Group.

“The team at the original Leaders branch in North Laines Brighton are big community supporters.”

Is the rise of hybrid agencies a threat to LRG?

“The competition from hybrid agencies keeps us sharp and focussed. Because you ignore them at your peril.

We remain very committed to the high street but we’ve also got to be able to communicate with customers in any form or channel that they want to. In a way we’re all hybrid now compared to say five or ten years ago.

“Foot-fall is reducing on the high street but it’s still important to be visible in your community and it’s hard to establish yourself as an agent without that. We’re still keen to grow our branch network.”

What do you think of the Purplebricks CRM?

“I don’t think any customer has ever emailed me to say ‘I love your CRM’, but they do email when a real person gives them a brilliant service who has understood what they needed. Proptech has an awful lot to offer, but a really good company culture is just as important.”

Does the industry really need the regulation outlined under RoPA?

“We are 100 per cent behind qualifications for agents because it’s really important that people joining companies like ours see property as a long-term career and not just a job. But it’s also important that our customers can recognise that they will get a minimum level of service from an agent. RoPA will make a huge difference.”

Have you been held back by the problem with conveyancing process recently?

“Conveyancing timescales are getting longer but it’s just a capacity problem during this extraordinary period and I can’t see a quick fix. I really hope and expect that the government will bring in some kind of extension or other way of helping people complete their purchases and get the benefit of the Stamp Duty holiday. Otherwise, 10,000 of people are going to get caught out.

“We have been honest with buyers to ensure they realise that their purchase may not go through in time to benefit from the Stamp Duty holiday. But for those already committed, I guess there may be some renegotiation within chains to accommodate that. But for some people who have committed in good faith to an expensive process in the expectation of a lower or zero stamp duty bill then there will be a lot of public unhappiness as the 31st March approaches if nothing is done.”

Where do you stand on the soon to launch Boomin and the battle of the portals?

“I see Boomin as a disruptor and although we have good relationships with Zoopla and Rightmove, a bit of competition is a good thing, as it is in estate agency, particularly if portal competition makes the terms more competitive.

“I can’t see the existing portals just sitting there and letting Boomin get on with it. There’s serious money involved. At the end of the day, they need us and our data as much as we need them, and we should never lose sight of that fact.”