Video – dawn of a new age

Getting a potential buyer to browse your site is one battle, the next is to engage and keep them there. So have you considered videos or virtual tours? Richard Reed reports. 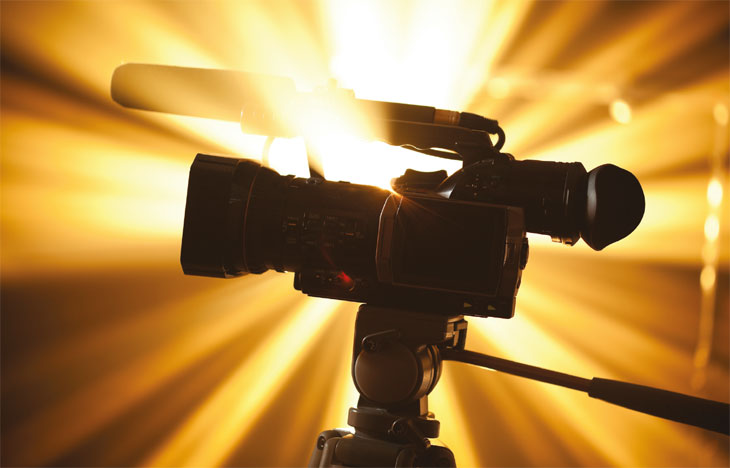 Browsing an estate agent’s site can be a frustrating experience for a genuine prospect, looking to find their next home. You might win a viewing using skillful photography, using a wide angle lens, but that could also bring bitter disappointment when the client turns up to the live viewing. So in this Netflix era when we are consuming videos on every conceivable platform, why do so few agents use them to showcase their properties?

Videos have been around for a few years in some shape or form, but the production costs were prohibitive for all but high-end properties. Now, however, things are beginning to change as the dramatically falling cost of technology brings new tech players into the market – able to offer video services to agents at a cost that would have been impossible a few years ago.

Bradleys, the multi-award winning West Country estate agent, has been pioneering video previews for four years. They use a full-production video, starting with a bird’s eye view using drone footage, swooping down inside the house for the full guided tour. The unit cost might seem high at £400, but the use of videos has dramatically boosted Bradleys’ business. “We don’t make anything from it, but it lifts our profile,” says Director Richard Greetham. “We used not sell anything at the top end five years ago and we are now the third largest seller of properties over £500,000 in the West Country. That is the direct result of better marketing, mostly the video option.

People come because we are the only firm that offers video. They can go on YouTube to see how many plays their video has – it gives them a real indication of what’s happening. Richard Greetham, Bradley.

“People now come to me because we are the only firm that offers video. Clients can go on YouTube every day to see how many plays their video has had, and that gives them a much more accurate feel for what’s happening. Agents that don’t offer this are going to get left behind. None of them want to do it, they’re fighting it – they say it puts people off. My answer is it puts off the ‘wrong’ people – do you want to do 12 viewings on your house before you get one offer or do you want to do six?” 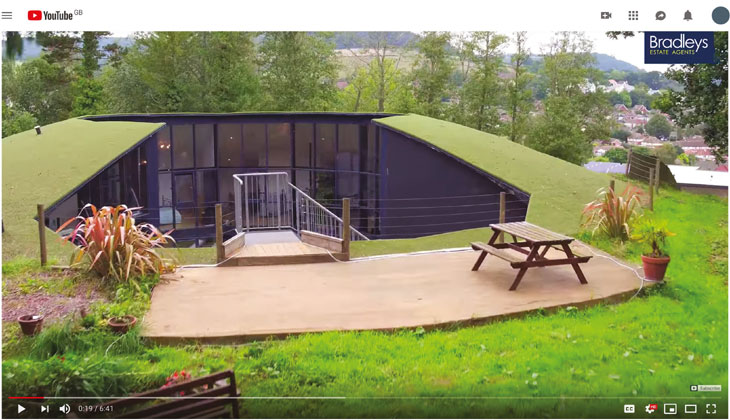 He says Bradleys started using videos when it noticed that property brochures weren’t being downloaded. Once the videos were up and running, something strange happened. “All of a sudden we stopped getting ‘I really like it, but…,’ says Greetham.

Bradleys is sold on video preview – it aims to have one for every property within the next two years, believing the cost will fall to £100 per property.

“From 10 people viewing a property (previously) we got six viewings, and we got two offers out of the six, so our viewings to offer ratio fell. We were spending less time at the property with the ‘wrong’ people and we were getting more of the ‘right’ people.”

Bradleys uses the major social media platforms such as Facebook and YouTube to push its properties. “The hits are phenomenal – we can get 2,000 to 6,000 plays on Facebook within a month of it going live.

“We are being brutally honest with our videos, there are no wide-angle lenses, no clever photographs, it is what it is, and that is really, really powerful. Hits go up, search results go up.”

Bradleys is so sold on video preview that it aims to have one for every property on its books within the next two years, and the firm believes the cost will have fallen to £100 per property.

Greetham is less keen on the point-and-click virtual tour offering pioneered by the likes of Matterport, though he says it has its place for the middle and lower end of the market.

Simon Thomas of iViewProperty.tv, which offers ‘full-tour’ video-creation services in the north of England, agrees that cost has been a prohibitive factor, historically.

“People don’t like to spend money putting their house on the market. They expect agents to pay for absolutely everything,” he says. “In Australia videos are almost standard but here everyone wants the cheapest price possible.”

Doing a video is one way agents can show their clients that they are not just another standard agent – demonstrating that they are actually marketing your property. Simon Thomas, iViewProperty.

Like Greetham, he believes estate agents need to see property videos as a marketing tool, rather than expecting clients to pay for it as an ‘add on’. 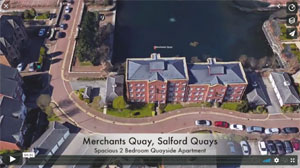 “Once agents realise it helps them win more instructions it doesn’t matter whether that individual house sells. In the vast majority of cases the agent doesn’t pass on the cost – he knows he’s going to get more instructions and sell more properties.”

The cost to create a video with iViewProperty is just £100, a far cry from the price point of old. “If they are doing five or ten of those a month, then if they just sell one more house per month they are going to more than pay for the cost of all the videos,” he says. “Doing a video is one way they can show they are not just another standard agent that they are actually marketing your property.”

Once an agent realises it helps to win instructions it doesn’t matter whether that house sells, he knows he’s going to get more property instructions.

Thomas agrees that click-and-point virtual tours are limiting. “It ends up being a pain – you get bored and lost and aren’t sure where you are. Video is a much better option. We’ve had clients who have tried both and I don’t think any of them have lasted more than two or three months.”

When mobiles came out, you had to carry a battery pack, that’s where VR is now. When you just put on glasses it will be a game-changer, but that’s three to five years away. Andrew Nicholls, EyeSpy360.

EyeSpy360 is another property video company that has helped to bring the price point tumbling down. CEO Andrew Nicholls says some older agents are tech shy and don’t see the need for change.

“There is still a large proportion of agencies out there that are owned and run by traditionalists who don’t believe they should be changing their model, believe it works, believe the market is just in a bit of a downturn because of Brexit and everything else – not that there’s a paradigm shift going on. There’s an element of denial.” 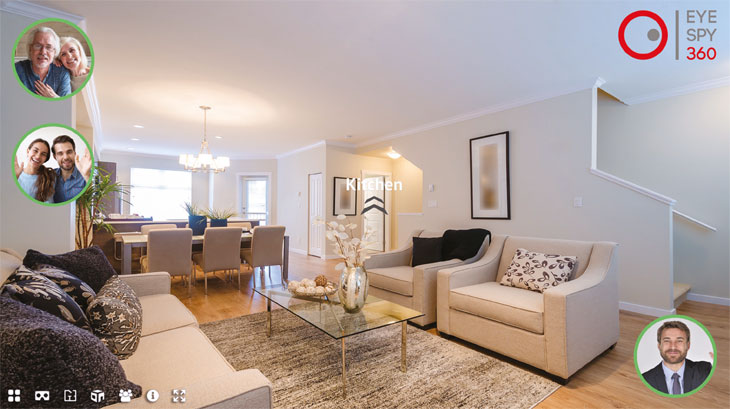 He compares it to the attitude of former record giant HMV which he worked with a few years ago. “Someone pitched an idea to them about offering music online and they said, ‘It’s not where the market’s going’.

“There’s an element of that going on in the estate agency market right now. People are just reluctant to believe there is change going on.”

Nicholls says EyeSpy360 is seeing a huge increase in demand for its services. “The shift is happening now and is accelerating dramatically.”

EyeSpy360 is working with a company called VER Kit, a device that allows you to use your mobile phone to create high quality 360º video tours. “You just download an app and it takes a series of images and stitches them all together,” he says. The device costs just £70.

EyeSpy360 charges £3 per property per month, on a subscription basis – but that price can fall still further with a higher volume package, which can see prices falling to 69p per property.