Listings misdescription by estate agency Wilman & Wilman makes it into The Times' diary column as readers celebrate 'no nonsense' but hilarious property descriptions.

Negotiators are often told to be careful what they write in property descriptions, but a gaffe by one scribe at an agency in West Yorkshire has made it into the national newspapers.

Keighley-based estate agency Wilman & Wilman is marketing a cute one-bedroom cottage in the village of Embsay near Skipton for £189,500, describing it as an ideal holiday home investment in a Yorkshire Dales tourist hotspot which comes with a full diary of bookings.

After a promising opening pitch, the property listing on Rightmove unfortunately then goes awry.

“Since acquiring the character end-terrace property, our clients have spent neither time, effort nor expense transforming it to their exacting high standards,” it says.

The unusual description might have gone unnoticed but for an eagle-eyed browser in Ilkley, who sent it in to The Times newspaper’s letters column for consideration.

Its editor Patrick Kidd asked readers whether the agent had “used the wrong verb…or is this a rare case of tongue-in-cheek honesty?”.

Readers with longer memories then replied, pointing out the industry’s most beloved ‘honest descriptions’ merchant from the 1950s/1960s, Roy Brooks.

Timesreader Katie Richards reminded Times readers of its brutal adverts, including this one: “Broken-down Batter-sea Bargain. Erected at end of a long reign of increasingly warped moral & aesthetic values, it’s what you expect — hideous; redeemed only by the integrity of the plebs who built it.”

Brooks would be proud of Wilman & Wilman; his adverts were so amusingly honest that they were printed by The Times for free, much like this most recent example. 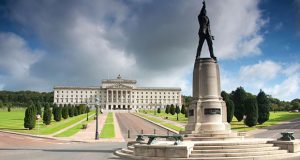