Sign in or Sign up
The essential site for residential agents
Home » Features » Why is the property market struggling despite the booming economy?
previous next
Housing Market

Why is the property market struggling despite the booming economy?

Many of us say that we need to build more homes, but is that the real issue? Sam Collins, an experienced property developer shares his views on the state of the UK market. 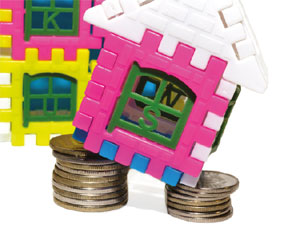 Jobs are up but house price rises are down: what’s gone wrong with the housing market?

There’s been a furore in the media recently, about the latest set of figures, indicating a slowdown in the housing market. Despite the fact that Britain is currently boasting record levels of employment, as of the beginning of August 2017 house price growth had slowed to 2.1 per cent, down 0.8 per cent in the space of a month.

For many, this is a cause for real concern: could this be the first measureable fallout from Brexit; is it the beginning of a serious decline? It could be. If you look at the data available however, numerous factors come into play, creating an unfavourable climate, but it’s probably not time to worry just yet.

The housing market has changed dramatically in the last 30 years, and as a smaller developer I’ve been perfectly positioned to observe it. Historically, most people looking to buy their own home would have purchased property that was worth roughly eight times their annual earnings. Mortgages still felt like a burden, but a 25-year repayment term did not feel unrealistic. Today things are vastly different; with recent research suggesting that in certain parts of the country, including London and the South East, this multiplier has increased to 15-20 times, which significantly impacts upon affordability.

You might be thinking that London isn’t the only place that people are buying houses, so how is this relevant to the overall picture? Well, Central London is a very particular market, but it creates a large ripple in the housing pool. Largely fuelled by overseas buyers who see it as a safe haven and safe investment, homes in the capital have been beyond the reach of locals for many years. While this provides a degree of buffering against national economic difficulties, such as the wages squeeze of the last few years, it does make it prey to international turbulence and there’s a lot going on at the moment. Yes, there’s Brexit, but there’s also the instability in America, the threat of war from North Korea, China in a state of flux and continued fear of terrorism across Europe, meaning that investors are holding on to their cash for the time being, consequently overseas interest in Central London has significantly slowed down of late.

For investors, property is now a less attractive proposition, with lower rewards, so many are looking elsewhere.

Nationwide, properties are traditionally cheaper than in the capital, due to less international demand and a lower concentration of people, although there are plenty of provincial cities that attract good investment. Here, however, other influences come to bear upon the housing market. While the Government’s help-to-buy schemes have aided first time buyers to jump the hurdles of interest rates, the costs of borrowing and mortgage eligibility, and helped allay some of the long term insecurities of being employed in a recovering climate, most people are still feeling the pressure that comes from the cost of living rising far more rapidly than the average salary. The nervous buyer could well be rethinking their options.

Increased stamp duty and a less benign tax regime for second homes and investment property portfolio owners also means that many people are now thinking again before building their retirement nest egg upon a branch of the property rental tree. Buy-to-let investors have previously played a large role in the buoyancy – or otherwise – of housing prices, from London to Leeds, and with property now posing a less attractive proposition, with lower rewards, the investors are looking elsewhere and their absence is being felt.

Is there any good news? Well, with fewer investors pushing prices up, more first-time buyers could potentially get a look in. In the short term, this is not, perhaps, great news for the property market, but it could be viewed as a positive in terms of future stability. First, however, we need those first time buyers, and those people thinking about upsizing, to regain confidence in their long-term employment prospects.

With global uncertainty, Brexit, a lack of confidence in the British jobs market, wages failing to keep up with the growing cost of living, the increase in second home stamp duty, swollen rental income taxes and the ambiguity of the Brexit scenario, we’re facing something of a property ‘perfect storm’. However, the dip in housing price increases has – so far – been just that, and overall prices do continue to rise, albeit more slowly than some hoped for.

The picture may not be as rosy as we’d like it to be, but all is not yet lost.

Sam Collins is an experienced property developer who has worked with PPR Estates, Monmouth Dean and John D Wood.