Sign in or Sign up
The essential site for residential agents
Home » Features » Incentivise investors to build!
previous next
Housing Market

Designs on Property tracks and summarises the monthly property indices. Kate Faulkner says, “Imagine if 10 per cent of landlords decided to build, with the help of local agents, surveyors and builders. That would be 200,000 homes and a massive investment into the UK economy.” 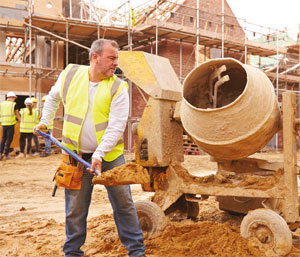 Kate says: Bake Off fans may be reaching for their raising agents as, looking at prices over the last few months, the property market is currently as flat as a pancake. This is when I believe agents – estate agents, not raising agents – come into their own. If the market isn’t moving forward pricewise, it reduces the incentive for buyers to make offers and, if prices are reducing – as we’ve seen in London – then people tend to hold back and wait to see if they fall further. This is when a good agent can step in to encourage buyers that it’s better to move when you find a property you love, particularly with what may be the last chance to lock in low interest rates, than hope to save a few pounds in the New Year when the property may no longer be available and the cost of owning (i.e. the mortgage) may rise.

Kate says: Every month I look at the figures of what’s happening across the different countries and regions and the variation still never fails to amaze me. Ten years after the credit crunch, London prices are 62 per cent higher while those in Northern Ireland, including Belfast, are still 41 per cent less than they were. In England and Wales, prices in the North East 10 years on are still 7 per cent lower while areas such as the East and South East are just performing ahead of inflation at 38 per cent and 36 per cent higher than 2007/8.

This shows that agent commentary on what’s happening in the market at a local level is far more important than property price indices’ averages. Of course, it’s worth knowing what the indices say, but only to show how different your local market is. Only local agents who know their roads and postcodes like the back of their hand can price a property correctly for sale and handle the all-important sales progression which, while stock remains at an all-time low versus demand, is now perhaps a more vital skill for an agent than selling a home.

At a local level it does appear that growth in the city centres is still holding up quite well. All the main indices suggest Manchester is currently a top performer year on year – even though over the last 10 years prices have failed to keep up with inflation. However, Peterborough and the likes of Birmingham, Edinburgh and Portsmouth – ie not the usual hotspots – are doing well, although none of these have seen prices keep up with inflation, with Edinburgh growing at less than 1 per cent a year over the last 10 years. Even strong economic performance and stock shortages haven’t allowed property prices in these areas to grow significantly and certainly capital growth is way behind major power houses like London, Oxford and Cambridge, all of which seem to have hit the buffers with price growth way below long-term annual averages, and some London areas seeing falls and property sales stagnating.

LSL Acadata HPI: “The North West set a new peak average price in September, assisted by Greater Manchester’s increase in average prices of £2,500 in the month and £10,228 over the year. Merseyside has also seen average price rises in excess of £10,000 over the last year. In Greater London, house price deflation has deepened by -1.8 per cent, to -2.4 per cent. At present, Greater London stands very much on its own in negative territory, with little evidence to suggest that others will similarly be following suit. The East, which led growth for much of this year and last year, seems to have slowed although annually prices are still up 3.3 per cent, and Peterborough (9.3 per cent) and Southend-on-Sea (8.8 per cent), particularly, continue to show growth. Despite lacklustre growth overall, the South East also still has hot spots including Portsmouth, up 11 per cent annually.”

Hometrack: “House price growth remains robust in regional cities where affordability levels remain attractive and unemployment continues to fall. Manchester (7.9 per cent) and Birmingham (7.3 per cent) are registering the fastest rate of growth. House prices in Aberdeen continue to fall (-3.1 per cent) while the rate of growth across London continues to stabilise (3.0 per cent) supported by tightening supply and lower turnover.”

LSL Acadata HPI: “We estimate the number of housing transactions in October 2017 in England & Wales at 72,000, based on Land Registry numbers and their methodology for accounting for domestic property sales. This is down by 8 per cent on September’s revised total, which is in line with the fall in transactions from August to September – although more usually there is a seasonal increase of 3 per cent in the month of October.”

naea | propertymark: “The proportion of sales made to FTBs fell even lower to 22 per cent in October, the lowest it’s been since February when the same amount were recorded. The number of sales agreed per branch is yet to pick up following the quieter summer months, remaining stagnant at eight on average per branch since July. The number of house hunters registered per estate agent branch dropped 11 per cent, from 394 in September to 349 in October. Year on yearn this figure is down 21 per cent.”

Bank of England: “Remortgaging approvals increased to 51,593, the highest since October 2008. House purchase mortgage approvals fell slightly to 64,575 in October.”

UK Finance: “House purchase approvals of 40,488 in October were a little weaker than the monthly average of 41,447 over the previous six months and 3 per cent lower than in October last year.

Nationwide: “Construction of new build properties is still too low – with completions in England over the past 12 months c13 per cent below 2007 levels. But, the picture improves significantly if we add in new dwellings that have been created by converting larger homes into more units and those created by ‘change of use’, such as offices transformed into flats. Indeed, on this broader measure, the number of dwellings being created each year is now only 3 per cent lower than the levels recorded in 2007. Interestingly, it is ‘change of use’ of buildings – i.e. from shops, offices and other commercial purposes, to homes – which is providing the biggest boost, driven by a shift in government policy. From 2014, automatic permitted development rights were granted to convert offices into residential properties. Since then, so called ‘change of use’ additions to housing have nearly doubled, from c20,000 in 2006/07 to 37,000 in 2016/17. Of these, about 18,000 were granted under the new permitted development rights. This policy change has provided a particularly strong boost to housing supply in London, where the increase in dwellings each year is now 22 per cent higher than at the 2007/08 peak. In London, homes created by ‘change of use’ accounted over a fifth of new dwellings added in the capital in 2016/17, well above the 16 per cent recorded in the rest of England (i.e. excluding London).

“Other cities with expensive housing and limited supply also appear to be benefitting from the policy change. For example, in Bristol, net change of use accounted for most of new housing supply in 2016/17.

“While this is an encouraging development, we shouldn’t overstate its significance. The growth in ‘change of use’ may well slow in future years, as developers have probably converted the easiest sites and the stock of suitable commercial property will reduce. Therefore, while the recent data is encouraging, there is still a lot that remains to be done in tackling the UK’s housing supply issues. For this reason, the focus in the Budget on increasing supply of homes in the year ahead was encouraging.”

Kate says: At the moment we are seeing that even a severe shortage of supply versus demand doesn’t always result in prices going up. There is no doubt in London that demand remains higher than supply but, if people can’t afford to buy, they are likely to stay put or rent, the latter of which typically remains a cheaper option, not including any capital growth gains. Nationwide data shines some interesting light on the effect good government policies can have on market supply; although supply is still low, doubling the number of properties through office conversion has had an impact.

“What we need to do now is call on the government to incentivise individual property investors and those who buy to let to invest in new homes to rent.

Just 1 per cent of landlords who would choose to build – rather than buy an existing home – could result in 20,000 extra homes a year; as much, if not more than, the government policy impact of office change of use.

Imagine if 10 per cent of landlords decided to build, with the help of local agents, surveyors and builders.

That would be 200,000 homes and a massive investment into the UK economy, too. It’s time agents called on investors to build, not buy. This would help deliver more properties and a better local economy, so it’s a win-win all round.”