Industry gathers for The Negotiator Conference & Expo in London

Senior politicians and industry leaders, sales and letting agents, suppliers, proptech experts and regulators met for a day of debate, networking and awards.

Over 500 sales and lettings agents, proptech innovators, portal senior staff and industry regulators packed the Hilton on Park Lane, London, hotel on Tuesday for the annual The Negotiator Conference & Expo.

Highlights of the day’s presentations, panel debates and speeches included time on the podium from The Rt. Hon. Iain Duncan Smith – who talked candidly about the missteps the government has made over Brexit and the housing market. 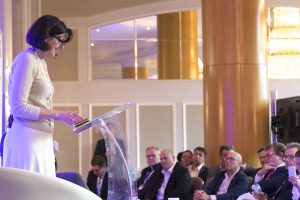 During that, Alison made the case for a robust property market in the future despite the current headwinds, and also revealed how Countrywide’s digital hybrid roll-out is progressing.

There were also lively sessions at the day’s proptech sessions, at which Zoopla Chief Strategy Officer Paul Whitehead said the next 12 months will be a crunch-time for many proptech start-ups.

He said it that it was time for many of them to start delivering on their promising starts, and that while many would succeed, inevitably many would fall by the wayside.

50 of the industry’s leading suppliers were also at the conference, including sponsors and exhibition associates includging ZPG, Paid & Co/Homelet, goodlord, One Dome, Oracle Group, Spark, vouch, yomdel and Reapit.

The event came to a food and drink highpoint in the evening when over 750 industry players sat down to attend The Negotiator Awards in association with Spark, hosted by comedian Jimmy Carr whose ability to both shock and amuse in equal measure proved undimmed. 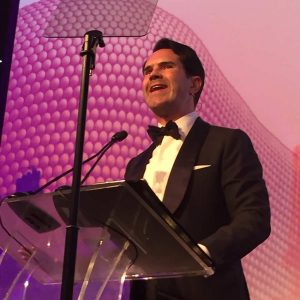 Highlights of the evening included the winner of Rising Star of the Year Mitul Gadhia of Whitegates, Website of the Year winner Winkworth, Franchise/Network of the Year winner Belvoir and Lifetime Award winner John Hards, the former MD of Countrywide’s lettings business. 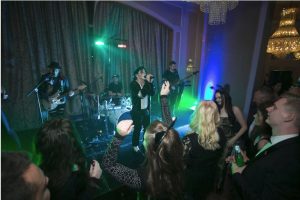 The party then went on into the small hours and included a Michael Jackson tribute band and charity casino.