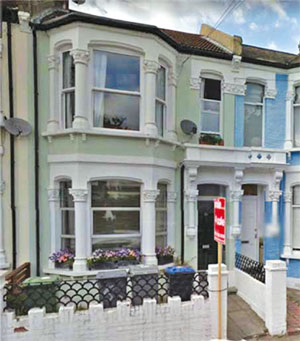 Recent articles in the national press suggested that an owner of a long leasehold flat worth £600,000 had lost his home, through forfeiture, for seemingly mild breaches of the lease. Many complained that forfeiture was an arcane and unfair remedy with no place in the modern world, however things are often not as they seem in the papers and, whilst some safeguards may be welcome, while leasehold tenure exists for residential property, the remedy of forfeiture will still have a place.

Mr McCadden bought a leasehold flat in Kensal Rise on the first floor of a Victorian house for £600,000 in 2016. Apparently he did so without any mortgage, so he owned the lease outright without any legal charge over the property.

Accounts vary, but it seems that Mr McCadden commenced building works shortly after he purchased the property, installing a new kitchen, bathroom, central heating system and reconfiguring room layouts. All of this was done without the consent of his landlord, who owned the building and who lived in the flat below.

If a landlord wishes to forfeit a long residential lease for breach of covenant, it must first obtain an order from the First Tier Tribunal confirming the existence of the breach. In November 2017 the First Tier Tribunal made a ruling that Mr McCadden was in breach of his lease in carrying out the unauthorised works, and by causing a nuisance to the other flat owner by causing damage to the lower flat and causing nuisance in allowing building rubble to be left for many months in the front garden.

There’s no suggestion that the works caused significant damage, or that the landlord’s financial interest in the building was materially reduced.

From a purely financial perspective, the remedy appears to vastly outweigh the wrong. There is no suggestion made that Mr McCadden’s works caused significant damage to the building, or that the landlord’s financial interest in the building was materially reduced. On the face of it, the landlord has now received title to a flat, newly refurbished at Mr McCadden’s expense, which she is now free to sell for a significant premium, whilst Mr McCadden is left with nothing.

However, matters may not be as stark as they first appear. It is suggested that Mr McCadden consulted two lawyers, but did not like their advice. Whilst he claimed that he was unaware of the court hearing at which the order for possession was made, overall there were a number of hearings and Mr McCadden seems to have deliberately avoided engaging in the process.

This probably gets to the root of the case.

The courts are very much alive to the fact that forfeiture of leases for which significant premiums have been paid, presents a serious issue of fairness. It will seldom be just to grant the landlord a windfall of the return of a valuable property asset for potentially minor breaches of lease covenant.

However, where a tenant is in breach, refuses to remedy that breach, to refuse to do so despite being given every opportunity, and refuses even to engage in court proceedings, forfeiture may be the only remedy available to the landlord. Unless the landlord has a contractual right under the lease to enter into the flat to remedy breaches of contract, the landlord may have no other effective remedy against an intransigent tenant.

Long residential leases have their supporters and detractors. Criticism (probably fair) of the use of long leases for houses has grown in recent years, and government intervention to severely restrict their use is in the offing. However, long leasehold title, as a method of properly regulating multiple ownership of blocks of flats, is long established and, on the whole, works.

It’s possible to argue that safeguards should be in place to restrict forfeiture where the remedy would be out of all proportion to the breach.

For so long as long leasehold title persists, forfeiture must remain as an available sanction to deal with the few extreme cases of persistent breach by tenants who do not abide by their lease contracts, or cause longstanding nuisance to their fellow tenants.

In most cases, long residential leases will have been bought with a mortgage, which provides for a built-in safeguard against forfeiture. The mortgagee will have to be served with the forfeiture proceedings and will, in most cases, exercise their own powers within their charge to remedy the breach, thus preserving the lease. The absence of a mortgagee is one of the things that makes this case unusual.

Whilst forfeiture has long been suggested as an area of law ripe for reform, it is hard to justify its abolition. Whilst it’s right that people who have paid a small fortune for their long residential lease should be protected against land grabs for minor breaches of leases; landlords (which in many cases will be the tenants of the building acting through a holding company) must have the ultimate sanction available against tenants who are in persistent breach and where no other realistic remedy is available.

It is possible to make a case for arguing that clear safeguards should be put in place that would restrict forfeiture where the remedy would be out of all proportion to the breach. Mr McCadden would surely agree. In his case, it is hard to argue that the landlord’s financial loss justifies the windfall received.

Safeguards in the form of mortgagee cure rights, the need to get an order from a Tribunal confirming a breach of the lease and the discretion of the court do exist, but if more formal safeguards are required, such as a prescribed list of breaches or circumstances that would justify forfeiture, or a mechanism to allow former tenants a return of value for their forfeited leases; then ultimately, new legislation will be required. 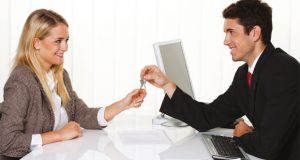