Mecca Properties initially appealed its fine from Manchester City Council but has now lost this at a First Tier Tribunal hearing.

A lettings agency in Manchester has been fined £21,500 over a slum HMO after losing its appeal against the original fine first given to the firm in August 2020.

Mecca Properties M/CR based on Dickenson Road was issued a civil penalty after an HMO it managed was found to be in breach of regulations.

It then appealed this and the case has now been heard by a First Tier Tribunal (FTT), which has upheld the original fixed penalty issued by Manchester City Council.

The FTT agreed that the company was guilty of ‘systematic failings’ and the breaches were significant enough to warrant the Civil Penalty Notice, ordering the company to pay the outstanding fine. 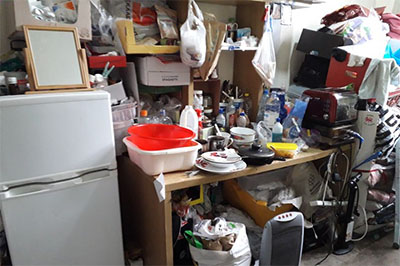 These included obstructions to escape ways in the event of a fire – including doors that could not be unlocked without a key in order to escape in the event of emergency – while the property did not have any smoke alarms when first inspected.

The management company also failed to provide a gas safety certificate when requested, and deficiencies were found in the electrical installation.

Parts of the property were found to be in a poor state of repair, including the hallway floors and missing tiling in the bathroom. The property was also found to be dirty (pictured) and a window in the kitchen was broken and covered with a ‘to let’ sign.

Council officers attempted to engage the management company on a number of occasions to address the issues at the property and support them to mitigate the serious fire safety breaches but to no avail.

Councillor Rabnawaz Akbar (pictured) says: “We know that the vast majority of landlords and managing agents are very good, but for those that are not, I hope that this sort of action serves as a real warning.”