Move over airbnb… this could be interesting

Since airbnb launched, the rental property market has changed – more change is inevitable and exciting at the same time – and it could easily arrive in the UK.  This week’s news is that D Alexander, just launched in Denver, Colorado, USA, purchases single-family homes – whether rentals or private homes – and updates them, rebranding them and offering them up as smart short-term rentals.

D. Alexander claims to be the answer to guaranteeing a positive guest experience that companies such as Airbnb, VRBO and HomeAway cannot – because they don’t own the homes they rent. Co-Founder Alex Allison said, “We saw a gap in the marketplace from a consumer standpoint. Airbnb is being treated as alternative lodging, but there are no brand standards. Over the last two years, travellers have been looking at Airbnb as hotels but they’re not getting what they expect.” 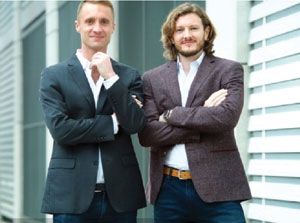 Allison and Co-Founder Dustin Abney are former Zillow executives so they have significant property listings experience and plenty of enthusiasm, now their new business, D. Alexander, buys homes, updates them to a very high standard, installs new, modern furniture and provides care products such as shampoos, lotions and soaps. It is a new twist on vacation/business accommodation.

D. Alexander’s nightly rates will range from $300 to $700 a night, depending on the size of the home, market inventory and amenities such as pools, hot tubs or golf carts, Allison said. The company generally looks for four-bedroom, four-bath homes that are friendly for larger groups and families.

Allison declined to disclose how many homes the company has already purchased until the company officially rolls out them out for rent. D. Alexander avoids markets like Denver that have stringent regulations that only permit people to rent their homes through companies like Airbnb if it is their primary residence. “We just don’t buy in those markets,” Allison said. “Usually, that occurs in major metros and urban markets. They have to regulate it to a higher degree.”

Instead, D. Alexander looks for properties in resort towns that are generally reliant on tourism as their primary economic driver and have a relatively low supply of traditional lodging. While the company is not yet disclosing the exact locations of its holdings, Allison says the world is definitely open to more high standard, short term rentals.

The question is, could this work in the UK?

Note: this is a company in the USA, not to be confused with D.J. Alexander, Solicitors and estate agents in Scotland.