Leaving a lovely surprise for new tenants or owners can be a useful touch in retaining customer loyalty, says Andrea Kirkby, but love is not all you need... 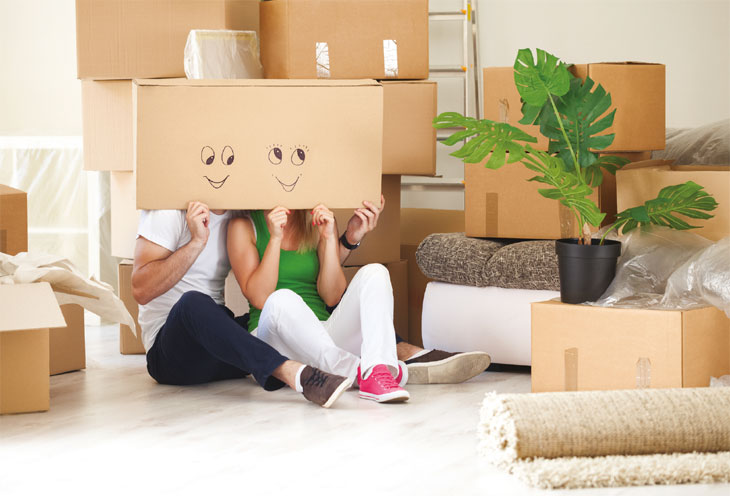 One simple way that some agents are using to show their love is the delivery of a moving-in present to tenants or buyers. Jackson-Stops & Staff in Chelsea, for instance, use them as a sign of goodwill, along with the hope that if the buyers later want to sell the property, they’ll naturally think of contacting the agent. Of course there’s no evidence to prove a return on investment – but then it is quite a small investment compared with the commission on a central London property.

Other agents are also using moving-in presents of various kinds. Strutt & Parker gifts trees to its country purchasers, while John D Wood gives out china mugs and key rings, and Chesterton prefers to focus on the practicalities with such basics as toilet roll, teabags, and washing up liquid – the kind of things home movers often forget, or can’t find among the boxes. At the top of the market, a number of agents deliver a bottle of champagne.

For lettings agents, delivering a moving-in present to tenants can also present an opportunity for a quick property inspection and snag-finding mission; Belvoir’s agents use the delivery visit to test the smoke alarms, killing two birds with one stone. (What does seem to be a bit of an own goal is that relatively few agents seem to be sending moving-in packs to their own vendors, though presumably the vendors are in most cases not just selling up and going on a world cruise. Room to sharpen up a bit there?)

Agents can of course make up their own moving-in packages. But as with so many services from floorplans to inventory, agents can also outsource; Home Move Box offers a number of packages from simple practicalities to luxury hampers with champagne to toast the new house. Agents benefit from Home Move Box’s greater purchasing power as well as from getting someone else to do the hard work.

HOW DEEP IS YOUR LOVE?

It’s a nice touch. But Dan Channer, MD of Oxford based lettings agent Finders Keepers, thinks loving your customer needs to go a lot deeper than just delivering a box of goodies. His agency has won several industry awards, so he should have a good idea what works. “Ultimately,” he says, “it’s more important to do the basics well than it is to have cards and cakes and gimmicks on top. Those are pointless if you’re not doing the basics.” But how you define ‘basics’ is, of course, important; true customer service isn’t just about operating a cookie-cutter process that works 100 per cent of the time.

He believes agents need to look outside the sector for ideas, and describes part of the induction process which aims at analysing good and bad customer service. “I do an exercise with everybody who joins,” he explains; “I ask them to talk about a company they love and a company they hate, and then we unpack the answers. We always find the same basics – we love helpfulness, accountability, competence, expertise, a personal relationship with no hard sell, and treating people as individuals. Our job is all the little things – it’s a detail driven industry.”

A great part of the job is creating the right culture with staff. If staff are too sales driven, that can be difficult; they may, for instance, prioritise a quick sale at a cut price rather than being honest with a client that the house should have some work done on it before it’s put on the market. Good hiring is part of the solution, but without good management even the best staff won’t deliver. Dan Channer adds training to the mix, with modules focusing on how to manage conflict, negotiation skills, and how to deal with difficult people – areas that go beyond what many would consider the ‘basics’ of the lettings agent’s job.

DO THEY LOVE YOU? 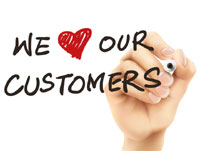 It’s easy to measure and reward customer acquisition or revenue – surely customer service is an intangible that’s difficult to monitor? Not so. Dan Channer says there are a lot of different ways to measure how well you are doing. “We pay a lot of attention to customer reviews,” he says, “we look at churn rate, how many recommendations we get, the reasons landlords leave us, and reasons landlords come to us.” That takes time and effort, but it’s worth doing. He knows that two-thirds of the agency’s enquiries come from a word-of-mouth recommendation, “and without that, we don’t have a business.”

Agents can make up their own moving-in packages, but as with so many services, you can also outsource; Home Move Box has packages from simple practicalities to champagne hampers.

Mystery shopping can also be useful, but he warns, “it can demotivate people,” particularly if it’s used as a way of catching staff out rather than helping them do their job. The same could probably be said for review sites, but again that depends on how the feedback is handled. At Finders Keepers, “we use it as a means of staff motivation. Handled in the right way it’s a really good tool and can deliver useful learning points.”

Dan Channer is also scrupulous in regarding the interests of his tenants as equally important to his landlords’. “The proof of the pudding is how you treat your tenants,” he says, and explains that it makes commercial sense – “we’ve had a lot of previous tenants come back to us as landlords – they know we are fair, and we’re efficient.”

Dan’s words about treating customers as individuals are heartfelt. Perhaps a university city turns out a few more eccentrics than other markets, but he stresses that Finders Keepers has coped with more than a few odd situations and inserted some quite bizarre clauses into contracts. “We had one contract that stipulated tenants must not dislodge the bees’ nests in the garden, and we’ve had a clause about not disturbing breeding frogs,” he says. “Somebody asked permission to put a mural on the wall, and though we thought there was no chance, when we asked, the landlord said yes. It’s all about negotiation, that’s our job.”

Clearly innovation is also something Finders Keepers uses to enhance customer service. For instance the agency has mapped out school catchment areas and delivered them as a search option on its site (admittedly, Rightmove thinks the same way); it owns an interior decoration business; and it delivers quarterly reports on the lettings market – a bunch of services that deliver far more to landlords than most agencies of the size.

As Dan Channer says, “It’s doesn’t do the job just to tell people that you care, you have to show them that you care.” And testimonials are one of the best ways of delivering that evidence. Finders Keepers uses Feefo intensively to show its testimonials, but there are numerous review sites, some, such as Allagents, focused on the industry, and others, like Trustpilot, more general in their appeal. Whether you love or hate the review sites, the fact is that they are becoming more and more used by the public, and need to be taken into account as part of the agency’s reputation management. As Dan Channer says, getting reviews on these sites “is becoming a hygiene factor”; if potential customers don’t see a review, they may go elsewhere.

The smart agent will always ask customers for a testimonial; it just takes a simple email once the deal has been done. Agents also need to pay attention to the reviews they get. Getting a bad review hurts, but it can be used as an opportunity to demonstrate good customer care values – inquire what went wrong, what could have made things different, whether the customer can think of a better way to do things – and if it leads to a revision of internal processes, it might even do the business good in the long run.

That takes work, though. Finders Keepers used to ask everyone to keep an eye on their own reviews, but he says they’ve found it’s more efficient to centralise the work. “We have one person responding to bad reviews and managing our presence on review sites – one day a week, for the whole company – so it is an investment but one that pays off.” It can make sense to give the job to whoever looks after social media – but with the proviso that it needs to be someone who can do the job well; don’t just give it to the office junior.

Ultimately there’s no single solution to good customer service, and it’s a lot less easy to deliver consistently than you might think. But the rewards for doing so are potent; word of mouth recommendations bring in more business, and much more cheaply, than advertising, while one happy customer apparently even wanted to buy the staff at Finders Keepers a large box of chocolates!