Newton Fallowell founder and CEO steps aside to become chairman

Mark Newton, the 64-year-old founder and CEO of Belvoir-owned Newton Fallowell (above, left) has stepped aside to become the company’s chairman but will keep his place on the parent group’s board, it has been announced.

The now vacant leadership role at Newton Fallowell will be filled by David Spackman (above, right), the company’s current Franchise Director following his work on the recent acquisition of regional 19-branch competitor Lovelles, announced last week. Spackman is to become the company’s managing director.

Newton’s decision to take a less operational role comes just four years after he sold his then 31-branch Grantham-based business to Belvoir for £6.3 million.

He founded the business in 1999 and originally said he’d stay with Newton Fallowell for two years but has so far stayed closely involved in the business for much longer.

“I will still be very much involved with the business in my role as Chairman, whilst continuing as Executive Director on the Belvoir Group PLC Board, working on several strategic projects for the wider Group, including the further development of financial services,” says Newton.

Spackman has worked at the company since 2011 after joining it from Belvoir where he was Head of Franchise Recruitment for two and half years.

Before that he ran his own recruitment company and also worked in software development within the property industry including at Your Move.

“I am delighted and very proud to accept the role of Newton Fallowell MD,” says Spackman. 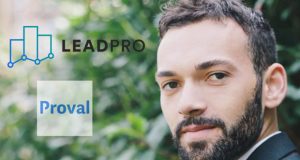