Designs on Property tracks and summarises the monthly property indices. Kate Faulkner says, “As we know, politics is very fickle. Housing is in danger of falling off the policy agenda as Brexit issues take over.” 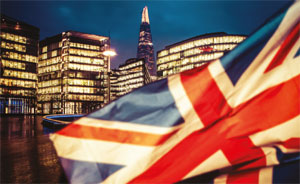 Rightmove: “Another price record set as the under-elevens keep the market moving.”

Nationwide: “Further slowing in annual house price growth in May.”

Kate says: “The reports are mixed. Some claim that the market is slowing due to the election, some suggest that property prices continue to move forward. I think that up until now the market has moved as expected. It has seen a recovery since the credit crunch, albeit a very mixed performance on a regional and even postcode basis with a ‘recovery’ defined as +60 per cent since the falls through to only just recovering to prices seen 10 years ago, although not for every property on each street.

People are going to start to realise that the property market isn’t the money-making ATM that is has been.

“However, the election result is probably a bit of a disaster for the housing market in the short term. It’s going to be so hard for the current government to get anything passed, housing is in danger of falling off the policy agenda in favour of the likes of Brexit and public policy for education and social care/NHS. This would be such a shame as we have got so close to getting housing as a key focus for political parties. But as we know, politics is very fickle.

“On the other hand, for those who like a bargain or two, the continued uncertainty is likely to help drive some good deals which have been tough to find while markets were recovering so fast.”

RICS: “Central London prices have now lingered in negative territory for thirteen months in succession (albeit the latest reading was less negative than previously). Elsewhere, house price inflation across East Anglia has slowed noticeably in recent months and, along with the North East, was one of only two other regions in which prices were not reported to have increased. At the other end of the spectrum, the North West again returned the strongest positive net balance, with 67 per cent more respondents noting higher (rather than lower) prices in the April report.” (Apr ’17).

LSL Acadata HPI: “In March 2017, for the second month running, the figures show the West Midlands topping the charts for regional house price growth at 6.2 per cent, with the East of England remaining in second place at 4.9 per cent, and the South West third at 4.5 per cent. Greater London remains in 9th position in terms of regional price change, one place ahead of the North East which is in bottom position. This is the fourteenth month in succession in which the North East has seen the lowest rise in house prices of all ten regions. In March, four regions are showing an increase in their annual rates from the previous month, four regions are recording no change, with two regions seeing a fall in their annual rates. The West Midlands is showing the largest increase in its rate, up by 1.2 per cent from the previous month, while Greater London has the greatest fall of 0.8 per cent. Overall in March, house price inflation fell to 3.3 per cent, down from the 3.4 per cent of the previous month.” (Apr ’17).

Hometrack: “Eleven of the twenty cities are registering higher growth than at the same time a year ago. This includes Aberdeen where price falls have moderated. Annual price growth is lower across nine cities with a material slowdown in the highest value, most unaffordable cities such as London. Manchester continues to register the fastest growth rate of 8.4 per cent, up from 6.3 per cent a year ago. The ratio of sales to new supply in Manchester indicates relatively tight housing supply which points to continued upward pressure on house prices.

“Other cities with above average growth include Leicester (7.7 per cent), Birmingham (7.7 per cent) and Nottingham (7.2 per cent). Rates of growth in regional cities are overtaking growth in previously high growth cities such as Bristol and London.

“The scale of the recent deceleration in house price inflation across cities in southern England is stark. London, Cambridge, Oxford and Bristol have all seen the rate of growth slow from double to single digits over the last year. This steep deceleration in growth reflects weaker levels of demand from homeowners and investors in the face of affordability constraints, tax changes and weaker market sentiment.” (Apr ’17).

Kate says: “With three out of our four countries still not recovering their average prices from a decade ago and average house price growth being lower than the long-term average in six out of the nine English regions, it’s clear the market is slowing. This is an enormous departure from property price performance in the past. This is the first time I can see from the data where some areas haven’t recovered their prices to pre-recession levels and then have seen further falls. In the North East, for example, according to the Land Registry, prices on average are still 12 per cent lower than they were a decade ago and now the latest data shows prices have fallen year on year. The media often talks about ‘bursting bubbles’ and it’s quite incredible that they have still not mentioned the fact that we have probably now seen the UK’s first true property price bubble for some properties/ areas across the country. It’s likely over the coming years that people are going to start to realise property isn’t the money-making ATM it has been in the past and this, thank goodness, is likely to slow down market growth further. If wages can push through, this – together with government Help to Buy and shared ownership schemes – will help affordability tremendously over the coming years, hopefully helping to reinvigorate what is currently a low transaction market.

“From a towns and cities perspective, outside the South and London, for now Hometrack are showing a definite revival in many key cities, such as Birmingham, Liverpool and Manchester.”

LSL Acadata HPI: “The number of housing transactions in April 2017 in England & Wales is estimated at 63,500, based on the Land Registry methodology of accounting for domestic property sales. This is down 7 per cent on March’s total and is a marginally larger fall than the typical average seasonal decrease of 5 per cent that occurs this month based on data from the last 20 years.” (Apr ’17).

NAEA Propertymark: “The average number of sales agreed fell in April, to eight per branch. In March, 10 sales were agreed. The proportion of sales made to FTBs in April remained at 25 per cent.” (Apr ’17).

Kate says: “The transaction data from LSL clearly shows the amazing difference between what’s happening in previously high growth areas such as London, the South and East which are clearly down 2015 vs 2017. The 2016 vs 2017 period is interesting from a business perspective but, marketwise, was influenced far too heavily by the introduction of the 3 per cent stamp duty surcharge. What the data shows is that it’s the affordable areas which are up – such as Wales (up 13 per cent vs 2015) and the North East (up 10 per cent), even though their property prices have yet to recover from pre-credit crunch heights. The question to consider now, even in the next few weeks, is whether election jitters will now hold the market back in the North as well as the South, stifling recovery in these areas and potentially holding back their economies, worsening the North/ South divide.”

RICS: “An acute shortage of stock remains a key factor underpinning prices for the time being. Average properties on estate agents’ books continue to hover close to record lows, while the headline indicator on new sales instructions remained negative for a fourteenth month in a row. Interestingly, instructions have now reportedly picked-up slightly in London in each of the last two months (in net balance terms). The lack of choice for would-be buyers across the UK appears to be one influence dampening overall sales market activity. New buyer enquiries were again broadly unchanged and have now failed to see any meaningful growth since November of last year. Alongside stagnant demand, the latest figures point to agreed sales starting to slip (modestly) following a number of months of static transactions.” (Apr ’17).

Kate says: “I am getting an increasing number of questions now as to whether the market is going to crash and if now is a good time to buy. However, as the RICS point out, a crash is unlikely while demand remains high and supply still low in many areas. Unless, of course, the election nightmare and the high level of uncertainty in the economy results in people turning away from the property market. The next few months through to September will be critical to securing an idea of how the housing market will react in light of such seismic economic changes to how our country is run.”