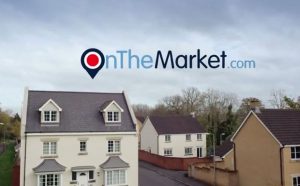 OnTheMarket has taken legal action against one of its departing agents just hours after it had announced a return to ZPG’s portals.

West-Sussex 15-branch agency Henry Adams had announced it was to leave OnTheMarket and rejoin Zoopla, its Chief Executive Philip Jordan (pictured, below) saying he was “very pleased to be back with ZPG”.

The agency is based in Chichester but has branches in other parts of West Sussex as well as in Surrey and Hampshire.

The corks were also flying at ZPG’s headquarters in London as Mark Goddard, ZPG’s Managing Director of Property Service, sounded equally ecstatic, saying he was “delighted to welcome back Henry Adams”.

But the move proved too quick for OnTheMarket, which promptly issued legal proceedings preventing the move.

An OnTheMarket spokesperson said: “”We noted media coverage on 15 November 2017 that Henry Adams had signed an agreement with Zoopla to list all of its properties on its websites.

“As at 16 November 2017, Henry Adams is not listing its properties on any of the ZPG websites.

“The firm continues to list its properties at OnTheMarket.com in accordance with its current listing agreement and remains a valued member.”

ZPG confirmed that the move by Henry Adams back to its portals had been delayed and told The Negotiator that: “Henry Adams voluntarily re-joined ZPG but has subsequently been threatened with legal action by OTM for doing so.

“It is an unfortunate state of affairs for OTM that the only way they can retain their customers is by threatening to sue them and preventing them from maximising their opportunities.”