Leading regional estate agency Pygott & Crone is believed to be the first in the UK to sponsor the women’s football team of a major club.

The company, which has 110 employees and 10 branches all over Lincolnshire as well as offices in London and Nottingham,  is to be the team’s official sponsor for the 2020/2021 season.

The deal with include its logo on their official shirts, match day programmes and stadium signage.

Tim Downing (picture, right, above)  director of the award-winning estate agency, said: “We are very proud to be shirt sponsors for Lincoln City Women’s FC.

“Pygott and Crone is passionate about sport and supporting the wider communities of Lincolnshire, so it’s important that our support of this great and successful club continues.” 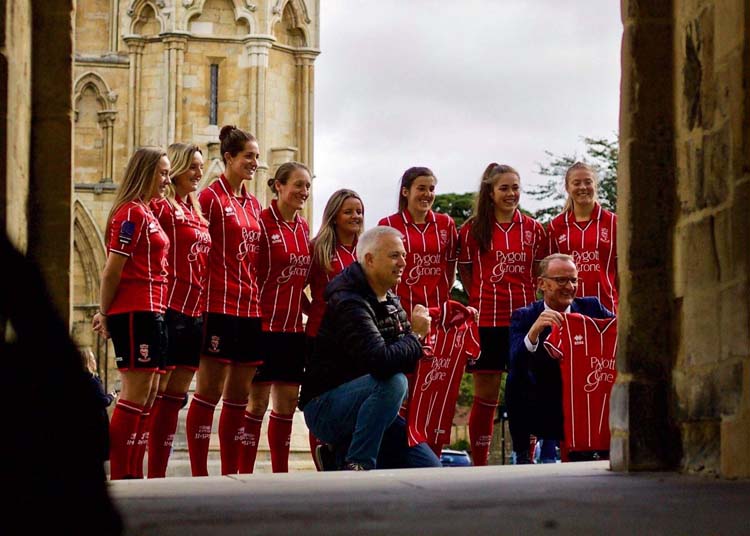 “Working in partnership with such a prestigious and award-winning company is a huge boost to the club.

“With a shared value of encouraging women in sport and in proudly representing Lincoln City FC, we look forward to working together with Pygott & Crone towards an ambitious and successful future.”

Lincoln City’s First Team are currently number two in League One with bright prospects for promotion to the The Championship league.

Its women’s team are no slouches either – originally an independent team formed in 2008, they have dominated women’s football both at county and regional levels from the word go. They changed their name to Lincoln City Women FC last year, adopting the club’s colours.

Pygott & Crone are multiple winners of  The Negotiator Awards including at last year’s gala evening in London.

EXCLUSIVE: ‘What the Queen’s Speech really means for estate agents’