This is how to get sales progression really moving

New technology can save time and trouble, says Andrea Kirkby, by getting your deals moving smoothly. 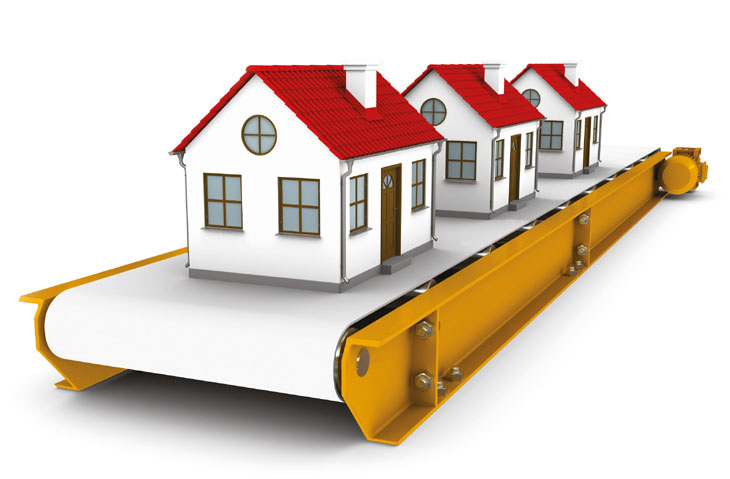 Sales progression used to be just another part of office admin for many agents. Now, it’s increasingly becoming a focus of agent’s service, with new software and outsourcing companies transforming the way it’s done.

It is a complex process with 72 separate tasks, carried out by different individuals. You can spend hours just staring at it. Owen Derbyshire, Track My Move.

Owen Derbyshire of Properr Software and Track My Move believes it’s also becoming a potent differentiator for the best agents. “Arguably,” he explains, “marketing is now shared with the portals, and everyone uses the same portals, so you need to show clients the value further along the chain.”

Outsourcing came relatively late to sales progression compared to some other treats, like EPCs, photography or floorplans. Most of the companies in this space are just three or four years old and are only just coming out of the initial phase of roll-outs and beginning to market their products widely.

Richard Megson of ASAP says, “It was mainly the corporates who kicked it off (with separate sales progression departments), but it’s the desire from clients for more help with the process that’s really driving sales progression.” Some clients are just looking for the agent to make sure the transaction is pushed through quickly, while others want extensive hand holding – but they’re all looking for more than they used to. As a result, agents are paying more attention to sales progression, and the market for software and outsourcing is growing fast. 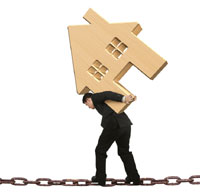 One of the problems with the process is the sheer number of stakeholders involved, particularly when you look at the complete chain. Sohail Rashid of View My Chain (VMC) reckons the average chain has four properties, which means 20 stakeholders – agents, buyers, sellers, solicitors, and lenders. And then there a huge number of separate tasks to be handled; Sue Ralston, at Complete My Sale (CMS), says, “We track 25 separate milestones per property sale,” while Owen Derbyshire says there are more than seventy different tasks to be carried out between offer and completion. No wonder nearly a third of sales collapse after offers have been accepted.

Another problem is that many, perhaps most, negotiators really don’t like sales progression. They are good at selling, whereas sales progressors need to be meticulous record keepers and have in depth knowledge of conveyancing and property financing. On the other hand, they need to have the same people skills as negotiators. Jayne May of Track My Move says, “I started in 2000, and when I started I was office manager but most of what I did was sales progression; that was what I did five days a week, and no one in my office would touch it.”

While agents are obviously working for a single buyer, on a single property, sales progressors need to understand the whole chain. Sue Ralston says, “We manage the whole chain, and we’ll deal with any third parties involved – mortgage brokers, surveyors, management companies.”

That’s where View My Chain software comes in. It follows two failed attempts at improving transparency, the Land Registry Chain Matrix, and then the Law Society’s Veyo system; but unlike them, it brings together all the stakeholders in the chain, not just the conveyancers.

CEO Sohail Rashid says he aimed to make sales progression as transparent as, say, ordering a taxi or a book over the internet. The crucial step was identifying all the triggers and delivering a holistic view of the entire chain. “It had to be a data driven project,” he explains. “As soon as you rely on manual updating or integration with multiple CRMs, you’re sunk.” The key was getting stakeholders to agree to join a property ecosystem including credit reference, legal search, and Land Registry.

View My Chain allows any of the stakeholders to see the actions that have been taken along the chain; whether mortgages have been sourced, for instance, or whether searches have been ordered. It also red flags if any deal in the chain actually falls through.

Owen Derbyshire says the complexity of the sales progression process is striking. “We have a huge matrix of tasks; 72 separate tasks carried out by different individuals. You can spend hours just staring at it. There’s one bit of paper that has to be sent on seven separate trips.” But there are ways to cut the workload; for instance, Properr’s software – which is also at the heart of outsourcing service Track My Move – groups communications, so that, for instance, all the cases handled by one solicitor can be dealt with at the same time.

He also says machine learning is being built into the system. “The more transactions we can analyse, the more we can track how our users relate to each other, and the likelihood of a certain action getting a certain result – making educated guesses to mitigate risk wherever you can.”

When tried to automate as much as possible. Now we focus on a quality customer experience with less automation. Sue Ralston, Complete My Sale.

However, technology is still just an enabler. The work is still down to the sales progressor, whether within the agency or outsourced. Sue Ralston says “When we started off, we tried to automate as much as possible. It worked and it did increase efficiency, however we now focus more on quality and customer experience, so there is little automation on the client side.” Where the tech really does earn its keep is in running fail-safe checks, and flagging up overdue milestones, so that nothing is overlooked. (It also helps ensure that even if agents have handed over the nitty-gritty of sales chasing, they can still use a portal to check up on what’s happening and keep in control.)

Tony Hill of ASAP agrees that “technology is a good facilitator, but you’ll never be able to replace the people.” For instance, forging a good relationship with a solicitor will still pay dividends, particularly when a sale is complex.

Sohail Rashid believes the vast majority of agencies still don’t have dedicated sales progressor. He thinks less than a quarter do, and those are mainly larger chains with central sales progression offices. They have deeper pockets, but also have the high transaction flows to make a central function efficient. But, he says, more agents are realising the value of good sales progression to their business; while some are hiring dedicated personnel, others are now outsourcing.

Better sales progression can save a sale. If a survey isn’t great, it might kill the sale. But we understand the surveyor’s system – buyers often don’t. Richard Megson, ASAP.

That includes several of the online and hybrid agents. According to Richard Megson, the local property experts who staff these agents can’t handle the workload for sales progression, so it’s being done centrally or outsourced. “A lot more independent firms are beginning to do it, too,” he says, “but they’re still a minority.”

It’s early days for sales progression outsourcing and there are various different models. CMS started as a monitoring service and developed into an outsourcer; Properr Software developed an outsourcing arm in response to client demand. Meanwhile, Tony Hill explains that ASAP has a slightly different take from other firms; they take on the client as soon as the agent wins the instruction, rather than when the memorandum of sale is issued. That allows them to start compliance (anti money laundering checks and checks on title) and pre-package the conveyancing work, “so when they do get a buyer, they’re well prepared.” For instance, they’ll pick up where building regulations certificates might be required, or where there are questions about access or rights of way. “You’ve answered the questions before the buyer’s solicitor has raised them,” Tony Hill says. “And we can also help guide the vendor through the documentation that’s required, and if it’s missing, how to get hold of it. That all saves time.”

And it does save a lot of time. ASAP’s record from offer to completion is just three days. It also shows that detailed legal knowledge; ie Tony’s 13 years’ conveyancing experience, is extremely useful for the sales progressor; one reason estate agents may not be best placed to progress their own sales. However, he admits that sometimes, a sales progressor can add value just by explaining the process to first time buyers and sellers and making sure they understand what’s involved.

Although three days is exceptional, sales progression software and outsourcing can drastically cut the time taken to complete. Complete My Sale claims it can cut the average 12 week timescale to 8 weeks, while reducing fall-throughs by 20 per cent. For the average branch, that would save one sale (and of course one commission) a month. Sohail Rashid claims that VMC can cut two weeks off the average timescale.

Richard Megson illustrates ways that better sales progression can save a sale. Suppose a survey doesn’t come in quite as expected; that might cause a sale to fall through. “But we understand the surveyor’s ‘traffic light’ system, which buyers often don’t. It may seem to say the wiring is outdated and dangerous, whereas the surveyor’s just saying is just ‘get it tested’.”

It’s not just relevant expertise that makes outsourcing work; economies of scale also come into play. Owen Derbyshire reckons it costs the average agent £250 to progress a single sale, while Track My Move charges £150 to do it and can still make a profit, though he admits that “the core of our business is the software, the outsourcing isn’t a big money-spinner for us.” ASAP works slightly differently; it provides sales progression free if the seller uses one of its referred conveyancers, and charges only if another conveyancer is chosen.

For many agents trying to shrink their cost base, sales progression outsourcing could be an answer. Tony Hill says, “It’s an uncertain market. Lots of agents now want to reduce their costs, and we can help them.” In fact, ASAP even pays a referral fee when its conveyancers are used, turning a cost into an income stream.

But it’s not just about reducing costs. Sales progression is increasingly becoming a differentiator, particularly when some online agents have been widely criticised for poor execution. Sohail Rashid says agents using VMC have found that good sales progression can help win instructions. “Agents can say, others’ expertise finished at the point that they’ve found you a buyer, but we can reduce the chance of your sale falling through. And that gets them the deal.”

Because of the fraught nature of the process, good sales progression is a thing clients will remember long after they’ve forgotten how many viewings they had or exactly how much commission they paid. Jayne May says it’s your chance to show you really earned your money. “There’s a lot of emotions involved; people will actually cry on the phone to you, if their sale looks like falling through.”

Focusing on sales progression, then, is good sense, whether that means centralising it, outsourcing it, or just getting better software. But what’s the number one piece of advice for agents who don’t want to change the way they do things drastically, but just want to do it better? Jayne May’s nearly twenty years of experience give her authority when she says; “Clients want a single person to talk to – just give them one person who knows the case.”