Sign in or Sign up
The essential site for residential agents
Home » Features » November’s big picture: what’s going on in the property market
previous next
Housing Market

November’s big picture: what’s going on in the property market

Too busy selling homes to read the dozens of HPIs published every month? Find out here in just ten minutes from the Designs on Property's Kate Faulkner. 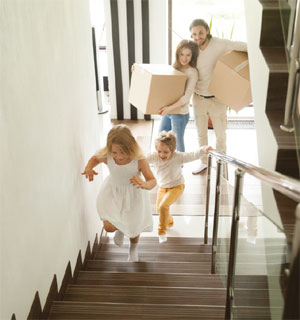 Average prices across the indices vary from mortgaged-only prices from the Nationwide HPI of £214,922, through to marketing prices (ie not necessarily sold) from Rightmove of £304,061 and actual prices from LSL Acadata HPI of £303,199. Average sold prices from the UK HPI stand at £231,422.

The property market has survived a lot of bad news this year, but that is likely to run out soon, many people will put off buying and selling until post Brexit.

Kate says: LSL Acadata HPI sums up the current market suggesting that it’s “slow but steady” and in the main, this is what most of the reports are saying. Rightmove report average marketing prices slightly increasing in September; Nationwide pretty much remains the same, while Halifax shows a fall for the third month running, albeit small, and still suggests prices are up by 2.5 per cent year on year.

Taking into account the ‘doom and gloom’ in the press this year about job losses, failure of the high street, supposed forecasts of 35 per cent price falls added to the rest of the constant ‘bad news’ about the impact of Brexit, it’s astonishing how well the property market has survived so far this year – with the exception of some areas in London and in areas which have seen growth in excess of 40 per cent in prices since the credit crunch.

Country prices continue to differ, with England slowing to the lowest year on year growth of just three per cent, while Scotland doesn’t do much better at 3.2 .per cent. Wales is growing at 4.2 per cent and this month’s ‘winner’ is Northern Ireland at 4.4 per cent However, that’s little comfort if you are one of those in Northern Ireland, which is still seeing average prices 41 per cent lower 10 years post the credit crunch. It’s clear though that overall, 2018 will see house price rises at a much lower rate than we’ve seen since 2000, where annual price rises were around 6-7 per cent.

Kate says: Nationwide’s chart, coupled with the UK HPI analysis, shows that all of the headlines and rhetoric from various reports claiming house prices have ‘spiralled’ over the 10-15 years are really inaccurate. To tell people that the market is far tougher to access than it really is in many areas across the UK, I find quite odd. Why would we want to tell people they can’t get onto the ladder, when so many actually could? Surely we should be telling people what ‘great value’ properties are versus their cost 10 years ago in areas such as the Midlands, Yorkshire & Humber, North West, Wales, Scotland, Northern Ireland. The reality in many areas is that property prices have risen annually so much slower since 2005 (before the credit crunch) pretty much across the board, bar some areas within London, the South and East. The price growth that some have seen really isn’t a reality across the UK and we have a duty to tell people the truth, not let them believe the ‘London led’ rhetoric.

RICS: “With a lack of affordability in parts of the country remaining a key challenge, the subdued sales picture in these areas is still placing downward pressure on prices. Indeed, while respondents in London continue to report the steepest fall in house prices on a regional comparison, the already negative readings for the South East and East Anglia deteriorated a little further in the September figures. Elsewhere, however, house prices continue to rise firmly, with the West Midlands, Northern Ireland and Scotland posting the strongest growth.”

LSL Acadata HPI: “London posted an annual price increase of 3.6 per cent in July. The West Midlands, East Midlands and North East also all continue to record rises above inflation. The South East, where growth is weakest, nevertheless saw its annual growth increase in July, bucking the trend nationwide. Broadly though, the market is flat across the regions. Outside London, the top regions for growth remained unchanged in July, with the West Midlands (up 2.9 per cent) annually, East Midlands (up 2.7 per cent) and North East (up 2.6 per cent) topping the table.”

Hometrack: “Liverpool is the fastest growing city where the annual rate of inflation is 7.5 per cent followed by Glasgow (7.2 per cent) and Nottingham (6.9 per cent). These cities are among the most affordable and average prices are only just returning to the levels last seen in 2007. Liverpool (-4 per cent) is one of only four cities where house prices are still below the high’s recorded in 2007 at the end of the last property cycle.”

The two worst performers are Newcastle upon Tyne and Bradford. Versus the height of the credit crunch, prices are still down in Newcastle and Bradford 10 years on. Other areas are struggling to recover from the credit crunch, but doing well year on year, suggesting they may be start seeing a recovery, are Liverpool and Glasgow. Up just five per cent and two per cent respectively, they are seeing strong growth year on year of around seven per cent

Kate says: “Overall, although the property market has survived a lot of bad news so far this year that is likely to run out through to the Autumn, I think people will put off buying and selling to post Brexit unless the industry can help people understand that it’s not about buying into or selling out of the market at the ‘best time’, it’s more about being able to afford a property you want now which, in our low stock environment, may not be at the ‘perfect time’ market wise, but is the right time for them, taking their circumstances into consideration.”

Bank of England: “The number of mortgages approved for house purchase – which gives us an indication of how much new mortgage lending we might expect to see in coming months – increased to 66,440 in August. This was the highest level since January 2018, although approvals for house purchases have remained within a narrow range in recent years.”

“There were 32,600 new homemover mortgages completed in the month, some 3.8 per cent fewer than in the same month a year earlier. The £7.3bn of new lending in the month was the same year-on-year. The average homemover is 39 and has a gross household income of £57,000.”

RICS: “Results show a slight weakening in national new buyer demand for the second successive report. Respondents continue to cite the mixture of affordability constraints, a lack of stock, economic uncertainty and interest rate rises to be holding back activity to a certain degree.

“The headline enquiries gauge slipped again during September for new buyer demand, with the net balance reading coming in at -11 per cent, compared to -9 per cent in August. Having remained relatively stable over the four months prior to this, recent results appear to be pointing to a renewed fall in new buyer enquiries.

“Survey participants continue to report that the level of appraisals being undertaken remains down on an annual comparison, with the net balance sitting at -20 per cent. As such, there is nothing from this indicator to suggest a pick-up in sales listings is imminent.”

Kate says: It’s bizarre that when markets don’t perform so well, many buyers and sellers get spooked. The reality is that when markets are struggling, for most, if you are financially sound, it is a great time to buy or sell. People tend to be more committed to doing deals and in the main, there is often more choice of properties to purchase, as is currently the case in many areas. The fear is though, that prices may fall and no-one ever knows how long or far that would last for. Although some would-be first time buyers have been seen on social media supporting house price falls, they have perhaps forgotten that during the credit crunch, 50 per cent of first time buyers left the market and did so in some cases for around five years. In contrast, the ‘brave buyers and sellers’ that moved in 2009, which turned out to be the bottom of the market have done pretty well. Somehow we have to find a way to help people understand that poor markets can be great times to buy and sell, not a time to worry and stay put. That’s assuming of course, it’s right for their financial circumstances and they could still hang onto the property if prices fell as they did during the last credit crunch.