The rise of the virtual agent

Andrea Kirkby says reports of the demise of the high street agents are, currently, exaggerated, but, read on... 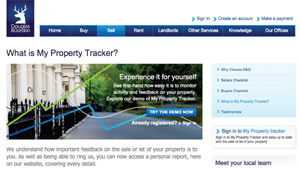 While the online estate agency sector as a whole still hasn’t reached 10 per cent of all properties sold – nor has a single major player yet emerged, despite increasing investment in the sector – some commentators are already predicting the demise of the traditional estate agent.

On the other hand, it certainly isn’t happening yet – despite increasing publicity for online agents, with their much lower fees, traditional agencies were able to push their fees up in 2014. (The Telegraph quotes OFT figures showing the average fee rising from £2606 to £2791 – a seven per cent increase – even though online agents offer a 50-75 per cent cut in fees.)

None the less, a few traditional agents appear to have started responding to some of the innovations brought in by the online players. For instance, extra marketing fees for premium packages, aimed at the higher value property.

Haart advertises a Prime Package which includes marketing benefits as well as a legal pack provided by a Haart solicitor, priced at £162 for the Prime Pack and £210 – for Prime Plus. The Prime Pack includes photographs and floor plans, and premium listing on Rightmove, while the Prime Plus Pack includes a 60 second audio tour and featured property status on Rightmove. The way the package is structured doesn’t seem out of line with the way some of the online agents have put their packs together – but it’s not quite as transparent; for instance, it’s unclear whether the photographs and floor plans are included as part of the regular deal for vendors instructing Haart as agent.

What’s particularly interesting about the Haart promotional material is that it talks openly to vendors about the statistics for click-throughs for different types of listing on Rightmove, assuming that vendors are sufficiently au fait with online advertising to evaluate the usefulness of the package. (In a world where many of us put our unwanted Christmas gifts, or children’s outgrown clothes, on eBay, that’s pretty likely true.) The generic statement ‘we advertise on all the portals’ may no longer be enough for many vendors – they want to know at what level their particular property is being advertised and on which specific portal.

Howards now advertises Bronze, Silver and Gold packages, though it does not specify the price for each level of marketing. Silver, for instance, includes a quarter page advertisement in the local paper’s ‘Homes of Distinction’ section, as well as premium listing on the major portals, free EPC and a colour floor plan, while Gold adds professional photography, as well as magazine advertising. Reeds Rains, too, advertises “additional marketing packages”; so the idea of a one-size-fits-all package is gradually being broken down in consumers’ minds, and replaced by the concept of different service levels. 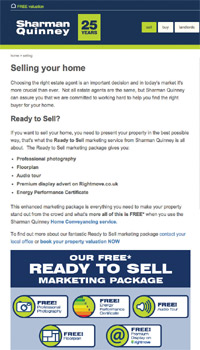 Sharman Quinney also advertises an enhanced package with specific benefits including free professional photography, audio tour, premium listings and floor plan – in this case, it’s not separately priced, but is given to vendors who commit to using Sharman Quinney’s in-house conveyancing service.

THE POLITICS OF PORTALS

Increasingly, traditional agents are having to specify their use of portals – a blanket assurance that “we cover the main portals” is no longer enough. Most of the online agents are extremely  transparent about what portals and what level of listing vendors get for each price level, and they let vendors see a price for a particular level of listing. House Revolution offers one week of featured property status on Rightmove at £75, while Urban Sales & Lettings charges £79. Rightmove premium listing is included in some of the higher value packages, but is separately charged for many basic ones, at prices varying from £60 at Purplebricks to £150 at House Revolution, with an average of £75. That may not force traditional agents to start charging for portals coverage in the same way, but it will certainly lead to many vendors being much more aware of different levels of listing and just how much each costs.

60% of sellers are still influenced in their choice of agent by its physical high street presence – that means 40% don’t care. That’s a dangerously high number.” Miles Shipside, Rightmove

(This also suggests agents going with OnTheMarket may find some vendors want to know exactly what they’re missing out on by having one of the two big portals excluded from the package. It’ll be interesting to see whether OnTheMarket becomes a weapon in the fight back against online agents, or a vulnerability compared to online and traditional agents which list on both the major portals.)

Besides the impact of the online agencies, of course, adding ‘extras’ to the commission basis has been made much easier by two factors. First, the introduction of EPCs has led to most sales and
lettings agents pricing EPCs separately, at a very wide range of fees (from £59 at emoov to £118.80 at Foxtons). Secondly, outsourcing such services as photography and floorplans makes it simple
for agents to price them on a cost-plus-mark-up basis. It’s early days yet, but we should expect to see more agencies introducing different packages or separately priced add-ons, and perhaps gradually evolving away from a simple commission basis towards commission plus add-ons, or different levels of service, which is, of course, already the case in lettings.

A few agents have adopted flat fees, though at a higher level than online agents. However, for many, it has been a one-off marketing measure – Lauristons offered a £999 flat fee in 2008, as a response to the credit crunch and lack of inventory, but now appear to be back to working on a regular commission basis. Clarks Residential, with four offices in the Birmingham area, has moved to flat fees but operates a banded system depending on the price of the property, £750 for properties below £150,000, £995 from there up to £300,000, and £1,495 above that level. That’s more than most online agents are charging (at least for their standard packages), but it undercuts most traditional agents, with the bands equating to between 0.3 per cent and 0.7 per cent of the property price. 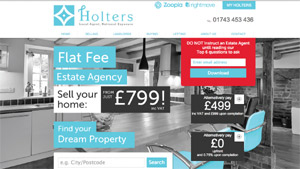 As might be expected, newer firms are keenest to adopt new pricing packages. Many are hybrids, agents with a local base and office, but off the high street. Basingstoke based new entrant SeventeenFifty offers two new-style packages, a ‘Menu’ plan with separately costed components (£495 portals advertising, £250 viewings, £95 negotiations, £295 sales progression) or a flat fee of £1895 for full service. Holters, in Shropshire, another hybrid, advertises a £799 package including valuation, preparation of particulars, floor plans, photography, and negotiations – the only thing Holters doesn’t do is accompany viewings.

Comparing the online and traditional agents, what’s missing from most traditional agents is the detailed pricing structure that online agents give. There’s a lack of transparency on pricing; the  majority of agents include no price related information on their websites. For instance, almost all Connells web sites refer to their premium marketing package, but there is no information on what is covered by the regular package, nor on the cost of the premium package. 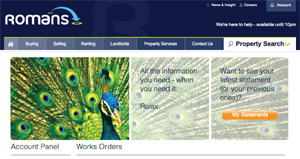 The HomeOwners Alliance report ‘Why the Mystery?’ last year complained that estate agents’ terms and conditions, and in particular fees, were never published. The HOA’s survey showed that 98 per cent of sites don’t state standard rates, while 82 per cent don’t mention fees at all; further research showed a very wide variation of fees, from one per cent to 2.5 per cent on sole agency.

Many homeowners are beginning to wise up. Even those who do not wish to choose an online agent are becoming aware that flat fee packages exist, and are coming to desire greater transparency of pricing. Simply stating, as many agents do, that “We will talk about our commission structure when we come to do the valuation” may not, in the long run, be a tenable position.

But traditional agents may be missing another trick. They convince themselves that online agents have a lower quality of service – and miss the fact that many online agents use a sophisticated technology platform which enables vendors to interact with them 24/7, even when the office is closed. For many younger vendors, face-to-face meetings are an imposition, phone calls are obsolete technology. They want to instantly get a status report; analyse viewings and expressions of interest; sift through feedback in the evening, or at the weekend, not when they are at work and the agent is in the office.

Traditional agents are beginning to create platforms of this type, but in most cases starting with lettings. Romans, for instance, offers 24/7 landlord access; so does Foxtons. That’s smart, given many landlords with only one or two properties have a day job and will be doing their paperwork in the evenings. Most conveyancers now also have online platforms for vendors and buyers to check on the progress of their transaction – but until contracts are actually exchanged, relatively few agents appear to give vendors access to such a portal.

One that does is Douglas & Gordon, with ‘My property tracker’. Vendors can access a personal report showing the number of views of the property details, feedback about viewings, advertisements and website activity, all updated in real time. While most agents have the base technology very few are using it at the core of the client relationship, and that definitely puts them at a potential disadvantage when compared to the better online agents. It’s still early days for the online agents. Rightmove’s Miles Shipside said that 60 per cent of sellers are still influenced in their choice of agent by its physical high street presence. However, what that says is that already, 40 per cent of sellers don’t care. That’s a dangerously high number.

The danger for traditional agents is that whether or not the online agents gain significant market share, they’re changing expectations; traditional agents need to add value and to prove that they deliver that value. Agents which don’t look closely at how the online sector is evolving, and don’t innovate to compete, may not become instantly obsolete, but they may see their market slowly slip away.

Is online agency really a threat to your business?
Send me your views: [email protected] 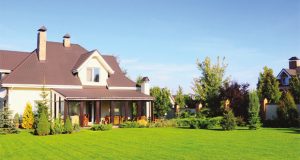