A raft of new products aims to replace tenancy deposits, Andrea Kirkby reviews the current offerings and where it may all end. 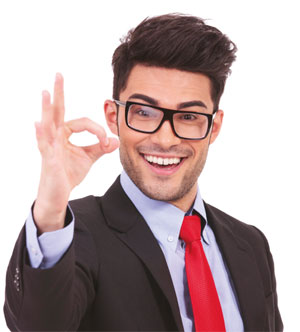 With the Tenant Fees Bill now proceeding through Parliament, the spotlight is on the lettings business. It isn’t just fees that are preventing some tenants from moving; getting together a deposit can also make life difficult for many renters. That’s one reason the proposed legislation will limit the number of weeks’ rent that can be charged as a deposit. At the same time – as the House of Commons Committee heard – a number of deposit alternatives such as Dlighted, Reposit, and Canopy aim to make life easier for tenants and landlords alike.

Jon Notley, CEO of ZeroDeposit, says the alternatives are beginning to gain traction. “A year ago, when I was having my early stage conversations with agents, I was having to persuade people this was a viable option,” he says. “Now it’s more about who’s going to win in this space.”

Spicerhaart has already signed up with Flatfair, as has the eight-branch Norfolk agency Sowerbys; that gives Flatfair 200 actively trading branches and a few hundred tenancies coming on to the system every month, according to COO Daniel Jeczmien.

ZeroDeposit’s pricing will give better tenants discounts, creating a virtuous circle, “you don’t want to use a no-claims bonus, so you behave. Jon Notley, CEO, ZeroDeposit.

ZeroDeposit has signed Connells, LSL, Acorn and Knight Frank, as well as major landlords like Orbit Homes; that’s 1200 committed branches, and another 1,000 in the pipeline. “We’ve been working on the product for a year-and-a-half,” Jon Notley says, “and now it’s all about rolling it out.” Sixty to seventy per cent of tenants are taking up zero deposit when offered the choice, and though landlords are more reticent with only 20-40 per cent choosing zero deposit, the percentage is growing.

The earliest deposit alternatives were simple insurance policies, but these are now being superseded by a slightly different model. ZeroDeposit was originally conceived as an insurance policy, but moved to a financial guarantee underwritten by Munich Re.

One reason is that insurance policies appear to let the tenant off the hook for any damage caused. If you’re fully insured, why bother to look after the property? With the guarantee, “the tenant always has skin in the game,” Jon Notley says.

There’s another incentive for good behaviour, too – or a disincentive for bad. Notley explains, “The number one penalty for non-payment is that you can’t get another ZeroDeposit product.” At some point ZeroDeposit will also be introducing variable pricing so that better tenants get discounts, creating a virtuous circle.

“You don’t want to use your no-claims bonus, so you keep behaving well,” says Notley.

Like ZeroDeposit, although Flatfair is backed by insurance (with A-rated AM Best), it’s not itself an insurance product. That has advantages for letting agents, Daniel Jeczmien at Flatfair explains, because they don’t need to become introducers or comply with FCA regulation. He also believes insurance could become an expensive product for long-term tenants, if they have to pay each year instead of once at the start of the tenancy. “We don’t want a tenant to end up paying more after a few years than they would have done by paying a deposit,” he says, and that also means that Flatfair has had to eschew renewal fees.

The first generation of deposit alternatives focused on the needs of the tenant. Jon Notley thinks this was a mistake, “For me, it only works if you can solve the landlord acceptance problem.” That has meant designing the end-of-tenancy process so that it works similarly to a deposit scheme check-out and the landlord doesn’t have to negotiate with an insurance company – in fact, effectively ZeroDeposit has integrated the TDS system into its own.

We don’t want a tenant to end up paying more after a few years than they would have done by paying a deposit.

Flatfair has also done some hard thinking about what it can offer landlords and has come up with a product giving them twelve weeks’ protection – twice as much as the typical deposit. It’s so convincing that one landlord offered all their tenants the chance to convert their deposits to Flatfair membership as a Christmas present, and Flatfair claims four in five landlords are now accepting the deposit alternative – though it remains the tenant’s choice whether to use Flatfair or a traditional deposit.

Deposit-free properties also let more quickly, according to Daniel Jeczmien; “They get 30 per cent more leads and we can reduce void periods for landlords who go deposit-free.”

One of the major benefits of the three government-approved deposit schemes is their independent dispute resolution – not just the considerable resources currently employed but also the large bank of experience that they have built up over the last ten years.

DRI schemes provide choice, but should include impartial dispute resolution, which is why we have partnered with Zero Deposit to provide that. Steve Harriott, TDS.

So how will the future look for these schemes? Steve Harriott, Group Chief Executive, Tenancy Deposit Scheme is positive, “We believe that deposit replacement insurance (DRI) schemes provide further choice for landlords, tenants and agents, but that it should include an impartial dispute resolution service, which is why we have partnered with Zero Deposit to provide that.

“In 2017, we entered a partnership with Zero Deposit to provide dispute resolution services. Under the agreement, our adjudicators assess landlord claims against the deposit replacement insurance policy in the same way that they evaluate disputes in the statutory schemes. In addition to providing dispute resolution services, TDS has also made a financial investment into the company and holds a seat on its board.”

Meanwhile, he doesn’t underestimate the attraction of a ‘free’ deposit, “While deposit protection is the core of our business (through insured and custodial schemes), we recognise the merits of tenants being able to choose a different kind of scheme where no deposit is taken and one that addresses the affordability/mobility issues that may arise with deposits.

“That said, we believe that for the majority, the Custodial and Insured deposit schemes remain the preferred choice.”

Another aspect is the knowledge and experience at the deposit schemes.

The DPS has 24 full time adjudicators, not counting their support staff. According to Alexandra Coghlan-Forbes, Head of Adjudication at the DPS, all the adjudicators have a degree in law as a minimum, with a range of additional qualifications and professional experience. “Some of our colleagues have been working as adjudicators at the DPS for a decade,” she says, “and have clocked up very many cases during that time: we average about 900-1,000 cases a month.”

Protected schemes will be unable to give the service they do now if the market is decimated by zerodeposit schemes. We may wonder why we did it. Eddie Hooker, MyDeposits.

That level of protection for tenants is something Eddie Hooker of MyDeposits says insurance-based schemes may have difficulty preserving. Insurance claims handling is very different from deposit administration and adjudication, and MyDeposits’ parent company, Hamilton Fraser is an insurer, “so we understand both sides of the equation.”

“The insurance guy is cost driven,” Hooker says. “Administration costs money, so he’ll pay a small claim rather than query it. He wants a £100 cleaning claim off his desk and paid ASAP. Adjudication is about what’s fair, and we don’t care what the value is.”

If insurers regularly pay out smaller claims to landlords instead of querying them, tenants could end up paying more in the long run than with a deposit. Since 46 per cent of deposits have agreed deductions, it could be a major problem.

Hooker also explains some of the nitty gritty of adjudication. For instance, if a carpet has been stained, should the whole carpet be replaced, or just the stain cleaned? How old was the carpet? How long was the tenancy? Is the stain just fair wear and tear? “We have to get it right, or we’ll be accountable to government,” he says.

It’s not surprising, perhaps, that the new players have recognised the value of the deposit schemes’ adjudication services. Daniel Jeczmien says frankly that, “independent dispute resolution is the best element of the deposit schemes; we thought this is absolutely critical, to have an independent arbitrator in the case of any disputes, to be completely impartial.” In the case of Flatfair, it’s achieved by partnering with MyDeposits – in the case of a dispute, all the documentation is packaged automatically and sent to the adjudicator, and Flatfair invoices in accordance with the adjudicator’s decision.

“This wouldn’t have been possible five or ten years ago,” Jeczmien says; “We’re looking at a large volume of micro-claims. In the past, it would have cost so much to pursue the tenant, it wouldn’t have made sense; that’s why we have deposits.” Now, using automation, nearly 60 per cent of tenants with Flatfair agree to make a payment to the landlord, with only one per cent so far raising a dispute.

There are some overlaps between the worlds of referencing and deposit alternatives. Canopy started as a tenancy passport scheme and also offers nil-deposit, while Flatfair focuses on nil-deposit but also allows tenants to build their rental reputation. However, currently none of the schemes have enough tenants (or landlords) to enable most tenants to ‘passport’. However, Jeczmien says, “In future these companies could tie in together to share this information,” maybe even, eventually, moving to Blockchain – and that could transform the market.

Meanwhile the deposit schemes are also innovating; Eddie Hooker says that rather than working on a tenant passport, they’re working on a deposit passport which would solve the problem of tenants having to pay a new deposit before getting their money back from the previous landlord. “It’s purely a technological solution,” he says, “but it will make it much easier for tenants to move.”

There seem to be two ways that the market could evolve. One is a disaster; if the zero deposit schemes take a major market share, they could make it uneconomic for the deposit protection schemes to continue. Eddie Hooker says, “The protected schemes will not be able to afford to give the service they do now if the market’s decimated by zero-deposit schemes, and maybe a few years down the line and we’ll look back and wonder why we did it.”

But the other is a convergence between the deposit schemes and the alternatives. Jon Notley says, “There is no conflict between the deposit scheme and the nil-deposit,” and the different players are all talking to each other and working with each other. There will undoubtedly be some failures and a fair amount of refining business models as the alternative sector develops, but in the end it’s even possible to see a single organisation offering both models. Eddie Hooker has some tough questions for the new players, but he’s committed to continuous innovation and he says that “maybe we’d do our own zero deposit scheme… if we could solve the flaws.”

He doesn’t think MyDeposits has got there yet, but perhaps you shouldn’t bet against it.