Designs on Property tracks and summarises the property indices. Kate Faulkner says, “Agents need to focus on ensuring that local people understand the reality of the local market now and not let ‘trends’ dictate.” 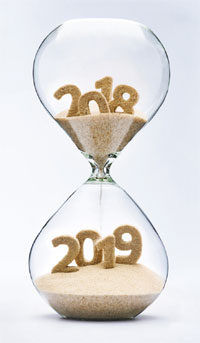 Average prices across the indices vary from mortgaged-only prices from the Nationwide HPI of £215,444, through to marketing prices (not necessarily sold) from Rightmove of £309,439 and actual prices from LSL Acadata HPI of £305,654 – a 43.6 per cent difference. Average sold prices from the UK HPI stand at £226,906.

Kate says: All the indices are pretty much ‘aligned’, agreeing that there is a slowdown both from a transaction perspective and price. However, Rightmove trumpets the ‘North’ as an area that continues to do well. Year on year that might be the case, but my regional report on the North East found that, according to UK HPI, prices are still down 6 per cent in the last decade, 15 per cent if it’s flat. From an individual property performance we found one flat, which had sold in Sunderland for £215,000 in 2006, selling earlier in March 2018 for just £95,000. What’s astonishing is seeing how few first time buyers are buying there, despite incredibly affordable properties – suggesting that the fall in first time buyers and rise in the PRS is not just affordability related.

Kate says: Country performance wise, for the first time in a while, England’s performance is the weakest, with Scotland storming away currently at 5.6 per cent growth year on year. Scotland’s performance though is incredibly different from one area to another and we are seeing most of this growth driven by a shortage of supply in Edinburgh, while Aberdeen continues to suffer economically, impacting on prices, and Glasgow and other areas such as Dundee remain relatively flat.

Volumes are down. LSL Acadata HPI estimates that transactions in the first five months of 2018 are six per cent down on the same period in 2017.

The figures from the regions show a fascinating relationship between areas which have dominated the market in the last 10 years – the South, London and the East, all seeing double digit growth since the recession, are now seeing low rises year on year, and in London even some falls. The press often asks ‘when’ or ‘if’ a ‘property bubble’ will burst, but what we will find out during the rest of this year is whether actually it already has burst and the future for property price growth is a slow and static one, while transactions are likely to stall. RICS: “The capital continues to return the most negative sentiment signalling a fall in prices once again. At the same time, downward pressure on prices was reported across the wider South East. Notably, after nearly three years of solid price growth, momentum appears to have slipped across the South West with the price balance in negative territory for the second month in a row. In contrast, house prices continue to rise firmly in the Midlands, the North West, Wales, Northern Ireland and Scotland.”

Hometrack: “Edinburgh and Manchester continue to register the highest rates of growth at 7.1 per cent and 7.0 per cent, respectively. House prices are falling in real terms across five cities – Belfast, Oxford, London, Cambridge and Aberdeen. House price growth across the London City index is now 0.4 per cent over the last 12 months. Prices are falling in nominal terms by up to -3.2 per cent across almost half of the 46 local authority areas covered by the index.”

Kate says: Towns within the regions are following a similar pattern. Only Peterborough, Sheffield and Edinburgh are seeing annual property price growth exceed long-term averages of 6-7 per cent. Most areas are now rising around 3-5 per cent and previously strong performing areas such as Oxford, Reading, London and Cambridge are seeing hardly any growth, along with areas such as Bradford and Liverpool – the latter two areas really struggling to recover to 2007 average prices and not seeing any signs that this might happen soon. For areas like this, the North East, Northern Ireland and Glasgow, they must be hoping that talk of a ‘slowdown’ doesn’t mean it stops growing altogether, potentially leaving more people in negative equity or with not enough equity to move, stagnating their local market.

LSL Acadata HPI: “In May 2018, we estimate that there were 60,000 transactions – based on Land Registry figures – 2 per cent up on our revised April total. This rise in numbers needs to be set against the seasonal trend of the last twenty years, where a much bigger 14 per cent increase in sales volumes is the ‘norm’ for this time of year, so on a seasonally-adjusted basis, turnover has declined by some 12 per cent. We estimate that transactions in the first five months of 2018 are six per cent below the same period in 2017.

Bank of England: “The annual growth rate for mortgage lending remained stable at 3.3 per cent, and has now been around three per cent since late 2016. Although this is above 2009-13, it remains very modest compared to the pre-crisis period. The number of mortgages approved for house purchase increased 2.5 per cent to 65,000 in May. The number of approvals for remortgaging also rose by eight per cent to 51,000, the highest since November ’17.”

Rightmove: “At a regional level, Wales and Scotland have the greatest drop in available stock, with 10.3 per cent and 10.4 per cent fewer properties for sale compared to a year ago respectively. Yorkshire and the Humber has 6.3 per cent less choice for prospective buyers than a year ago, with the North West seeing a drop of 4.1 per cent. The North East (-2.3 per cent) and the West Midlands (-2.2 per cent) have smaller decreases in available stock, and the only northern region to see an increase is the East Midlands with a 4.0 per cent uplift. All southern regions have seen a stock increase compared to a year ago, indicating more challenging market conditions. The East of England has 24.9 per cent more properties up for sale, and the South East has 20.0 per cent. London has a smaller increase of 16.4 per cent. The South West completes the southern stock picture with an 8.2 per cent increase in stock.”

When contributors were asked to compare appraisals in May 2018 to last May, 18 per cent of RICS respondents said they are lower. This does not appear to bode particularly well for the new instructions pipeline.

RICS: “There are indications of a more stable trend in supply with the new instructions indicator edging into positive territory for the first time in more than two years. Furthermore, in London, the new instructions series has now been positive for three consecutive months. Average stock levels on estate agents books were broadly steady at 42.5, close to an all time low. It therefore remains to be seen whether this marks the beginning of supply pressures finally easing across the market. When contributors were asked to compare appraisals that were undertaken in May with the same period of last year, 18 per cent more stated they are lower on this like for like basis. This does not appear to bode particularly well for the new instructions pipeline.”

Kate says: Transactions and stock levels in the market remain subdued and, with a market slowing overall, it’s likely that not just prices will be held back this year, but volumes too. Although it’s difficult to get up to date data from UK HPI, talking to agents and legal companies, most are saying volumes are down year on year and indeed LSL Acadata HPI states: “We estimate that transactions in the first five months of 2018 are 6 per cent below the same period in 2017.”

Typically when the sales market slows, the rental market starts to pick up, but with the clampdown on investment in this sector, this may not provide the ‘boost balance’ it has in the past, so agents really need to focus on ensuring that local people understand the reality of the local market and not let ‘trends’ dictate if and when they decide to move, making sure they know whatever the market, if it’s right for them personally, then it is still possible to move.