The Negotiator looks at the social and economic damage that serious and organised crime inflicts on the UK and why this makes it so important that estate agents engage in the battle to prevent money laundering. 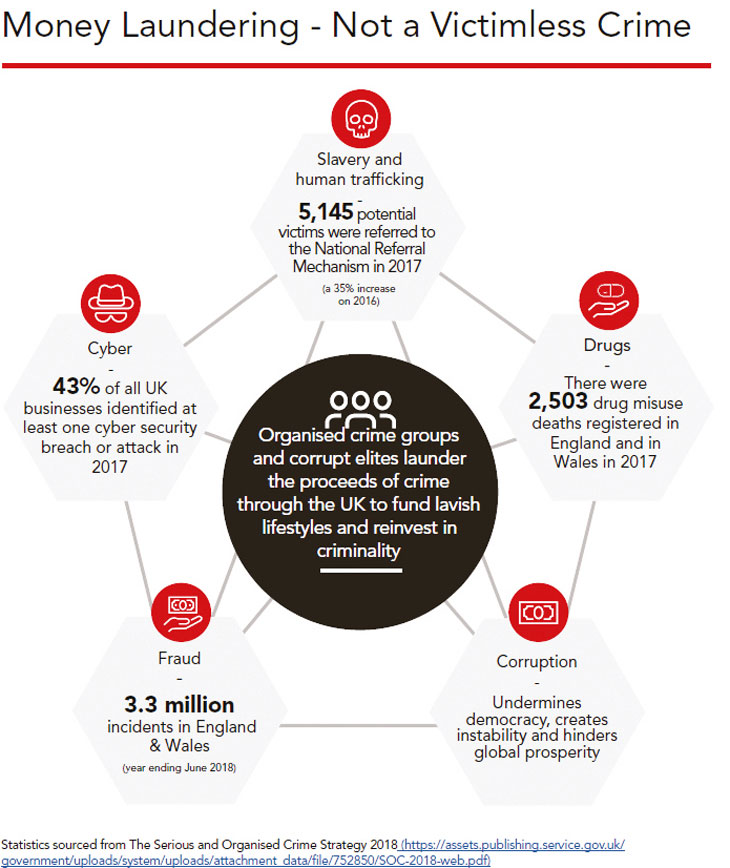 Speaking at last month’s NAEA Propertymark conference, Richard Riley, Director of Economic Crime, Cyber and Anti-Corruption at the Home Office, said that serious and organised crime leads to more deaths every year than all the other national security issues combined.

The recently published Serious and Organised Crime Strategy 2018 makes it clear that organised criminal gangs and serious criminals are some of the most cunning and resilient adversaries that the UK faces.

These criminals exploit the rate of technological change and globalisation to facilitate serious crime. This could be the live streaming of abuse or grooming children online, using malware to steal people’s data, or smuggling illegal goods and people across borders. 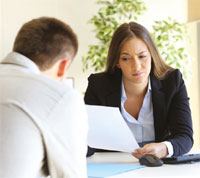 “At the heart of serious and organised crime there is a money issue and criminals get involved because their motive is profit, and along with that comes power, status, influence and image,” says Riley.

“Money laundering is present in almost every area of crime and while some may think that it is a victimless crime, it is not.”

Criminals exploit the services of professionals such as estate agents to purchase property, which disguises the origin of their ill-gotten gains, allows them to enjoy it, and represents a relatively stable investment. Ownership of property brings with it capital appreciation or a rental income, as well as providing them with a respectable profile and legitimacy in their locality and society.

That is why, alongside other professionals, the government needs estate agents to be registered with HMRC for supervision of the Money Laundering Regulations and report suspicious activity to the National Crime Agency via a Suspicious Activity Report (SAR). By remaining vigilant against possible red flags and reporting suspicious activity, agents assist the fight against money laundering, and by extension, the serious crimes which it enables. High-quality SARs are a crucial source of intelligence for law enforcement. As well assisting in ongoing operations, they can help to identify schemes or new targets for operations.

So what sort of criminal activity does this include?

Serious and organised crime includes various types of criminality. Money laundered through the UK could be the proceeds of the illegal drug or firearms trade, fraud or other economic crime, bribery and corruption. It may also have come from exploitation of vulnerable people via modern slavery or human trafficking.

Agents must appoint a Nominated Officer to report suspicions to the National Crime Agency via a Suspicious Activity Report (SAR).

All these things bring misery to people and communities. That’s why the regulations require any businesses whose services have the potential to be exploited to launder money to be vigilant and report any suspicious activity.

How could agents get involved with criminals?

Laylah De Cruz and her mother Diane Moorcroft were both jailed for five years after being found guilty of mortgage fraud. The fraud was picked up by suspicious officials from The Land Registry after De Cruz persuaded her mother to pose as Margaret Richards, the elderly owner of a £3 million vacant London house. De Cruz and her mother arranged a bridging loan of £1.2 million for the property with the help of alleged Dubai-based criminal Karl Cronin who, after the money was wired to his bank account, withdrew the funds in cash. The scam was given legitimacy because the solicitor and estate agent involved were persuaded that Moorcroft was the real owner of the property and were engaged to help ‘sell’ the property.

WHAT MUST ESTATE AGENTS DO?

To comply with regulations and protect themselves against criminal exploitation, agents must appoint a Nominated Officer to receive reports of suspicious activity from employees and report suspicions to the National Crime Agency via a Suspicious Activity Report (SAR). Estate agency businesses must also employ risk-based customer due diligence procedures, establish a system to identify and report money laundering suspicions and store, maintain and back-up the appropriate records for up to five years.

Estate agents should always ensure that they and their employees are alert to money laundering and are addressing risks in the day to day operation of the business through regular awareness and legal/ regulatory training for all relevant staff. 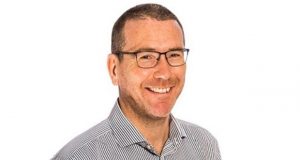