Up to 100 staff will eventually be based at the facility and the company is recruiting hard to fill it including one position at £100,000 for a 'head of sales'.

Hybrid agency YOPA’s huge new Watford call centre has opened for business where it will soon employ up to 100 staff within a 7,735 sq ft building.

The company is on the hunt for staff and says it needs both experienced estate agents as well as customer service staff.

Jobs currently advertised that are based at the new facility include a ‘personal property assistant’ with a salary range of £25,000 to £30,000 and a Head of Sales position which Yopa says has ‘uncapped earning potential’ but a baseline salary of between £90,000 and £100,000.

Away from the contact centre, the company regularly advertises for ‘local estate agents’ which are its version of Purplebricks’ LPEs, offering a salary range of between £30,000 and £60,000 plus their own territory.

Yopa’s new call centre, which is at the Croxley Park business hub to the west of Watford, is similar in size to its rival Purplebricks’ call centre at One Cranmore Place in Solihull.

And Yopa’s is to operate seven days a week and is next to a call centre run by shoe manufacturer Clarks. Both companies share access to an on-site creche, gymnasium, driving range and even Pilates classes.

“It’s an exciting time at Yopa as the company continues to grow, driven by customers who want great service for a fair fee,” says Ben Poynter, CEO of YOPA (left).

“At our new customer service centre, we’re looking to appoint local people who are passionate about customer service and are keen to be involved in transforming the traditional estate agent industry.”

For rival high street agents wondering where all the money is coming from then, as we reported in August, Yopa recently raised another £20 million from existing investors include Savills, taking its fund raising total to £75 million. 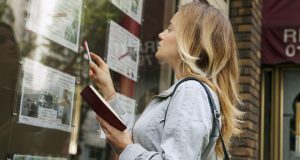