Yopa refuses to give disgruntled vendor a refund despite ‘stretched’ service

The agency has told a national newspaper that its service was under duress during the weeks after the post-Covid housing market restart.

A customer complaint against Yopa made it into the national press yesterday after a disgruntled vendor was unable to get satisfaction from its internal complaints handling procedure and then turned to the Sunday Times for help.

77-year-old Steve Hayes wrote to the newspaper after engaging Yopa via its £1,399 ‘pay later’ option which, he claims, failed to deliver.

Hayes complained that the agency over-valued his property by £45,000 and that its local agent did not give him feedback following any of the viewings, often disappearing quickly after each one and not providing email or phone follow-up advice.

Hayes therefore claims that the company’s ‘actions did not meet its promises’ and is seeking redress.

In reply Yopa, unusually, told The Sunday Times blamed his problems on the fact that the instruction came during the post-Covid surge in activity within the market.

“With the rapid influx of valuations, instructions and viewings, our agents had to quickly rebuild their pipelines and earnings, and this meant capacity was stretched,” it says.

“Despite us chasing buyers for viewing feedback, we cannot guarantee a 100 per cent strike rate.

“In normal market conditions Mr Hayes would have had the supplementary support of one of our personal property advisers – a team that had regrettably been furloughed and was still returning to full strength at the time.”

Yopa also says its property valuations are often within a 7% tolerance that in this case, meant approximately £50,000.

The estate agency says it concluded its internal complaint procedure into Mr Hayes’ case last month and that he is now free to take it further with The Property Ombudsman, which has told The Negotiator it is currently checking its record to see if he has made contact. 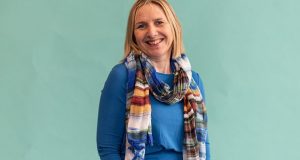