Higher discounts a feature of housing market in most UK cities, says research by Zoopla.

The gap between average asking price and final sale price is widening in almost every UK city, according to the latest Zoopla house price report, rising from 3.3% in 2018 to 3.9% during the first quarter of this year.

Six cities recorded average discounts above the current national figure (see graph below) including Aberdeen, London, Newcastle, Liverpool and Oxford and in only two cities are homes selling for more than their asking price; Glasgow and Edinburgh. Zoopla says properties in Edinburgh sell for 6.3% more than their listing price, while stock in Glasgow shifts for 5.2% above asking price.

Richard Donnell (left), Research and Insight Director at Zoopla, says, “Sellers are having to accept slightly higher discounts to the asking price in order to achieve a sale. This is a natural response to weaker market conditions and buyers are starting to negotiate harder on price. The increase between asking and selling price is off a low base. Correctly priced homes continue to sell within a reasonable period and setting the asking price at the right level remains a key decision to agree with your agent.”

Ian Stewart, Chief Economist at Deloitte UK (below), says, “To outsiders the British can seem slightly obsessed with house prices. Yet it is an asset that matters. Two-thirds of UK households are owner-occupiers and 35% of household wealth is tied up in property.

“The value of that wealth has risen by almost 50% in the last ten years. Taking account of rising house prices and rental costs the average homeowner has enjoyed a return of roughly 8% a year in the last ten years – slightly less than the return from equities but far faster than earnings which have risen by around 2% a year over this period. Since the recession the average home owner has made far more from increases in the value of their home than from pay rises.

“However, in the last three years the housing market party has tailed off. UK prices rose by just 1.4% in the last year. London prices fell 1.9% but this has been offset by modest gains in most other parts of the country.” 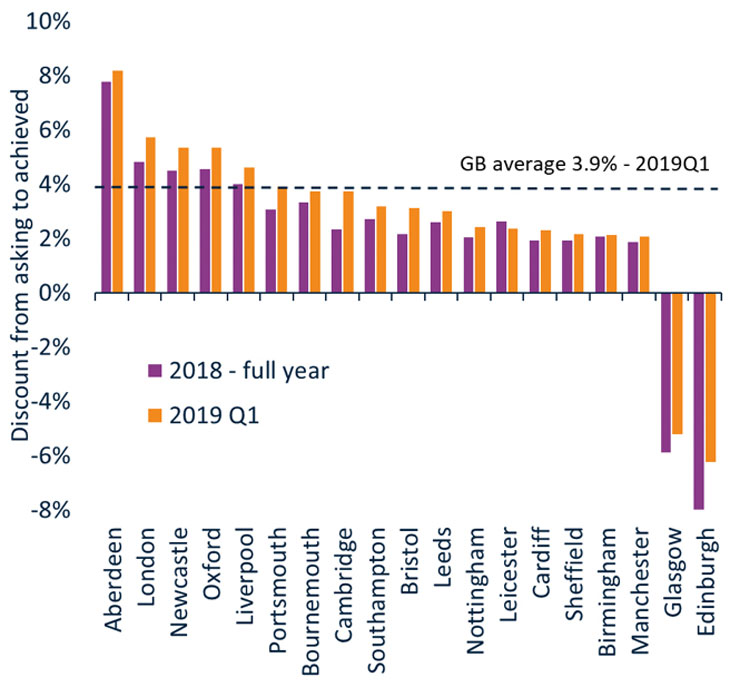