Sign in or Sign up
The essential site for residential agents
Home » News » Portal juggling? Beware, Trading Standards officers are on your case.
previous next
Regulation & Law

Portal juggling? Beware, Trading Standards officers are on your case.

“This is an illegal practice that misleads homebuyers on property websites and estate agents are warned that they could be prosecuted and face a ban from working in the industry.”

Estate agents who deliberately mislead potential homebuyers through the practice known as ‘portal juggling’ are being warned that they could be prosecuted and face a ban from working in the industry. The warning comes from the National Trading Standards Estate Agency Team, which has confirmed that the practice is in breach of trading regulations and – in some cases – can be fraudulent.

The National Trading Standards Estate Agency Team is issuing the warning following a number of enquiries and complaints about the practice, which involves the deliberate removal of properties on major property portals before relisting them – often with minor differences – to make them appear new on the market.

The National Trading Standards Estate Agency Team has received complaints that some agents who may be struggling to sell a property are using this practice to mislead potential homebuyers.

Acting on these complaints, the The National Trading Standards Estate Agency Team has confirmed that the practice is illegal and could lead to prosecution. If an estate agent has relisted a property and described it as ‘new on the market’ (or implying it as such), or using re-listings as a mechanism for falsely inflating sales statistics, this would constitute an offence under the Consumer Protection from Unfair Trading Regulations 2008 (CPRs). False representations made by an estate agent could also fall under the scope of the Fraud Act 2008. 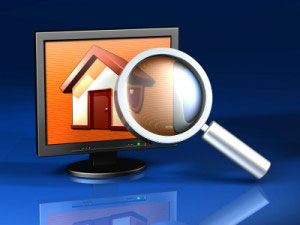 “It is clear that portal juggling is a concern to many in the estate agency industry and we are today warning those estate agents involved in portal juggling that they may be breaking the law, which could lead to enforcement action from local Trading Standards authorities and prosecution. Estate agents and individual employees involved in this practice also face being issued with warning or prohibition orders if they have used misleading statements or made false representations about properties they are trying to sell.

“We will work closely with industry bodies to stop this unfair and misleading practice, which misleads prospective homebuyers and harms honest estate agents who conduct their business in a fair and professional manner. If you suspect an estate agent of portal juggling or spot anything suspicious on a major online portal, we urge you to report it to Citizens Advice on 03454 040506.”

The The National Trading Standards Estate Agency Team is now working with the industry including the redress schemes, estate agency bodies, Trading Standards services across the UK and the major property portals to stamp out portal juggling. This will see guidance issued to the industry about the practice and steps taken to safeguard potential buyers.

“The TPO Code of Practice is very clear that all advertisements must be legal, decent, honest and truthful in accordance with the British Codes of Advertising and Sales Promotion and Direct Marketing. Manipulating internet portals (and any other channels of marketing) to give the impression a property is new to the market, when it is not, is simply misleading.”

“So-called portal juggling cannot in any way be condoned, a practice that seeks to misinform, manipulate the truth, or hide inaccuracies that would influence transactional decisions is clearly in contravention of CPRs and therefore must cease.”

“Any attempt by agents to mislead potential customers by abusing the internet portals or indeed any other advertising medium is a very serious matter. Agents who are tempted to inflate their number of instructions to lure unsuspecting customers to their doors, or advertise non-existent deals or offer properties they clearly cannot deliver, are cheating the public.

“It is poor practice, unfair and could ultimately be deemed illegal. If we get complaints of these nature not only will we come down hard on the perpetrators, we will be obliged to report the matter to The National Trading Standards Estate Agency Team for enforcement action.”

Information and advice for estate agents can be found on the The National Trading Standards Estate Agency Team website www.powys.gov.uk/estateagency

‘CMA will not block our bid for Countrywide’ says confident Connells