The electronic ‘tenant passport’ is proptech’s challenge to traditional referencing. Andrea Kirkby asks if this a game-changer. 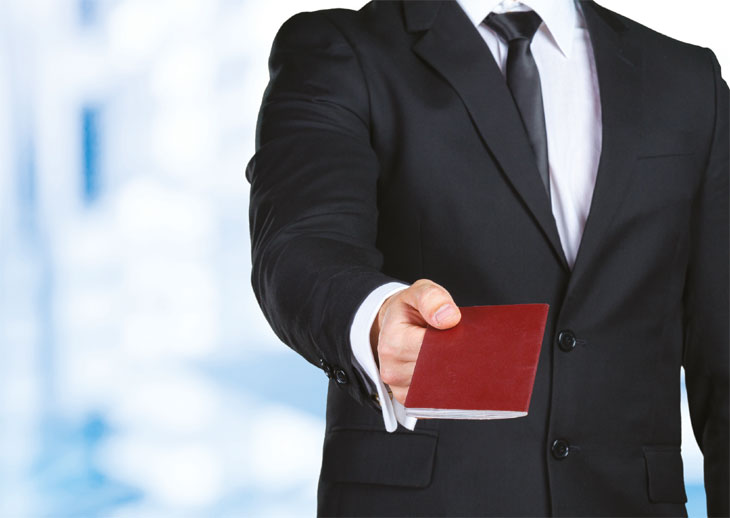 When the proposed ban on lettings fees to tenants is finalised someone’s going to have to pay for references – directly or through some kind of package – and with references priced at £100 upwards, it’s not a cost that you can lose somewhere in the small print.

Referencing is a fragmented market, but, according to Andy Glynne, Commercial Director of HomeLet, there has been some consolidation with referencing providers pulling out of the market.

Gallaghers (Agent Assure) and Endsleigh both exited the space late in 2017. At the same time, though, new proptech players are entering the field, with new tweaks to the process, that he says, “will streamline certain aspects of referencing, though they might not fundamentally change everything.”

Sim Sekhon, Managing Director, Legal For Landlords, is well aware of the potential issues as letting agents and landlords will still need to reference applicants, “The fees ban will mean that controlling costs is critical, but I believe that instead of choosing the cheapest references, agents will look for quality because mistakes won’t be affordable.

“To retain landlords, agents will need to get the right tenant the first time. A cheap reference will skim the surface, but it won’t poke into corners and it won’t sense check. The human ability to make both subjective and objective judgements is needed alongside enquiries that are appropriate to the circumstances.”

It’s no wonder the idea of tenant passports is gaining traction. But will tenants pay for them? In a competitive rental market like London, the answer might be yes – elsewhere, perhaps not, yet. Right now, most players are offering tenants the opportunity to create their passports for free – at least for a time. Sim Sekhon has his reservations, “Passports will certainly be popular with tenants. They’ll be convenient and affordable, but we’re still at the early stages. In time – we’re talking a decade or more – I’m sure they’ll become the norm, but there are still a lot of unknowns and questions about their reliability.

“For example, could a landlord get insurance based on a tenant passport? It’s an evolving idea, but it’s not without merit.

Georgina Pierson, left, Co-founder & COO of Good2Rent, is much more confident. “The tenant passporting and referencing landscape is changing dramatically with some incredibly exciting innovation and technology.” Their system is impressive, letting agents operate their account through their own dashboard and the prospective tenant builds their own profile online for the letting agent to access – and, if they choose, before a viewing is even booked.

Good2Rent offers its service free to agents and free to tenants for the first year; after a year, tenants pay £10 a year. As with many internet businesses, giving free service will grow the market, but at some point, the business model needs to be monetised.

The other challenge with tenant passports is that they don’t yet have wide acceptability. A passport that one lettings agent will accept might not be accepted by another, which makes them less worthwhile. That may be one reason the model is doing best in niche markets. For instance, Conker specialises in student accommodation, and is backed by Unite (which, as the previous landlord, can give a good reference); Conker covers any damage and up to six months’ rent, if it gets it wrong. In the public sector, the Ark Passport is intended for tenants in receipt of benefits and is now becoming accepted by numerous councils.

We have been using Vouch for several months. I only wish that it had been available sooner. It’s really easy to use and cost effective.

One useful facet of tenant passports, explained by Paul Routledge, founder of LandlordReferencing.co.uk, is that the database always retains landlord information, even where the landlord has moved, or stopped renting out. And getting a reference directly through the website is naturally faster than making a fresh reference enquiry; tenants can even pre-reference themselves, at a cost of £120 for a reference that is valid for 90 days.

Andy Glynne suggests passports won’t take off until industry bodies decide to back them. “If you’re a landlord or a letting agent, you want to see some kind of endorsement from an organisation,” he says. “If I had a tenant passport from a company that was endorsed by ARLA, I might be impressed.” 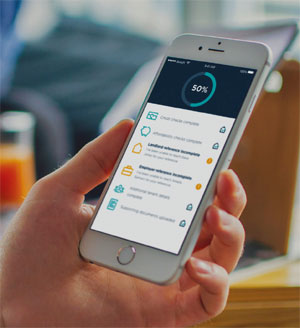 Well, it seems there is one – Vouch was developed by a family run lettings agency in Sheffield – so they should know exactly what agencies need. Simon Tillyer at Vouch says, “We worked with ARLA Propertymark in the system’s development, to get their input into best practice, RTR and legislation. Since then we have gone on to become the ARLA Propertymark preferred supplier for referencing and we are working on some more exciting plans in the near future.”

Lynne Baker, MARLA, is a Vouch customer, she says, “We have been using Vouch for several months and I only wish this software had been available sooner, it has saved us so much time and effort compared to how we used to reference our applicants. The system is really easy to use and is also cost effective, we have saved a considerable amount of money using this system as it is a lot cheaper than the company we used to use.”

IS IT ALL ABOUT CREDIT?

While tenant passports remain some way in the future, technology is continuing to reduce the cost and improve the reliability of referencing. CreditLadder, at the moment, helps tenants use their rental payments to improve their credit scores. It has just integrated Open Banking into its core technology, which allows it to check tenants’ bank accounts to ensure the rent has been paid. Sheraz Dar, left, at CreditLadder says Open Banking “has made this a completely different game.” It’s all automatic once the tenant has given CreditLadder access to their transactional data. “It’s an automated read,” he says. “We don’t sit there and look at it.”

Open Banking has made this a completely different game. It’s all automatic once the tenant has given access to their transactional data. Sheraz Dar, CreditLadder.

At the moment, CreditLadder doesn’t provide references, but some lettings agents are already asking new tenants to sign up. Because tenants are rewarded for paying their rent on time, Sheraz Dar points out, “Tenants who use rental payments to boost their credit score are much less likely to get into arrears.”

CreditLadder doesn’t, at the moment, provide tenant references, though that’s where the firm is headed. Open Banking will let it see salary payments as well as rental payments automatically, with about 80 per cent accuracy, though contracts of employment still need to be checked manually.

Open Banking and similar services also introduce real time validation of information. While referencing has traditionally been a one-off process, we could be moving to a world in which references are automatically maintained and in which checking references is simply a matter of the tenant authorising access to their data. On RentalStep, another of the relatively new entrants, tenants can update their passports at any time, and their rental payments improve their tenant score every month.

Even without real time access, speed could become more important in a no-fees world. In Scotland, where tenant fees are already banned, applicants are more likely to reserve a property but then sign up for another – leaving the landlord to pay abortive reference fees. The quicker references come through, the less time they have to go elsewhere.

Speeds are getting better. Referencing used to be a two-week, slow-grinding process. Now, it’s far quicker. Heidi Shackell, CEO of The Lettings Hub, claims that the average reference now takes her firm just 1.9 days to process, though she warns, “a full reference can depend on how quickly referees come back.”

Pre-referencing is becoming more common, too. Some reference companies, like Homeppl, now offer an instant automatic check that can qualify tenants in principle before more intensive checks are carried out. Movem – whose founder Peter Ramsey claims it can deliver references up to 14 days faster than traditional referencing companies – charges agents and landlords for a full reference, but gives them a summary for free, allowing them to prequalify tenants. That not only speeds things up but cuts the cost of abortive checks.

KEEP UP WITH THE MARKET

One thing’s certain; lettings agents who are still doing their own referencing risk falling behind. Whether it’s ‘big data’ or just big databases, referencing firms have huge advantages over lettings agents. Andy Halstead of Let Alliance says London has seen a significant rise in organised crime targeting the private rented sector, for instance, renting a flat and then subletting on airbnb. LetAlliance knows exactly what to look for, many agents don’t.

“Lettings agents self-referencing is wrong at every level,” he asserts. “We’re doing 200,000 references a year, it’s system driven, it’s efficient, we’ve seen every scam imaginable, it’s what we do.”

There are alternatives. Paying six months’ rent upfront has become increasingly common for foreign students and professionals moving to the UK, nearly a fifth of all students in the UK in 2015. However, agents who want to take rent in advance need to be careful to draft the tenancy agreement properly to ensure the rent isn’t treated as a deposit.

Eddie Hooker, CEO of MyDeposits, says, “Rent upfront should never be considered as a deposit and does not need to be protected,” but he warns that agents still need to get references and, in particular, need to carry out anti money laundering checks. Besides, he says, “Landlords requesting rent up front may restrict their market and this practice contributes to the public feeling that renting is unaffordable.” In his experience 99 per cent of tenants wouldn’t offer rent upfront, and most simply don’t have the money available.

Housing Hand offers a different solution, providing an insurance-backed guarantor service for overseas students and professionals. It works with over 3,000 accommodation providers and stands as guarantor for tenants from 141 different countries; it now operates in Delhi and Shanghai, so students heading for the UK can get their guarantor sorted out before they come. Lettings agents can also register with Housing Hand, giving them first dibs on tenants with guarantors who otherwise wouldn’t pass the referencing process.

There are some great opportunities for lettings agents. But there’s also a major threat. Quite a few of the new generation tenant referencing and tenant passport businesses are looking as if they will end up as property managers, competing with existing lettings agents. For instance, Conker not only handles references, it also manages rent collection and offers a mediation package. RentalStep looks like a trimmed-down lettings agency, with free referencing for landlords – definitely a threat to lettings agencies which plan to recoup their lost tenant fees by charging landlords – and Movem is now adding listings to its service, apparently aiming to be the Airbnb of the lettings sector.

There’s still a lot to play for – the sector is still going through experimentation and innovation, and it will take a while to see how the impact of the ban on tenant fees feeds through. In the meantime, referencing will remain crucial to the lettings business because, as Andy Glynne says, “The risk from something being done not quite right is very substantial.”