Sign in or Sign up
The essential site for residential agents
Home » Guest Blogs » Brexit vs. Bricks & Mortar

Leaving the EU without a deal will inevitably impact on UK house prices. However, understanding and predicting the scope of this impact is a whole other ball game, driven by a complicated set of competing variables. A recent report from the accounting giant KPMG, on 2nd September, indicated that house prices could drop by six per cent in 2020 if a no-deal Brexit is the final legislative outcome. According to the report, London and Northern Ireland stand to be the worst affected, with house prices falling by up to seven per cent and 7.5 per cent respectively.

Impact on forecasting house prices after a no-deal Brexit

Quantifying the potential extent of house price declines following a no-deal Brexit is especially difficult in a market that’s notoriously hard to predict.

The KPMG report puts an average decline of six per cent as the approximate headline figure, but even KPMG is level-headed about the accuracy of their analysis, with a drop of between 10 per cent and 20 per cent “not out of the question” if the market has a stronger than anticipated reaction.

Forecasting confidence levels is critical to determine house price, sentiment drives shifts in direction but it’s not always rational, in analysing reaction to a seismic shift in the UK’s international presence, the challenge is significant, there’s no historic data with which a comparative analysis can be drafted.

The UK is most likely to remain as a desirable property destination, irrespective of Brexit potential outcomes.

The UK property market hasn’t reacted as predicted under Brexit conditions, with the recent rise in mortgage approvals one such example of the opaque and unpredictable shifts in market behaviour.

Given the variable factors at play muddying the speculative waters, most predictions and analysis is split.

KPMG’s prediction that London house prices are likely to be worst affected following a No-Deal Brexit, regardless of the outcome, is a rational analysis. The capital is the UK hub of foreign investment by a wide margin, so it’s logical that any Brexit aftershocks will fall on London most substantially. In addition, prices in the capital are already on the decline (or a correction given the years of above-inflation price growth), making additional falls increasingly likely if an agreement between the UK and the EU fails to manifest.

Furthermore, it’s probably a sensible assessment on KPMG’s part to anticipate more moderate declines in nationwide house prices, in comparison to a recent warning from the Bank of England that a No-Deal Brexit could precipitate a 30 per cent collapse in house prices.

The UK is most likely to remain as a highly desirable property destination, irrespective of Brexit and its potential outcomes. So, although we should anticipate a decline in house prices, the suggestion from Bank of England Governor Mark Carney that Brexit will chop a third off the value from UK property should be taken as highly improbable.

Although it’s near impossible to make any accurate post-Brexit conditions, what is clear is that post-referendum conditions have substantially impacted on UK property since 2016. The political uncertainty has hit consumer confidence, leading them to take a cautious approach to purchasing decisions while awaiting greater clarity on the issue of Brexit.

The capital has not fared well here, with uncertainty leveraging substantial pull on the UK’s headline property market; but strong price growth in Scotland and the North of England shows considerable resilience.

Looking ahead to any post-Brexit impact on the housing market, the main focus of the government of the time should be to take measures that can stem the shock of a housing crisis, should it occur.

Keeping the housing market aloft can be facilitated through an interest rates adjustment, delaying or reducing stamp duty, or perhaps even incentivising pensioners to downsize.

Brexit isn’t going to be the final nail in the coffin for the UK housing market. Our industry has long stood its ground against one major market crisis after another, and this will eventually, be another footnote. 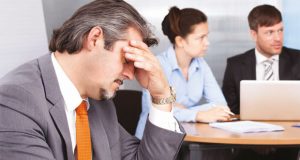 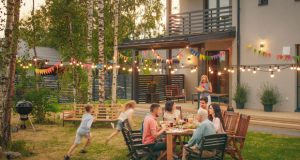 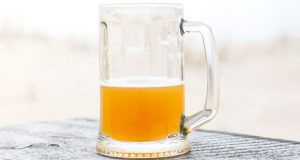 Are there reasons to be cheerful?