How to catch rising stars

Andrea Kirkby discusses how to spot, train and create future leaders in your business. 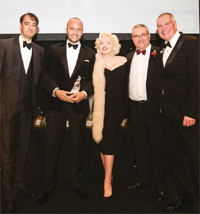 Many training resources are focused on new entrants to the sector – getting them up to speed before letting them loose on customers. But what about the rising stars – the handful of people you just know are the next generation of business leaders, the really top performers?

The problem is that really great negotiators don’t tend to do well in classrooms. Typically, they’re extroverts, not bookworms, as Patrick Howell (above), The Negotiator Awards Rising Star of 2015 and founder of Patrick Henry estate agents, says. “I was never good at being in a classroom,” he admits. “Being lectured is not a proactive way of spending my time, being in an office was what helped me develop my skillset.” 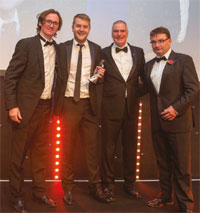 Andy Thompson (right), too, The Negotiator Awards Rising Star 2016, says that while classroom training is useful, it was really people and the office environment that made the difference to his career. Basic valuation maths can be learned from books, but not the complex and multiple factors that affect property investment in the real world.

Working with successful property investors, business people, I’ve found they see in you a bit of themselves and take you under their wing. Andy Thompson, SDL Auctions.

What comes through very strongly from both these rising stars is that it’s been people that made the difference. Patrick Howell says the single most important impact on his career development was “having a dragon for a first manager. She was a very strict, authoritarian manager, who led by example. That was what really worked for me, having someone who could talk through any situations. She’d pick me up on things and say you do it like this, and this is why you do it like this.”

He still sends her flowers every year. But, he says, though in his own business he tries to lead by example, he doesn’t do things exactly the same way, he’s written a handbook to set out the philosophy and rationale behind the way he does things, and offers that to staff. And he tries to be less fearsome.

For Andy Thompson, though he learned a lot in his workplace, the biggest influences on him were his customers. “Where I’m lucky,” he says, “is that I’m working with property investors who are often successful business men and women, and I often found, particularly in my mid-twenties, these people see in you a bit of themselves when they were that age, and take you under their wing.” It doesn’t matter that they had succeeded in businesses that had nothing to do with property; they still taught him a great deal about how to do business. “I’ve definitely been stamped by my clients,” he says.

Some of those who were his biggest inspirations also gave him the idea of “giving something back”. He’s now involved in homeless charities and in other community programmes. And he says his charitable involvement does have a positive business effect, though that’s not the reason he does it.

He believes that seeing the broader picture helps him cope with change. “Things are always changing,” he says. “If you do the job with your blinkers on, you would only understand return on investment, not the real background. And if you’re only looking at a yield-driven investment, you won’t be able to respond to changes in the environment.” From his point of view, getting out of the office and on to the streets, getting away from the paperwork and talking to people, is the best way to ensure you really understand the property market in depth.

THE WILL TO WIN

The two Rising Stars also share another feature – a willingness to learn and to change. Andy Thompson admits that “there’s a lot of ego in the property business,” but he says, “you have to be willing to learn; my motto was always let’s not run before we can walk.” And he adds, “it’s not academic, this business, you have to get your hands dirty.”

Even areas some employees would regard as off-limits need changing. Patrick Howell says, “My first manager would even correct my spoken English. She was absolutely right.” He doesn’t think he’d have made it to running his own agency if he hadn’t learned to speak ‘properly’ and to change the way he presented himself. He says with an Irish grandad on one side of the family and a Jamaican grandad on the other, “dealing with upper middle class white people was a massive challenge. So I needed to adapt. It’s massive hubris to think you can be the best you can be without changing yourself.”

It seems that to some extent, you don’t train rising stars – they do it themselves. DIY in the strict sense for Andy Thompson, who got involved in property renovation very early in his career. He bought at auction. “The property had been empty for 19 years and it needed absolutely everything doing, and I didn’t get a survey, and cobbled together the money somehow. There’s something great about being young and fearless. It’s not the way I’d do it now!”

He still has the property, and says “it was definitely a learning experience” – he’s been a buyer, he’s been a landlord, and he understands the common mistakes because he’s made quite a few of them.

Patrick Howell does a lot of reading, preferring practical books on self-development and business. He cites a couple of books which have provided him with inspiration, Rich Dad, Poor Dad, “which changed my way of thinking about money”, and Irresistible Persuasion which he credits with “changing my way of speaking to people – now I do a lot of thinking about how I’m going to say things, before I actually speak”. He also likes the Blinkist app, offering condensed versions of non-fiction books – it reduces the time he needs to invest, getting straight to the basic message of the book, he says.

A training manager might be forgiven for despairing with rising stars. They hate classrooms, they find inspiration from all kinds of unusual places, they train themselves, so are they a lost cause for corporate training?

Caroline Richings, Group Estate Agency Training Director at Connells Group, runs a training programme called Rising Stars that’s been going since 2008. Yes, she says, conventional lecture style training will fail to engage these individuals. “They don’t like being sat in classrooms!” But she finds a number of strategies that work well to engage them. First of all, she says, plan for a short attention span, “We try to keep the course as diverse as we can, and we use short, sharp bites of content.” And the class based sessions aren’t just chalk and talk; she says “it’s all about facilitating – lots and lots of facilitation,” so that the delegates are actively involved in discussing ideas and giving each other feedback. 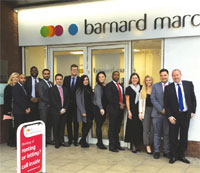 Getting on the Rising Stars programme isn’t easy; “It’s kept for the crème de la crème, we make them feel special, they’re even hand-delivered their invitations.” Far from the reluctant feeling of being dragged into a classroom, delegates are excited to have been singled out – though possibly a little apprehensive.

The programme also works on a very personal level with the individuals involved to achieve personal as well as career development. Caroline Richings says, “A rising star will already know what their weaknesses are, and we do draw attention to those. We say, if you tweak that over here, how cool would that be?” She says as many good negotiators tend to let their focus on sales get the better of them; “they can get tunnel vision, they can get selfish and ignore the other people in their office.” Others need to work on their confidence in formal presentations. But unlike many training courses which start from the assumption that the delegates don’t understand most of what’s being taught, Rising Stars operates on the basis that 98 per cent of what the delegate is doing is fine, but the other two per cent needs a little extra attention. “It’s just about tweaking it,” she says, “to make them more effective.”

Each participant gets feedback from Caroline Richings, from the divisional director, and from other participants; part of the course is dedicated to talking about how to give constructive feedback and support colleagues in their development. Each delegate also has a Smart Action Plan, which they discuss with their director, and on the last day of the course, each of them has to give a ten-minute presentation on “what they’ve taken from the course and how it has helped them in the business, what changes they’ve made.” That’s absolutely tailor-made to the individual, no two presentations are ever quite the same, very different from a facts-based exam.

As for DIY, while Connells Group isn’t about to help its young stars purchase run-down buy-to-lets, Caroline Richings says the Rising Stars programme aims to help them find their own way to self-development. “We show them that personal development is at their fingertips, and they can seek out self-development through podcasts, watching Youtube clips, all kinds of resources that they can use.” Because rising stars are keen and motivated, they will actively seek out what is useful to them and when that is supported by managers and divisional directors, it becomes a really potent way to help those individuals contribute to the business.

That’s why the programme is, according to Richings, “an integral part of the business”, leveraging just four days “in the classroom” over six to nine months of active involvement. And looking at the results, it seems to work very well, with a majority of past delegates having been promoted within the business.

Perhaps the most important lesson the rising stars have to teach, though, is simply that a business needs to engage them properly. If they’re bored, they’re disruptive; if they’re not learning and moving upwards, they’ll go elsewhere. Help them round out their learning and rub off the rough edges, and their own motivation and talent will help the business take off.